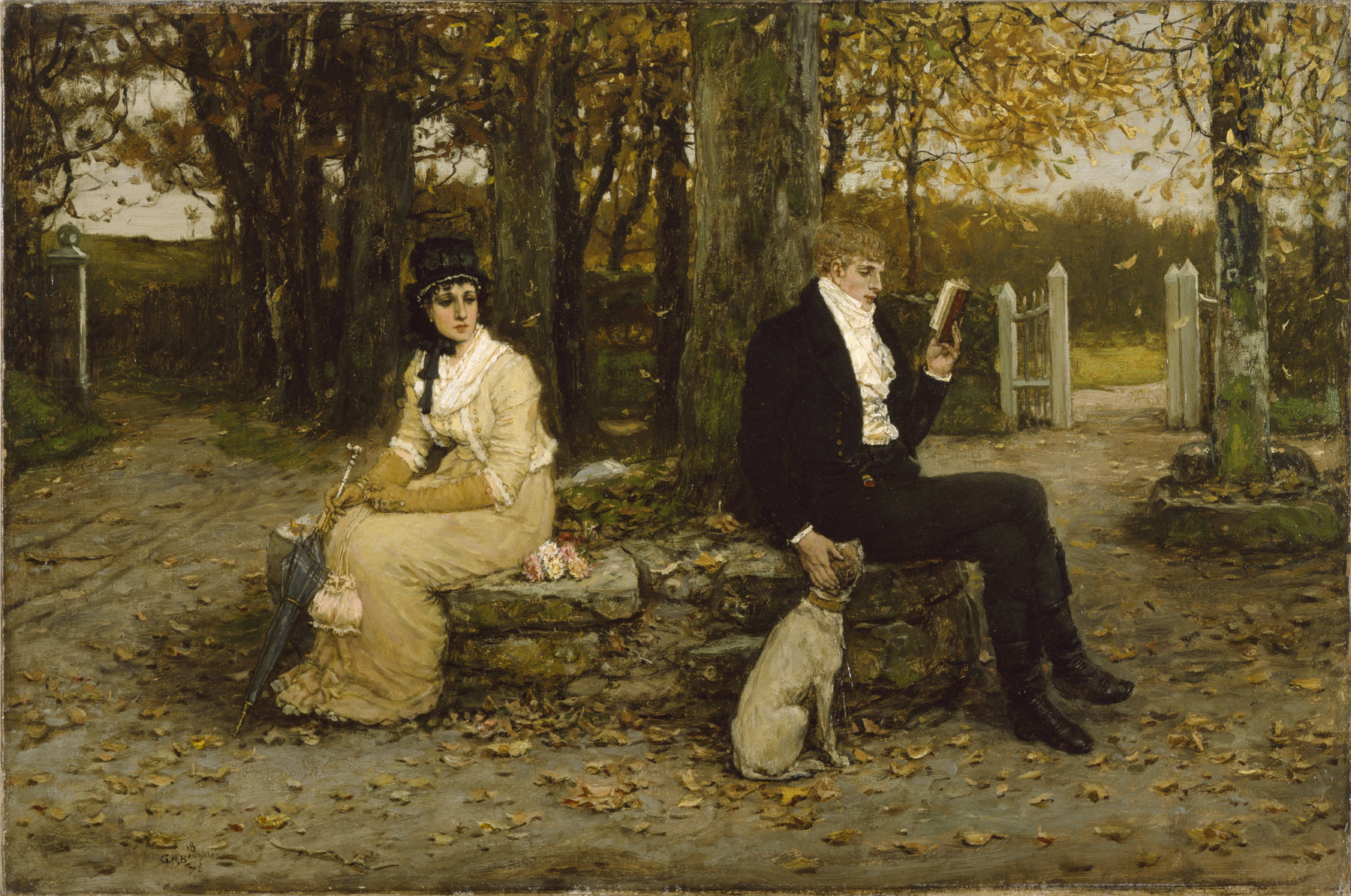 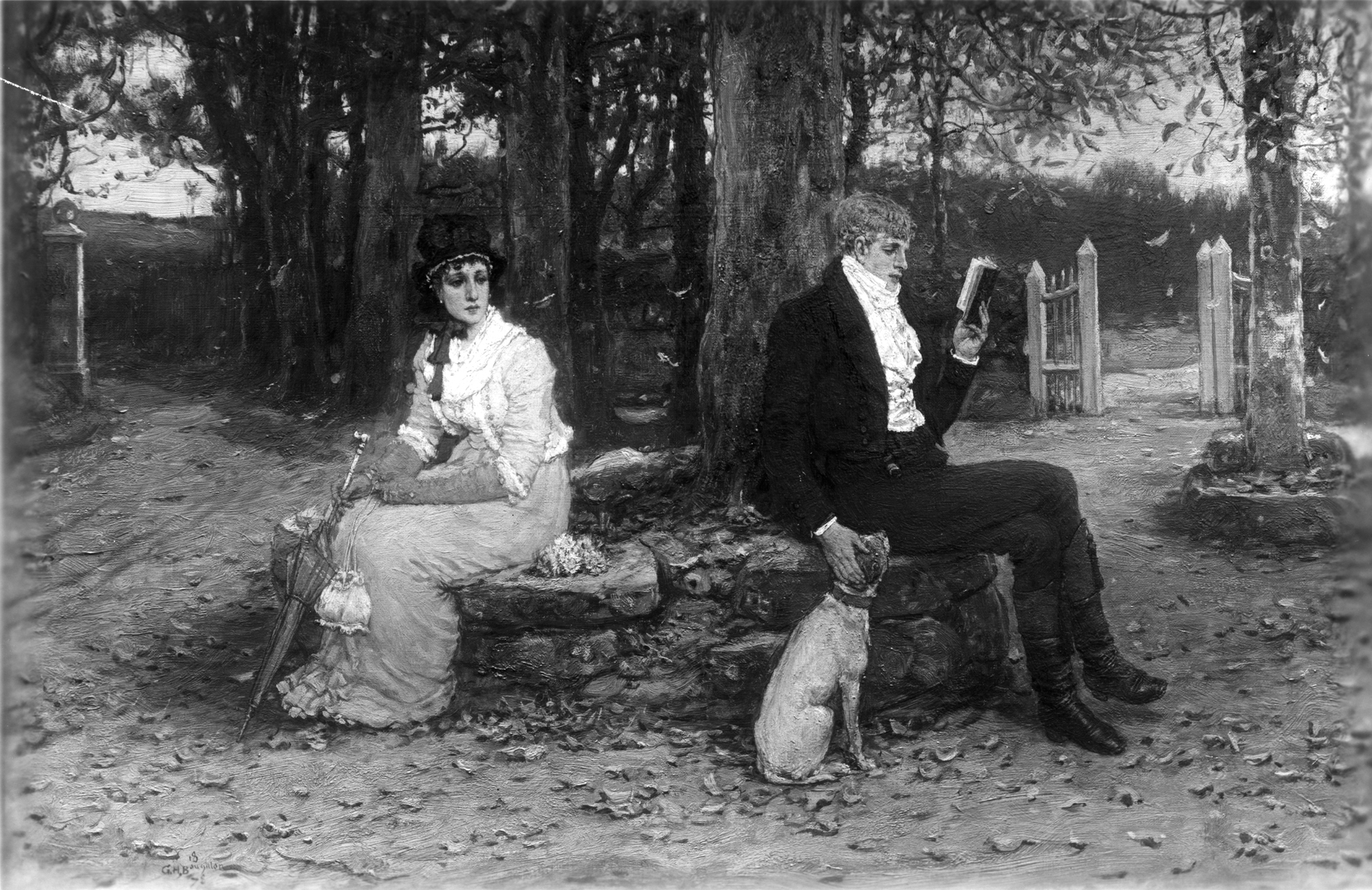 Boughton was the son of a Norwich farmer who was taken to America while still an infant. He initially opened a studio in Albany, New York, listing himself as a landscape painter. He eventually settled in London where he produced historical genre scenes, many of which were set in New England. This painting is set in the English Regency period. A young couple is seated at the fork of diverging paths. As noted by the artist, this is an ominous sign for their furture:

"A young pair are seated under a tree- late autumn, the big leaves all about- he is reading a book and carelessly caressing his dog; and she is pouting prettily, but thinking no pretty thoughts of him. (Excerpt from a now unlocated letter from Boughton to W. T. Walters reproduced in the early Walters catalogues).