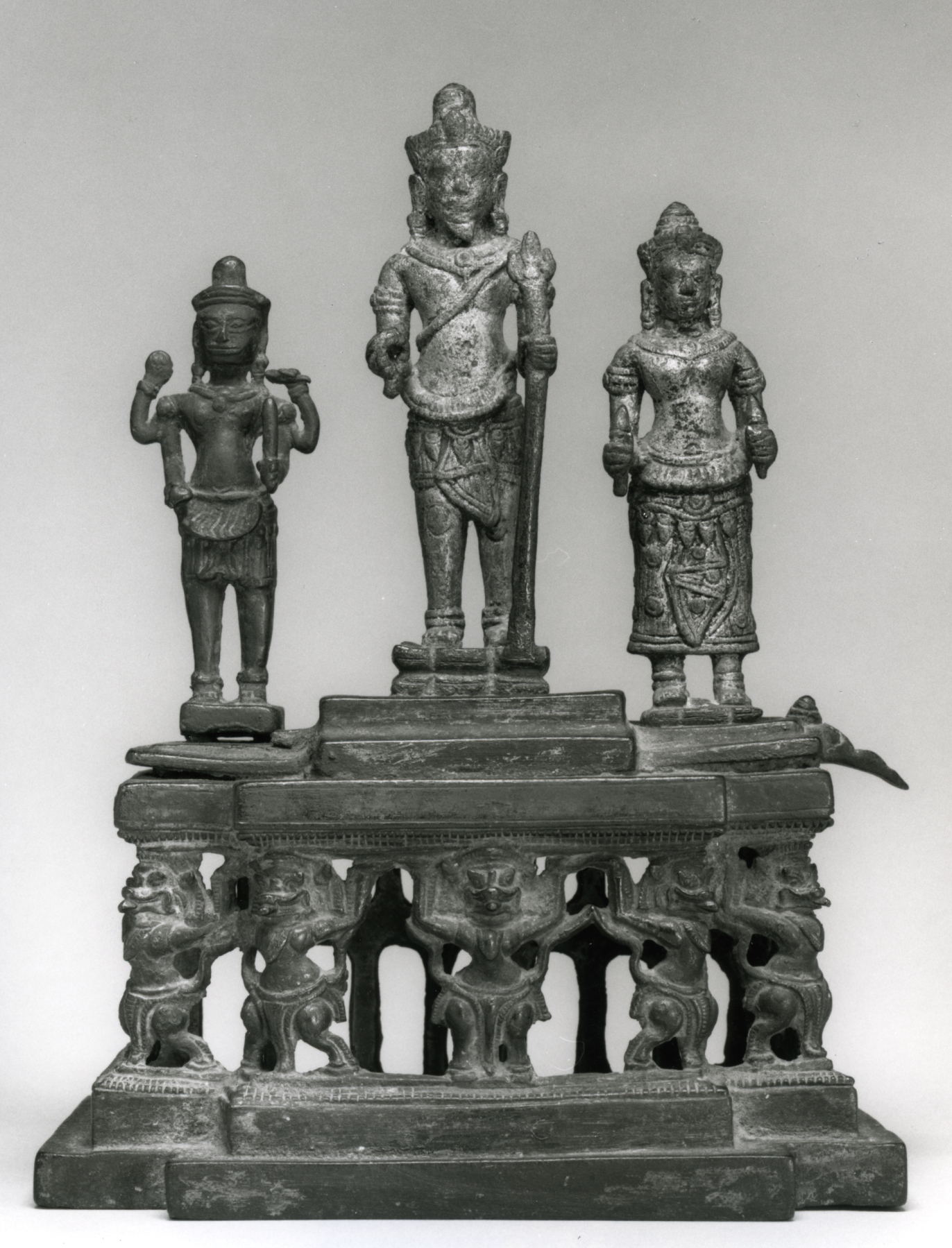 This interesting object is an amalgamation, but an amalgamation of long standing. The oldest part is the lower base with lion supports. This was originally the lowermost part of an altarpiece.

The two main figures, Shiva and Lakshmi, wear garments with attached floral medallions. Siva holds a trident in his left hand and a rosary in his right, Lakshmi holds two lotuses. The third element is the Vishnu at left. Physical evidence indicates that it was added to the ensemble in recent times.