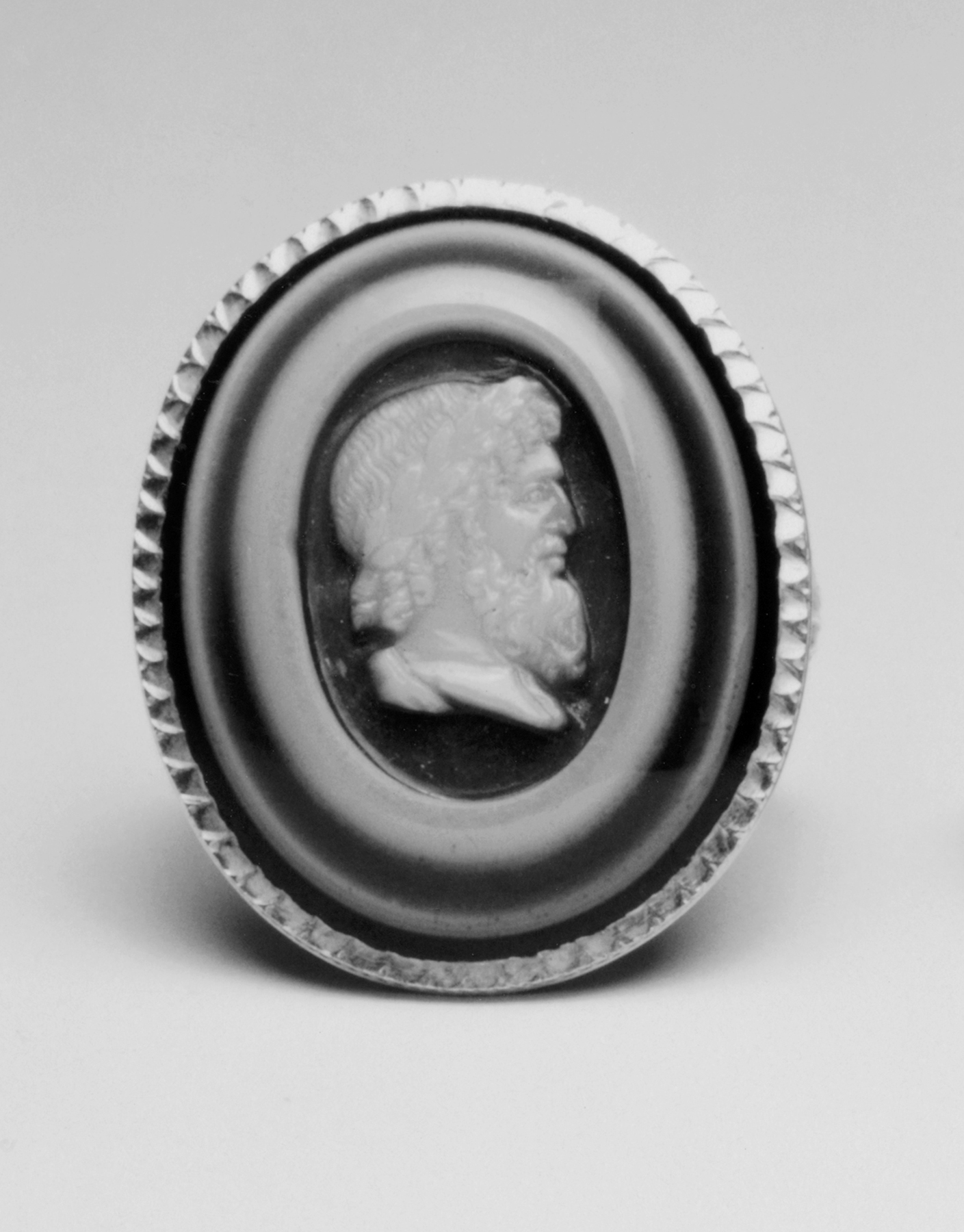 Ring with Cameo of the Head of Jupiter

This ring, with an exceptionally fine cameo of the Roman god Jupiter, came from the famous collection assembled by the fourth Duke of Marlborough (1739-1817) who lived at Blenheim Palace in England. The Marlborough gem collection, of around 800 pieces, was the largest in Britain and considered the greatest collection anywhere in private hands at that time. Ninety-two of these gems are now in the Walters Art Museum, including this one.