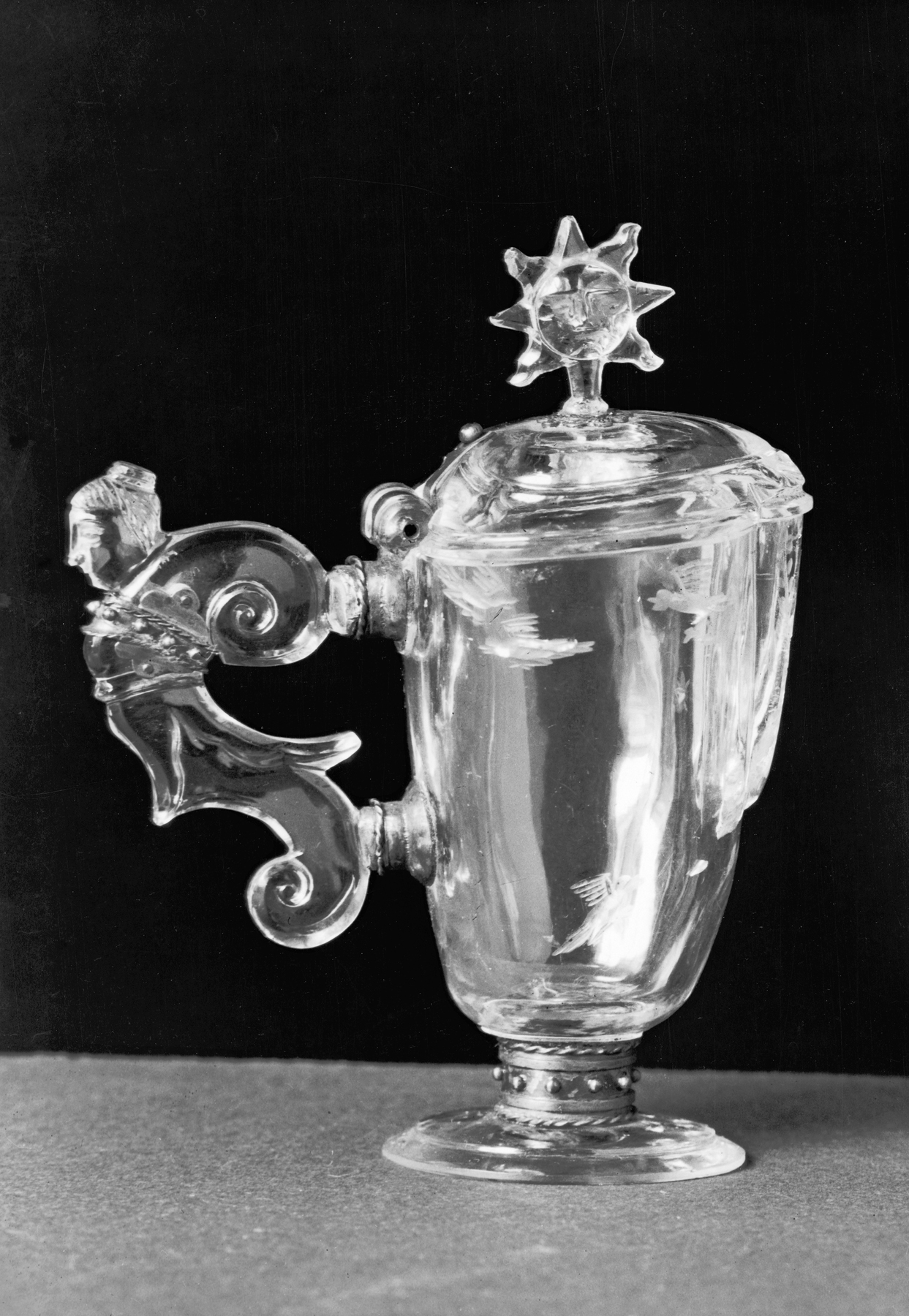 Cruet with Figure on Handle

This artfully crafted cruet, along with its pendant, Walters 41.95, have a sun and a moon on the lids, human heads growing out of the fancifully shaped handles, and only very discrete engraving on the body of the vessel. They generally reflect the style associated with the workshop in Milan of Giovanni Battista Metellino (active 1680s-1720s) around 1685. They could have been used during ceremonial banquets in a noble household; however, objects seemingly made to fill a function often were acquired just for display in a collection. King Louis XIV of France had similar pieces in his collection. 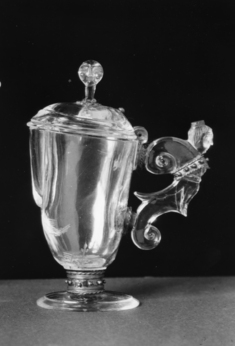 Cruet with Figure of a Woman on Handle