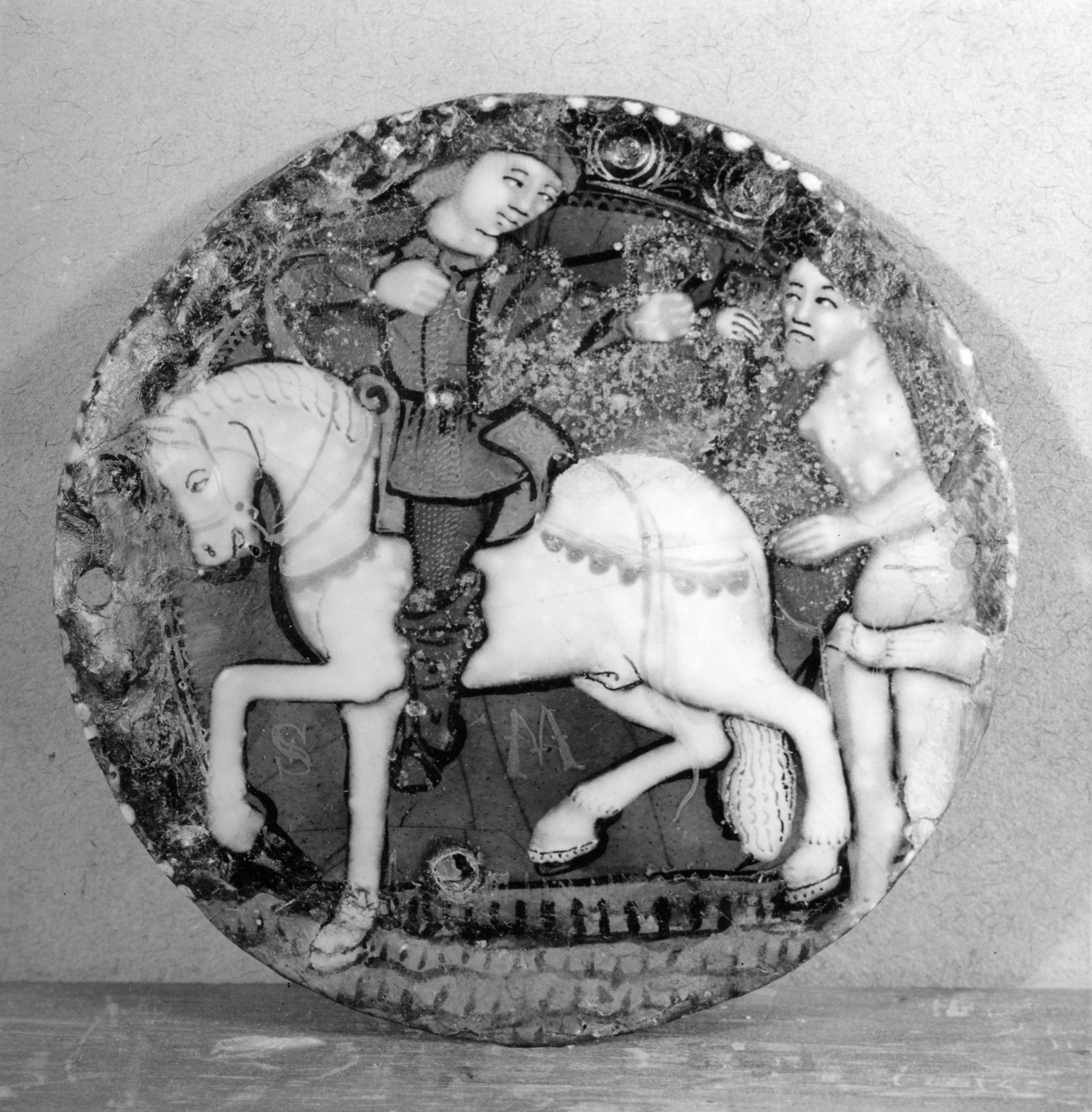 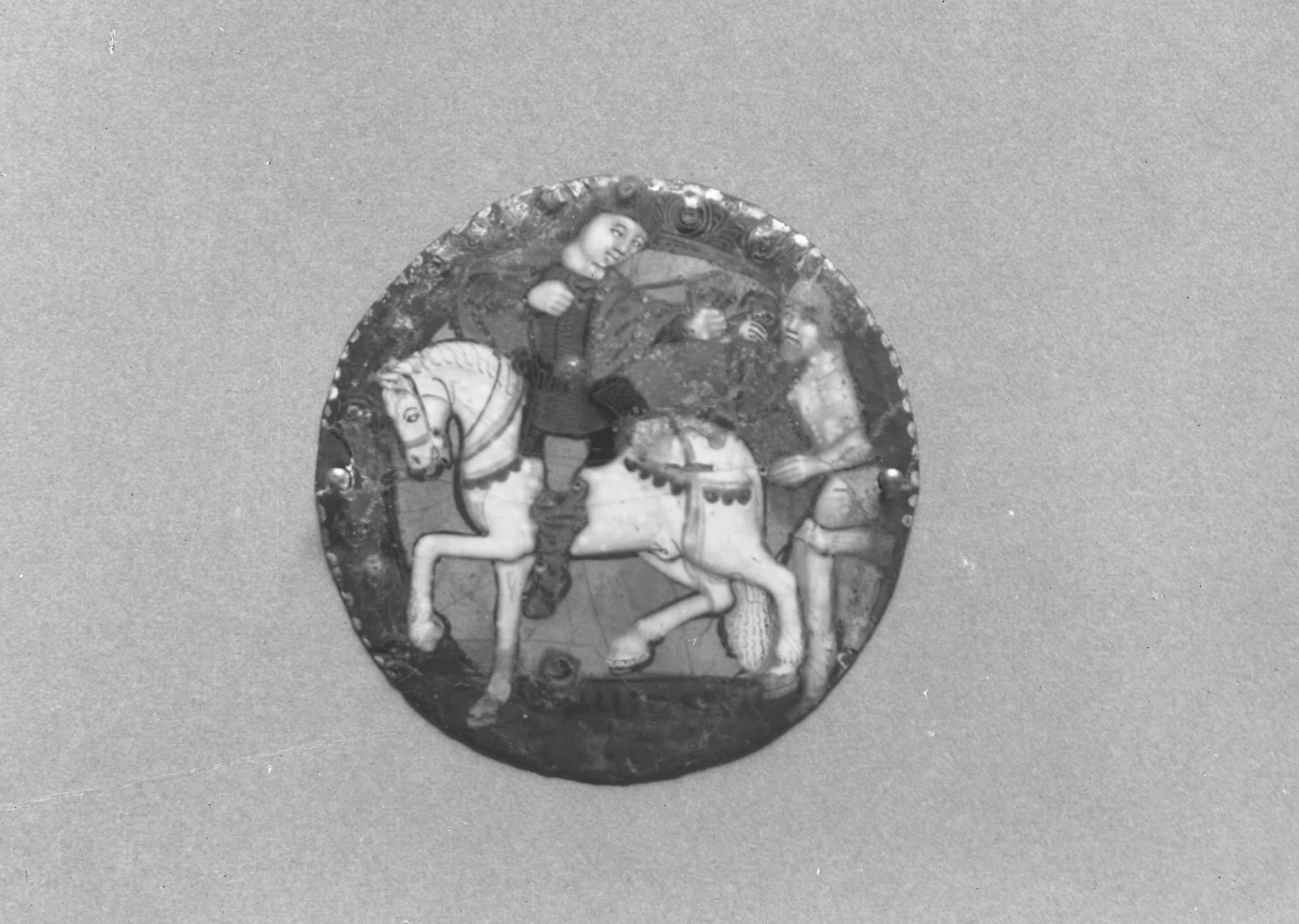 St. Martin and the Beggar

The hat badge depicts St. Martin and the beggar, represented according to the usual iconographic type: the youthful saint, riding a horse, turns in his saddle towards the beggar and cuts his cloak in two to share it with him. Very often the beggar was represented as a cripple in rags with a wooden leg. Here he is naked, except for a loin-cloth.

The border is studded with "jewels" in raised enamels over foil spangles, with gilt scrolls between, and an outer line of drops of white enamel. Inscribed in faded gilding in the blue ground between the legs of the horse: SM (Sanctus Martinus).