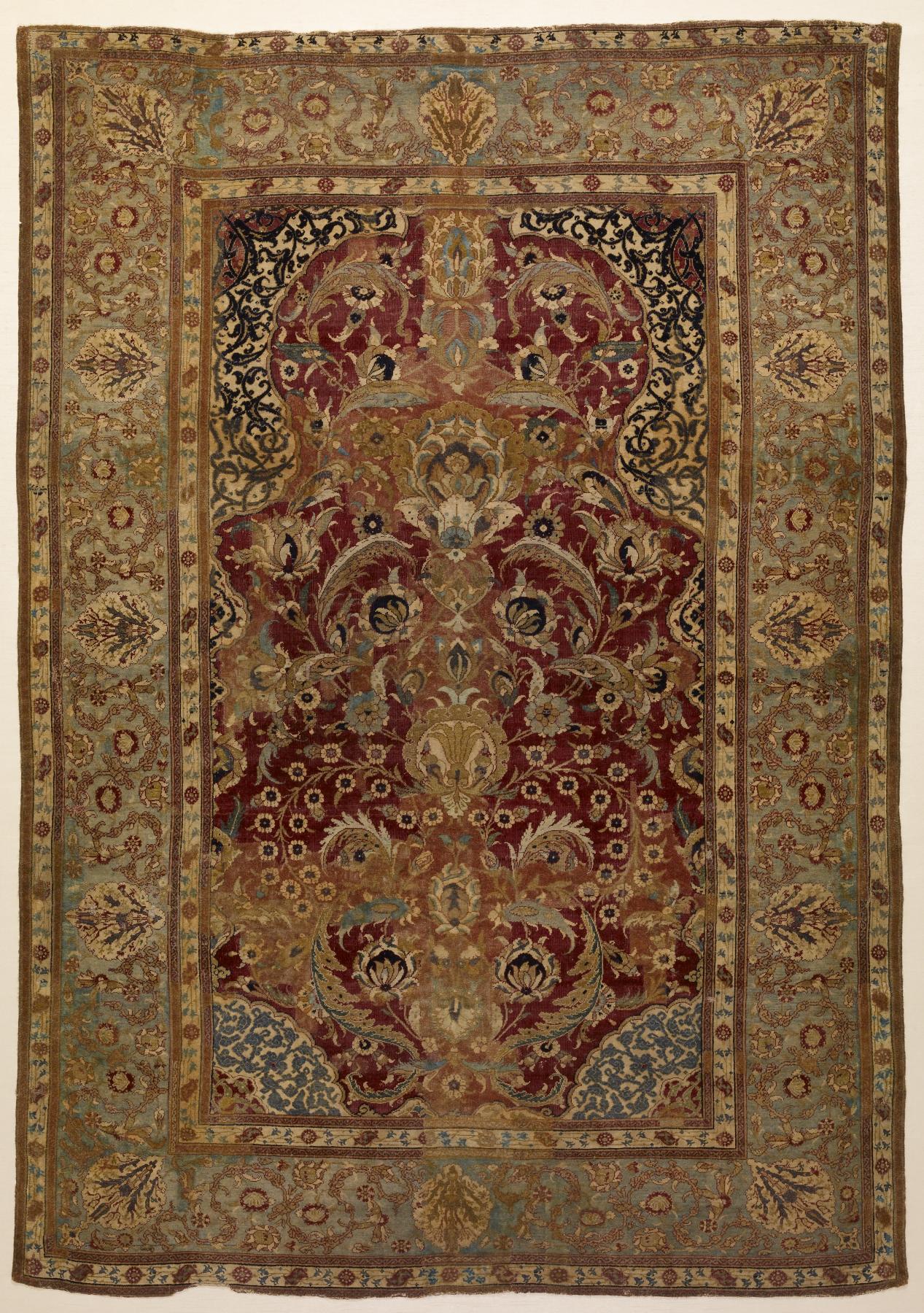 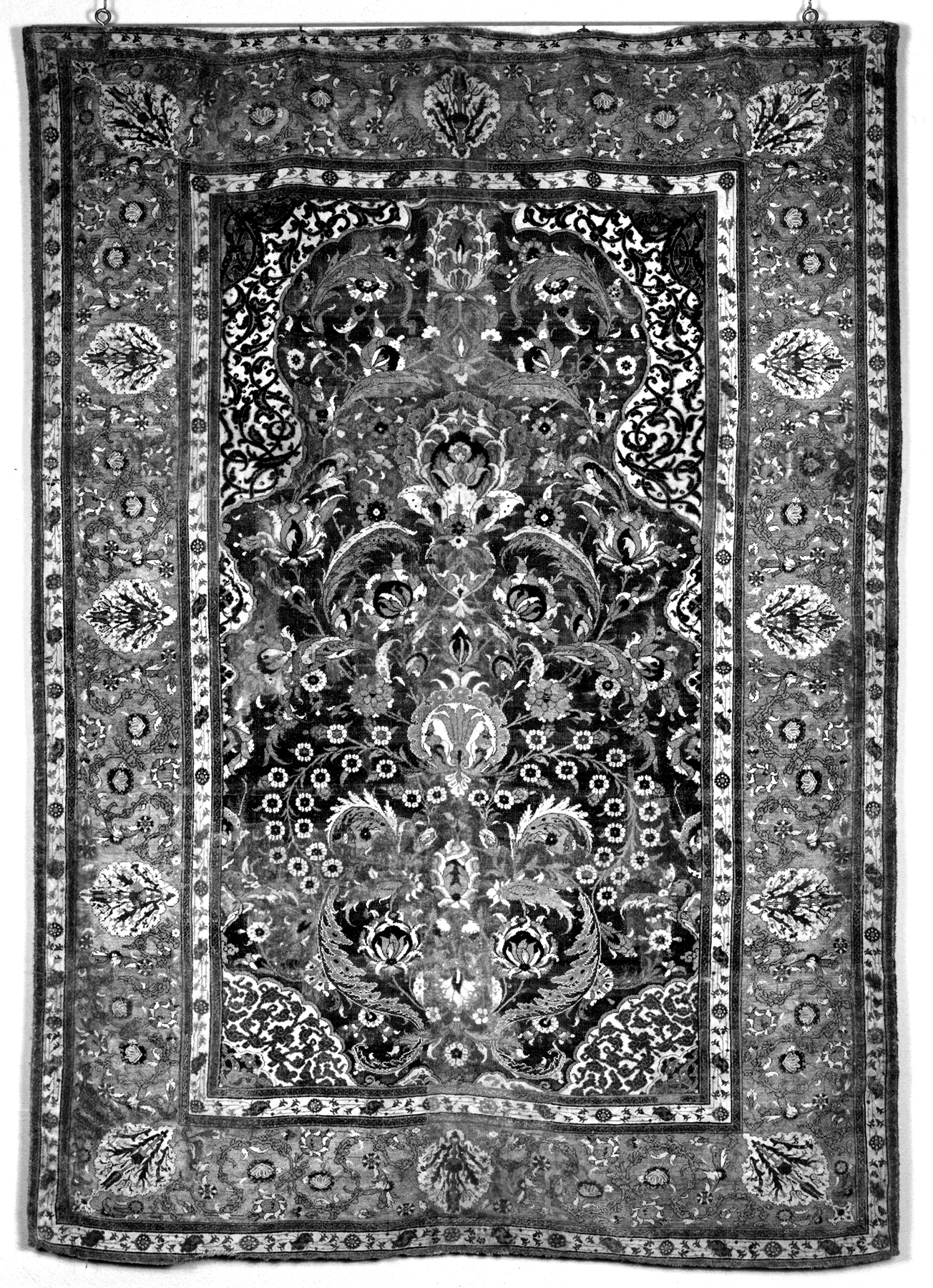 During their daily prayers, Muslims traditionally roll out small rugs to cover the ground, creating a ritually clean space for their devotions. Likewise, the floors of mosques, which are places of communal worship, are covered with carpets on which Muslims perform their sequence of prayers.

Islamic prayer rugs vary enormously in decoration, but they frequently feature a framed panel with twin columns supporting an arch that represents the mihrab, or niche in the wall of a mosque, indicating the direction of prayer toward Mecca. The design of this 16th-century Ottoman rug depicts a beautiful floral pattern with blossoms and leaves; the main border displays medallions with tulips and hyacinths. While the central arch has no columns to reflect the prayer niche, the arrangement of the blossom pattern is a kind of floral translation of the architecture.