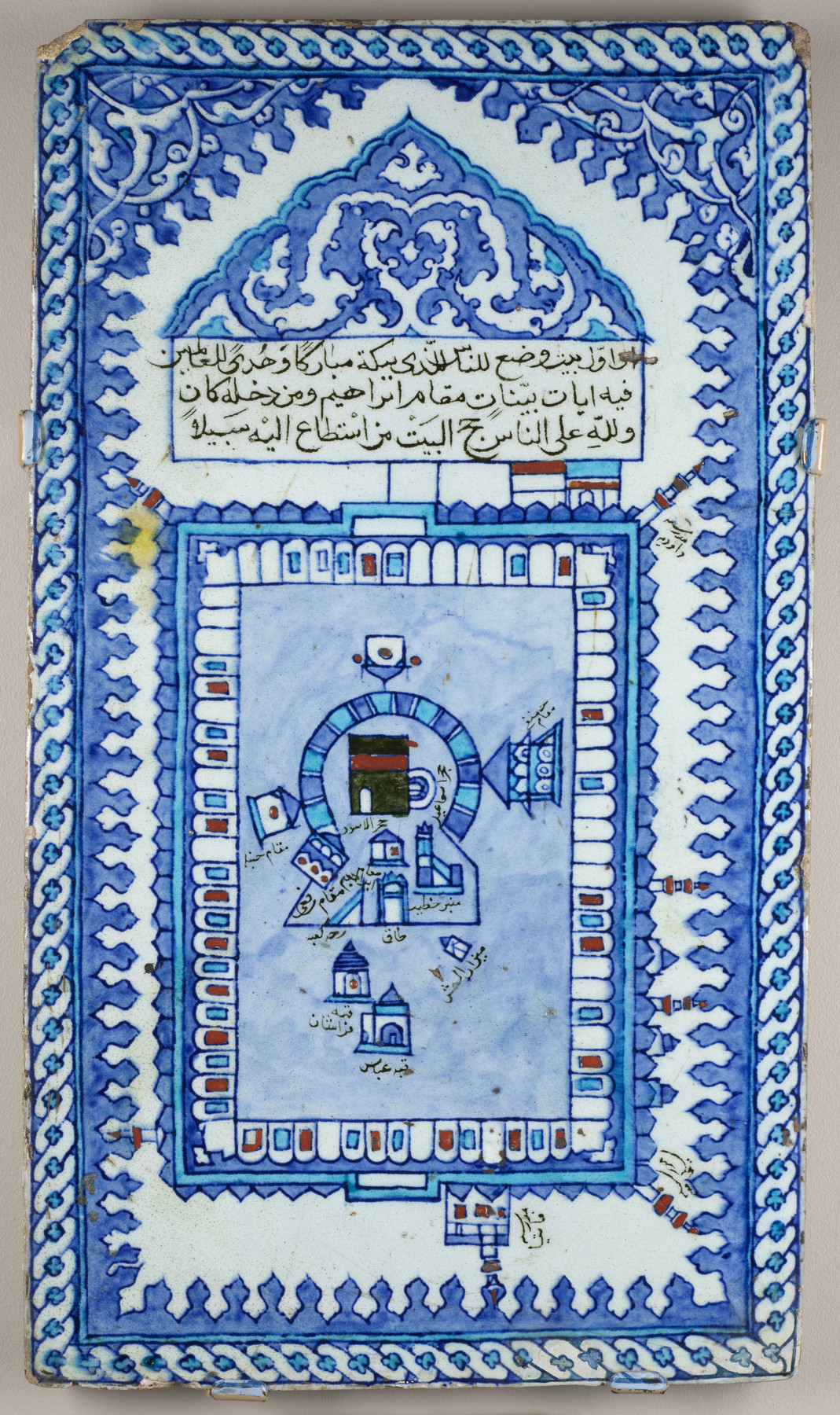 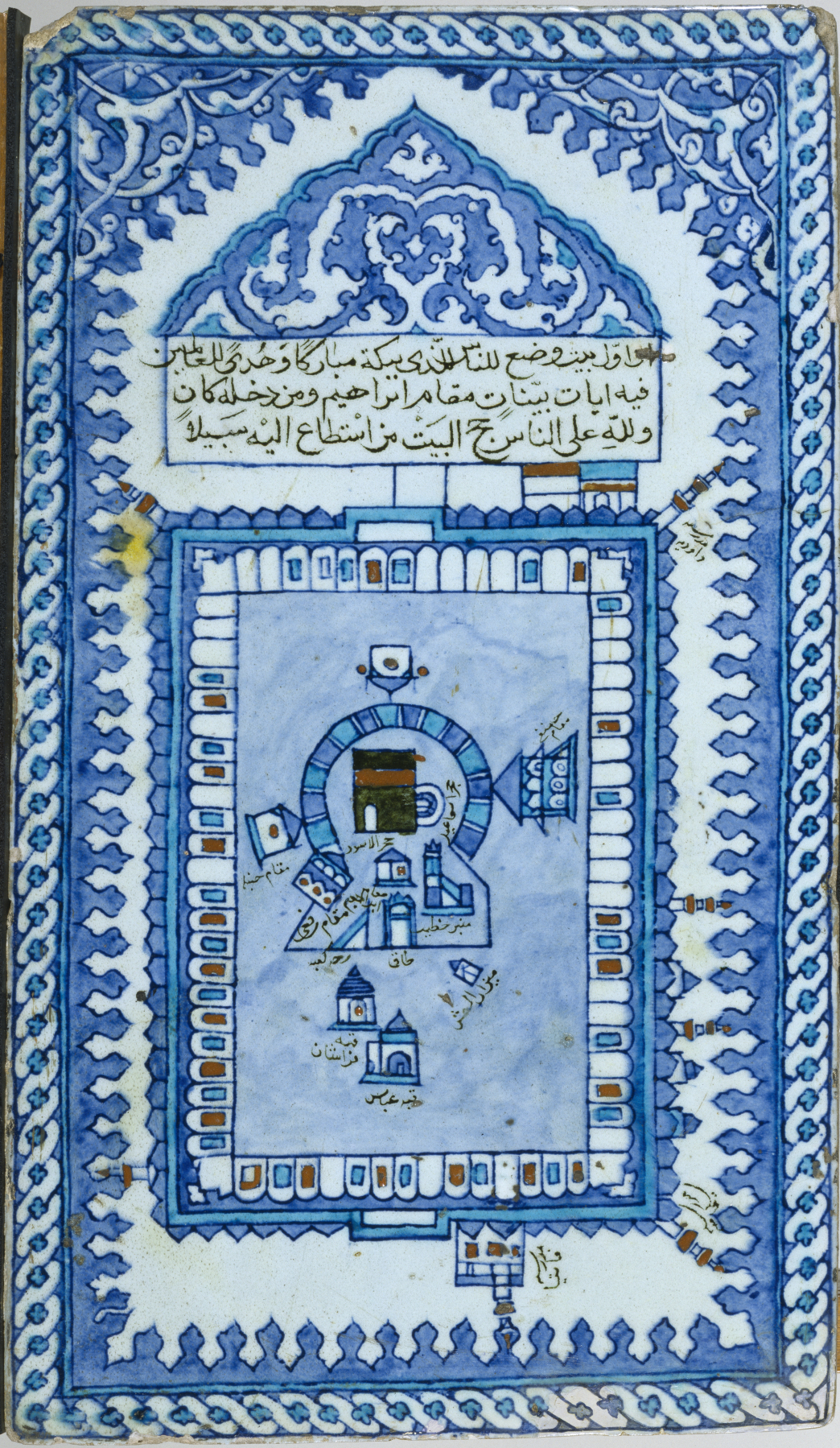 Tile with the Great Mosque of Mecca

The Arabic writing in the upper part of this plaque is from the Qur’an and encourages Muslims to make the hajj—the pilgrimage to Mecca, birthplace of the Prophet Muhammad and the spiritual center of the Islamic world. Beneath the inscription is a representation of the Great Mosque in Mecca, surrounded by a rectangular portico. At center is the Ka‘ba, Islam’s most sacred shrine and the place to which Muslims pray. In Mecca, pilgrims walk around the Ka‘ba as part of the hajj ritual. Tiles such as this one may have been created to remind Muslims of their obligation to make the pilgrimage and introduce potential hajji, or pilgrims, to the places and practices they would encounter. It also could have functioned as commemorative plaques for contemplation following a hajji’s experience at the Ka‘ba.

[Translation] From Qur'an 3: 96-97: The first House established for the people was that at Bekka (Mecca), a place holy and a guidance to all beings. Therein are clear signs- the station of Abraham, and whosoever enters it is in security. It is the duty of all men towards God to come to the House a pilgrim, if he is able to make his way there.