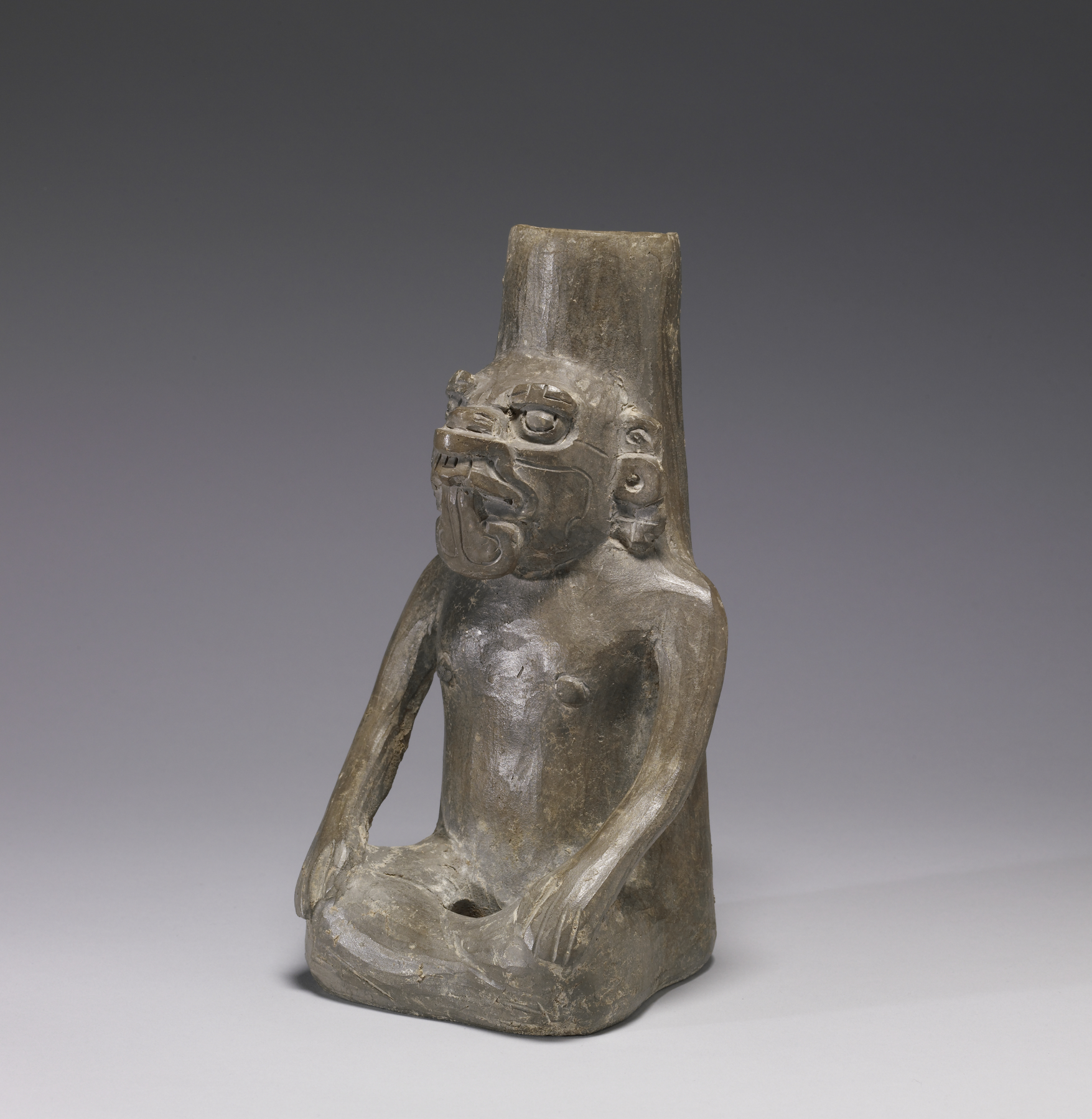 Figural Urn of a Masked Deity

This funerary urn presents one of the most important Zapotec deities, Cociyo, the Lightning/Storm God. Such urns were placed in elaborate tombs, often in groups. Zapotec tombs were regularly re-entered for ancestor veneration, when incense may have been burned in the urns.

As is typical of figural funerary urns of the Zapotecs, this piece is made of fine grained gray clay, with smoothed and burnished outer surfaces. In several respects, however, this example is unlike most known examples. First, the figure lacks any indication of clothing or a headdress- features all but ubiquitous on Zapotec urns. While the face carries sufficient decorative treatment to identify the deity (split tongue, mask-like mouth assemblage, eyebrow treatment) more glyphic-like elements normally appear in the headdress, on the chest as pectorals, etc. Such motifs clarify the identity of represented ancestors or deities. It is plausible, however, that these costume elements were made of organic materials lost to time. Second, while the crossed leg articulation is the norm, the feet are normally indicated with an additional rectangular slab of clay, whereas here the feet are indicated by rather cursive incisions alone. Two possible explanations for these variations are: this example is particularly early, and/or the piece may be a regional variant of the type.