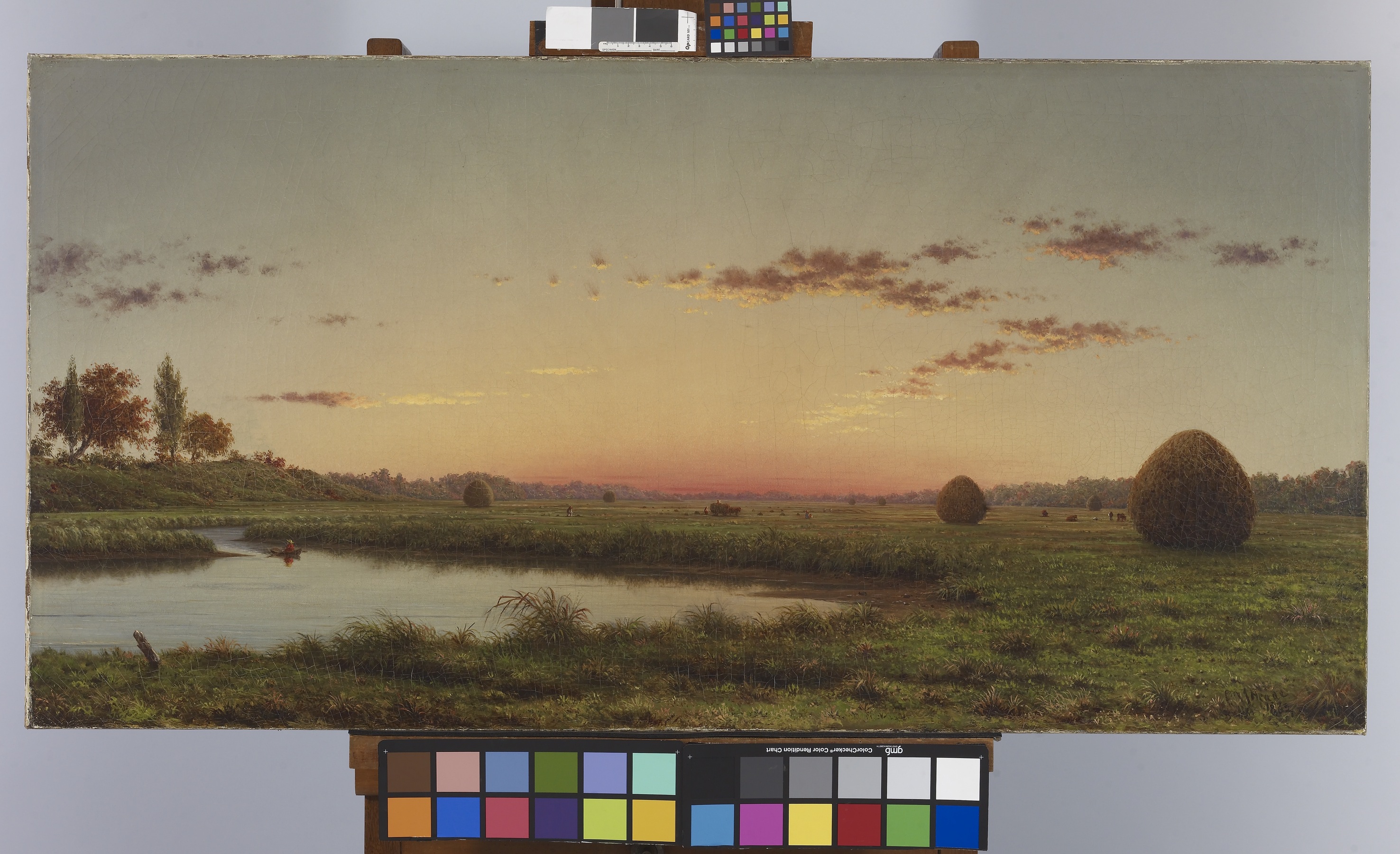 Haystacks on the Newburyport Marshes

It took Heade several decades to arrive at the mature landscape style for which he is now admired. Initially trained in the studio of sign-painter Edward Hicks, Heade traveled constantly during his early career, both in Europe and America, and was probably most influenced by the art of Frederic Edwin Church. Eventually, he developed his own, unique approach to his landscape motifs, adopting an unusually broad format that allowed him to emphasize the drama of wide vistas like this one.

Unlike the artists associated with the Hudson River school of American landscape painting, Heade was fascinated with the momentary as opposed to the eternal, often painting from nature in an attempt to capture the ever-changing conditions of light and atmosphere. In this sense, he anticipated the preoccupations of the impressionists.

This painting depicts the salt marshes at Newburyport, Massachusetts. It dates to Heade's earliest experiments with what would become a favorite format and subject matter.