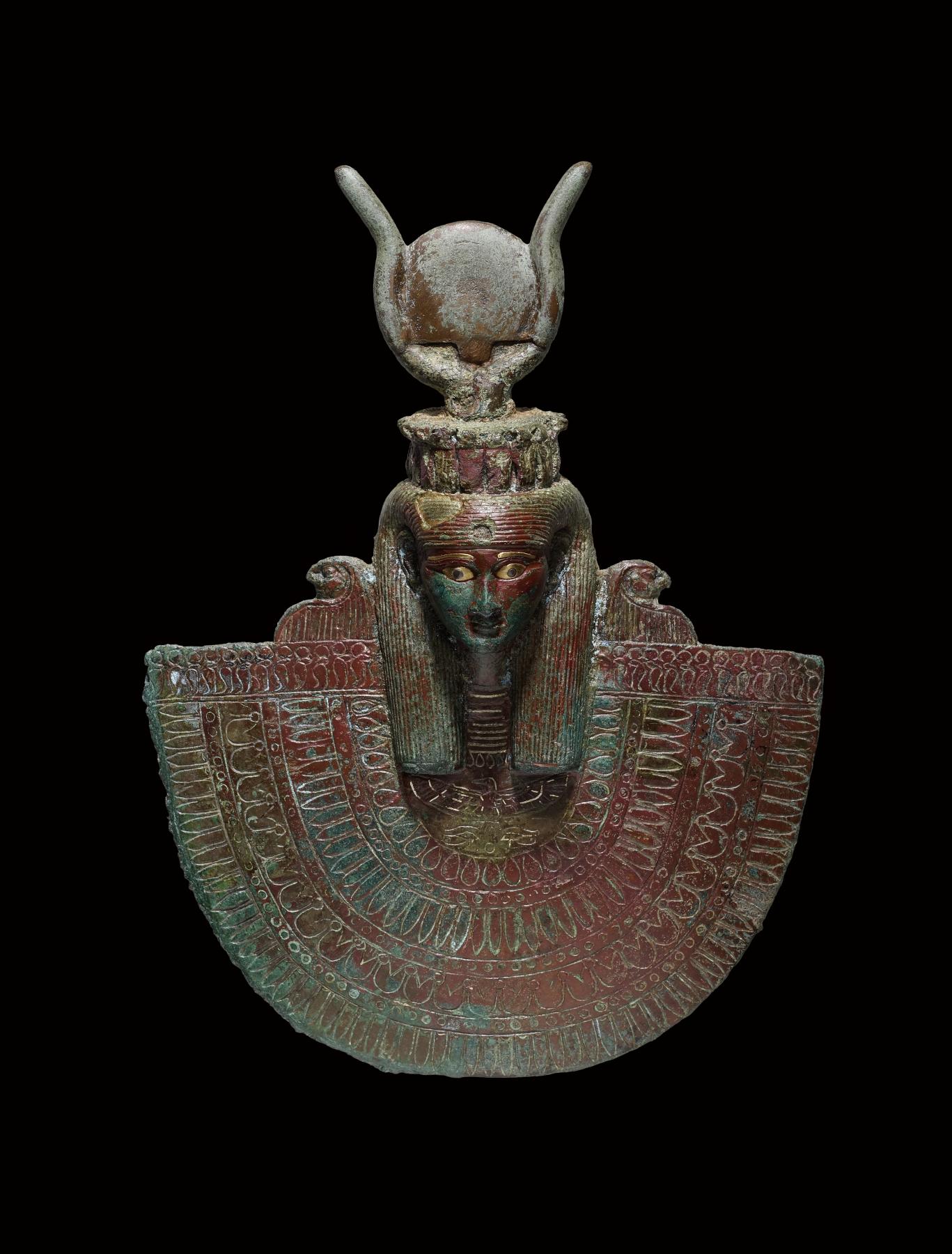 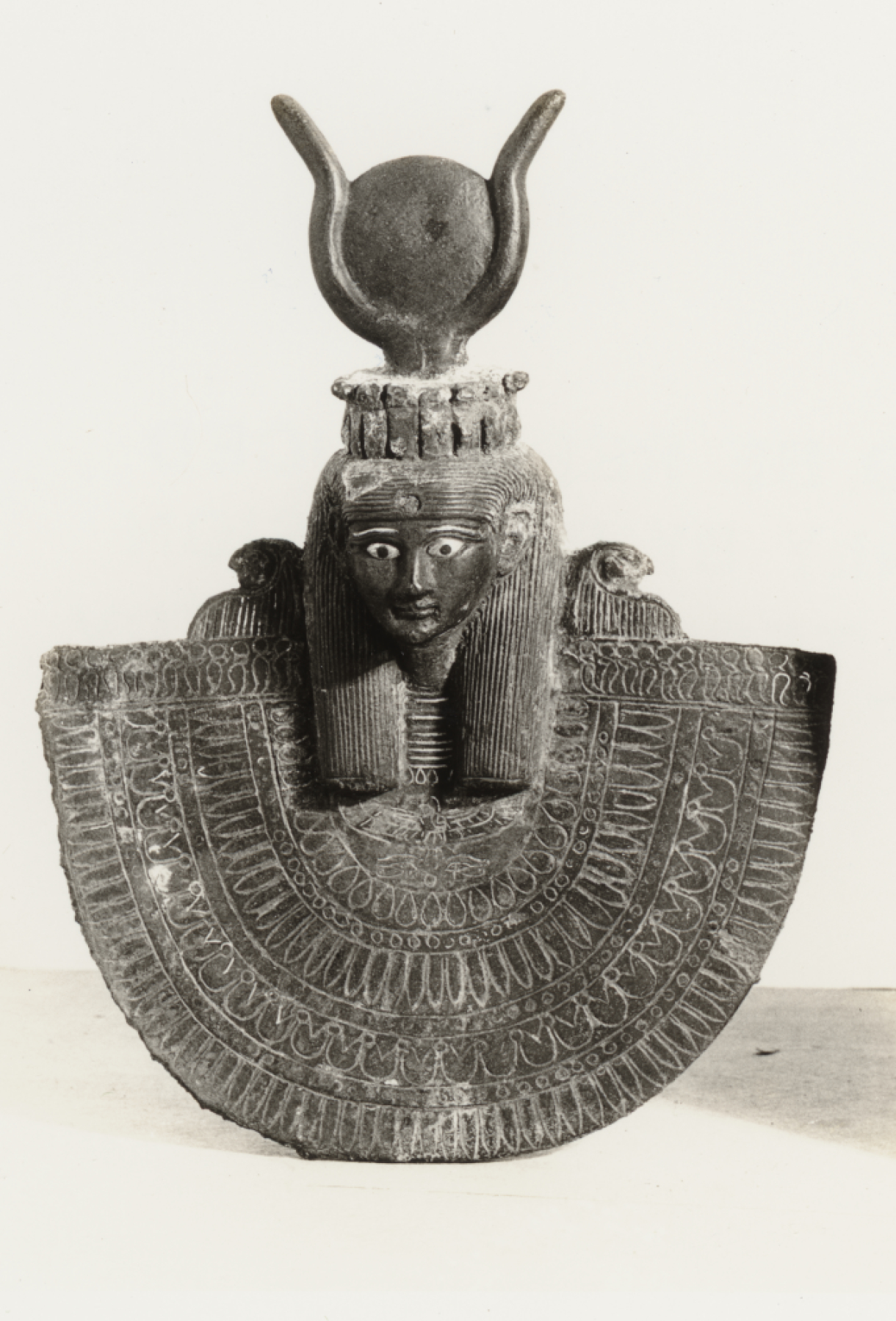 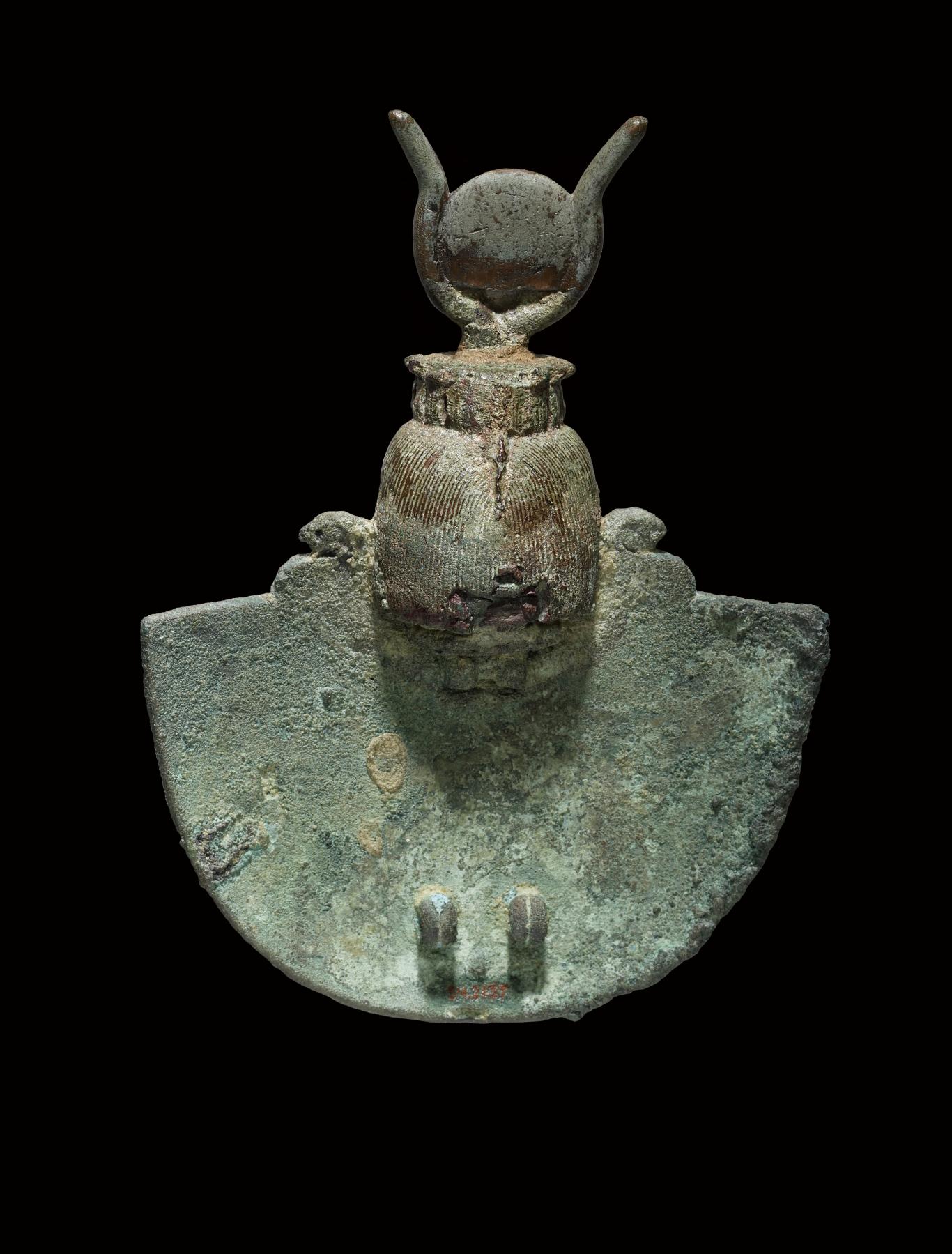 Usekh with the Head of a Goddess

The Egyptians used a variety of special objects to perform the rituals for the gods. The image of a special collar, called an "usekh," surmounted by the head of a god or goddess was such an object (also called an "aegis," originally a Greek term for "shield"). It was used to invoke the gods to guarantee protection, and was also used as an ornament on the bow and stern of a sacred ship.

This bronze "usekh" is combined with the head of a goddess, which is crowned by a "calathos" with "uraei" (cobra serpents), cow horns, and a sun-disk. This crown was originally related to Hathor, but later was also used for Isis. The collar itself displays floral ornaments and has two falcon-head terminals. This heavy bronze "usekh" was probably attached to the bow of a wooden sacred boat.