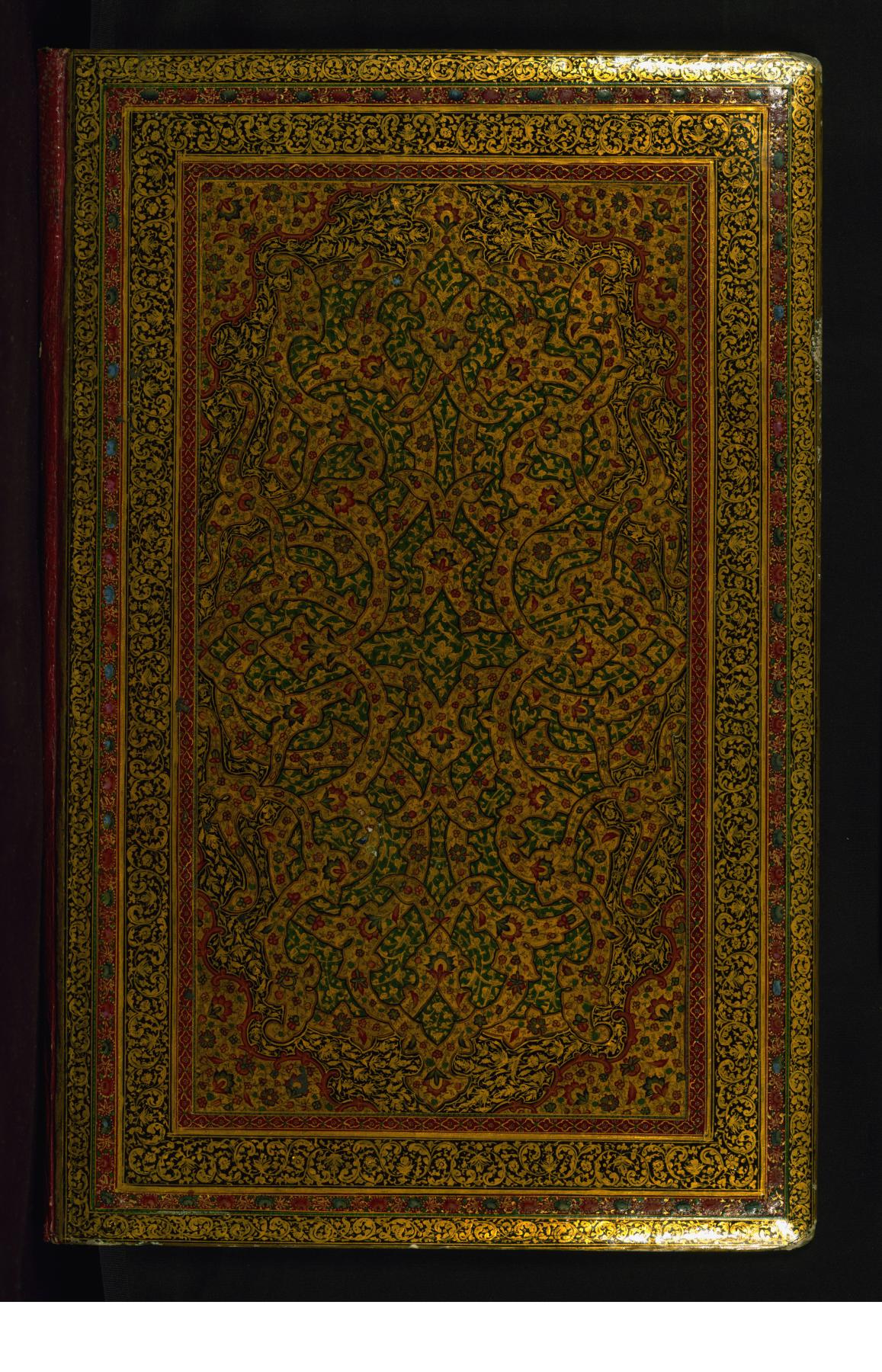 Walters manuscript W.650 is an illuminated and illustrated Mughal copy of a collection of poems (divan) by the eminent poet and hagiographer of Islamic India, Hasan Dihlavi (died ca. 729 AH/AD 1328). It was written in Nasta'liq script by 'Abd Allah Mushkin Qalam (Amber-Scented Pen) in Allahabad in 1011 AH/AD 1602, according to the colophon on fol. 187a. A celebrated royal calligrapher, Abd Allah Mushkin Qalam worked in Allahabad for Prince Salim, who later became the Mughal Emperor Jahangir. The manuscript opens with a double-page illuminated incipit (fols. 2b-3a) and is illustrated with 14 paintings, including a portrait of the calligrapher himself (fol. 187a). The lacquer binding has intricate all-over illumination in which the main element is a pattern of gold strapwork with floral motifs, attributable to the 13th century AH/AD 19th. 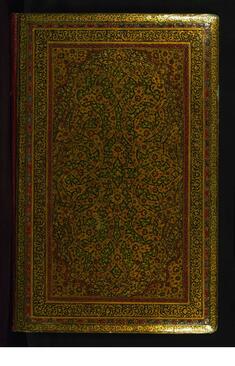 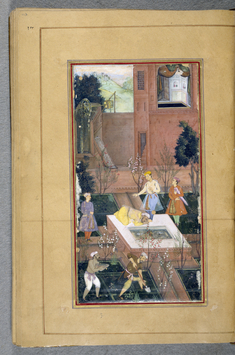 Leaf from Collection of Poems (Divan) 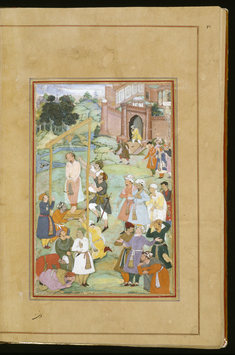 The Hanging of Mansur al-Hallaj 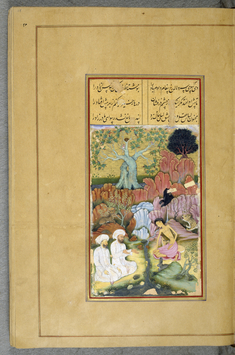 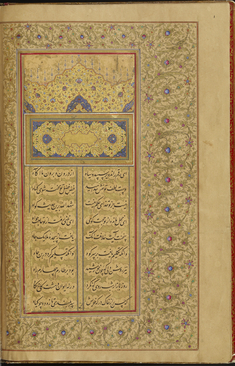 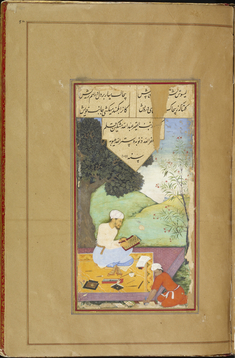 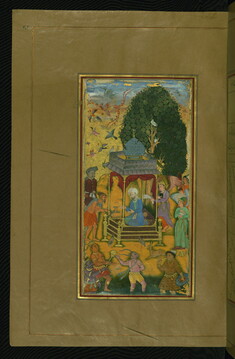 King Solomon Enthroned in the Company of Demons, Angels, Birds, and Animals