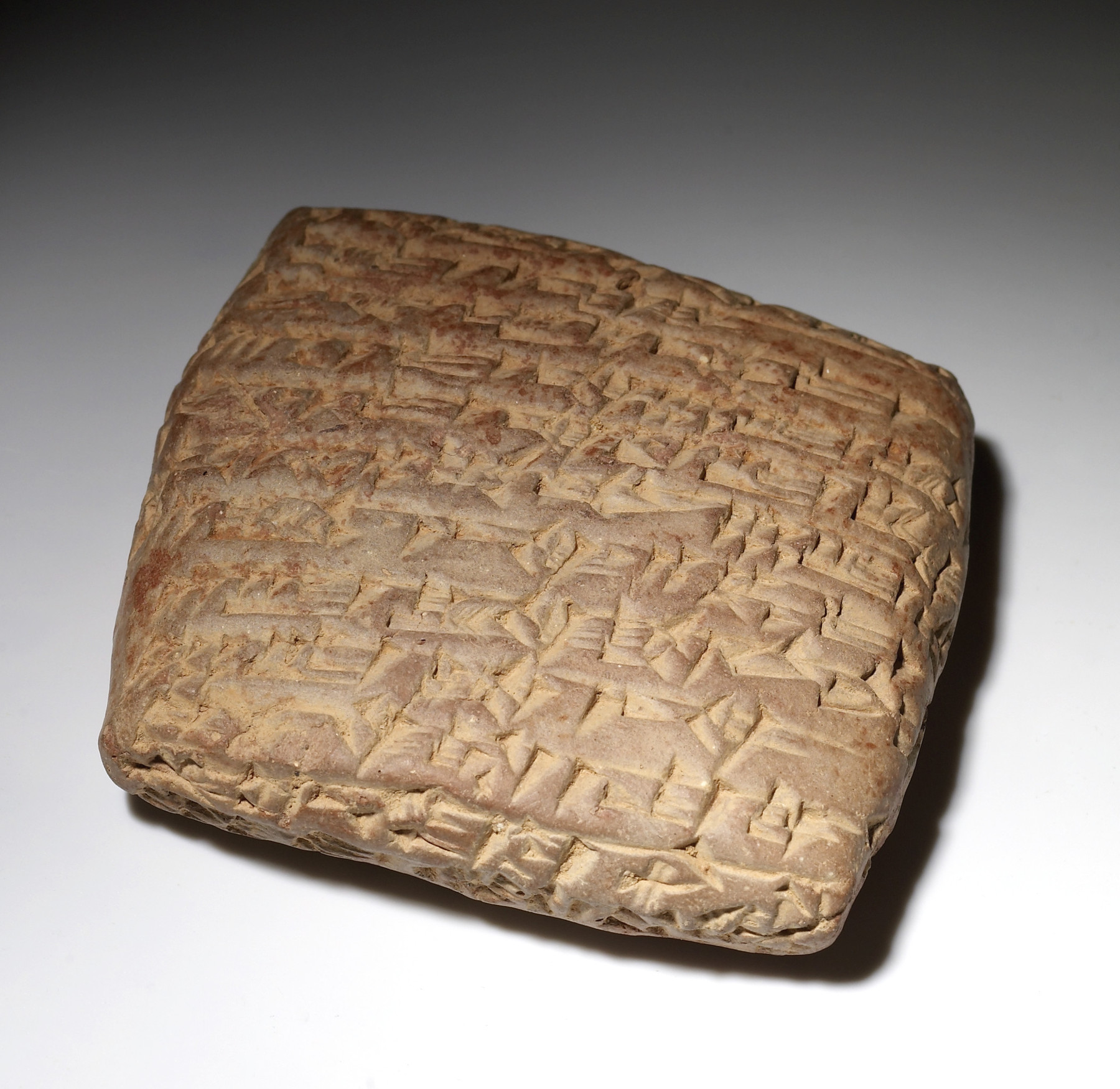 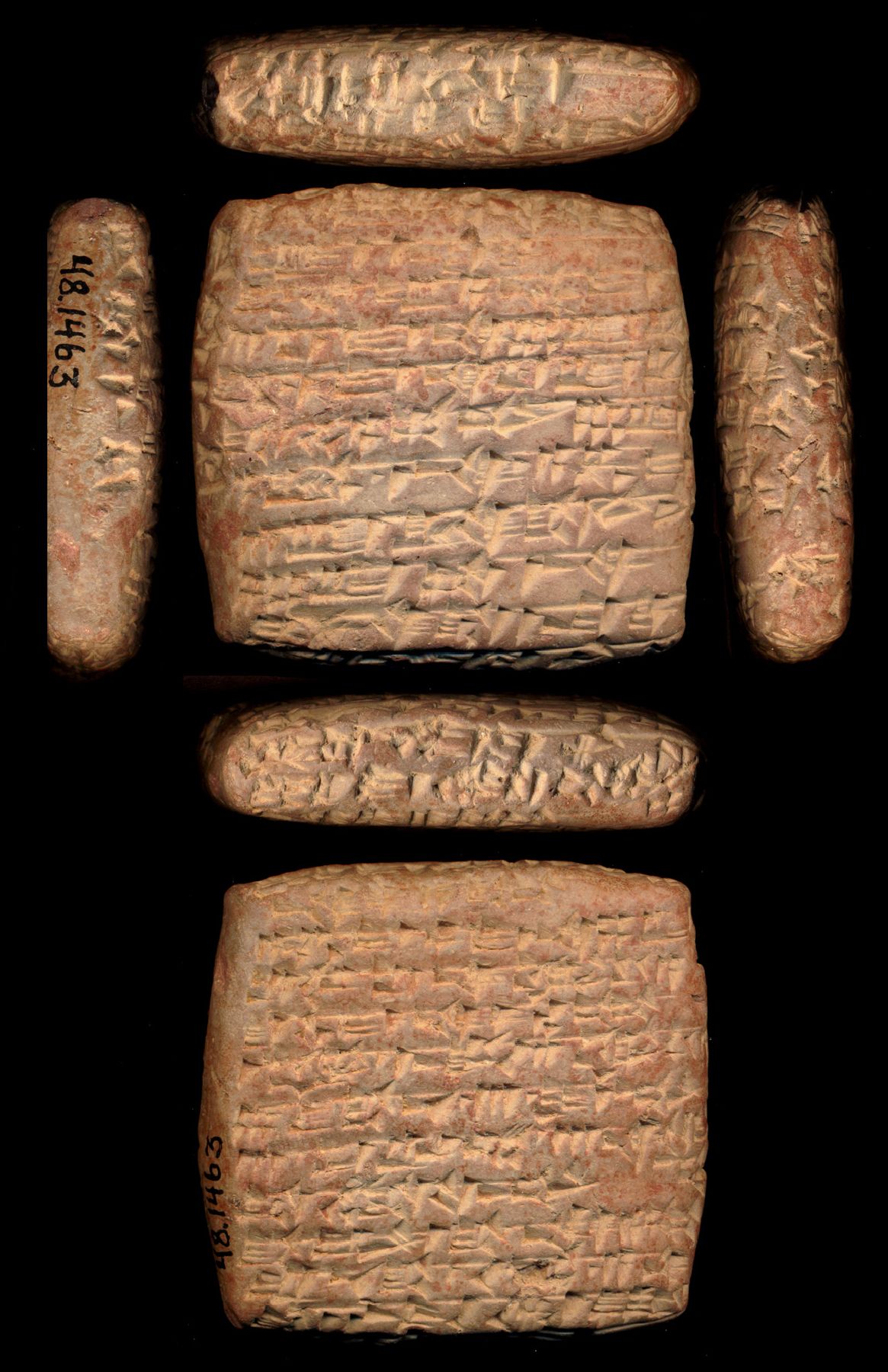 This square, red clay tablet is densely covered on all sides in a cuneiform text that was read from left to right. The tablet records a business transaction between Luzina in Kanesh and Miššu-rabi and Ennum-Aššur in Assyria. Miššu-rabi and Ennum-Aššur are sending materials to Luzina, including silver, so-called sea-gold, gold, textiles, and three donkeys, one of which is dead.

[Translation from composite text of Cuneiform Digital Library, M. Trolle Larsen. Festschrift Lubor Matous. Edited by Blahoslav Hruška,and Géza Komoróczy. Budapest: Eotvos Lorand Tudomanyegytem, 1978.] To Luzina/ from Miszszu-rabi/ and Ennum-Aszszur:/ 3 1/3 minas 6 shekels of silver/ and 1/2 mina 2?/3 shekel of sea-gold/ converted at the rate 6:1/ to silver; further,/ 3 shekels of gold from ore,/ converted at the rate 8:1/ Under the seal of Miszszu-rabi:/ Amurrum-bani,/ son of Szumma-libbi-ilija,/ this brings (him) to you./ Further, 1/2 mina 4 shekels,/ the price of two donkeys,/ the same man brings to you./ One donkey is dead. Two donkeys/ 6 saddle-skins , 3 bags,/ 3 zurzu-containers, 3 sacks/ for packing purposes/ Galga brings to you./ your good [...]/ plus the textiles into Szalatuwar/ we shall bring (them)./ We shall set out again/ when we are cleared.
[https://cdli.ucla.edu/P272899]