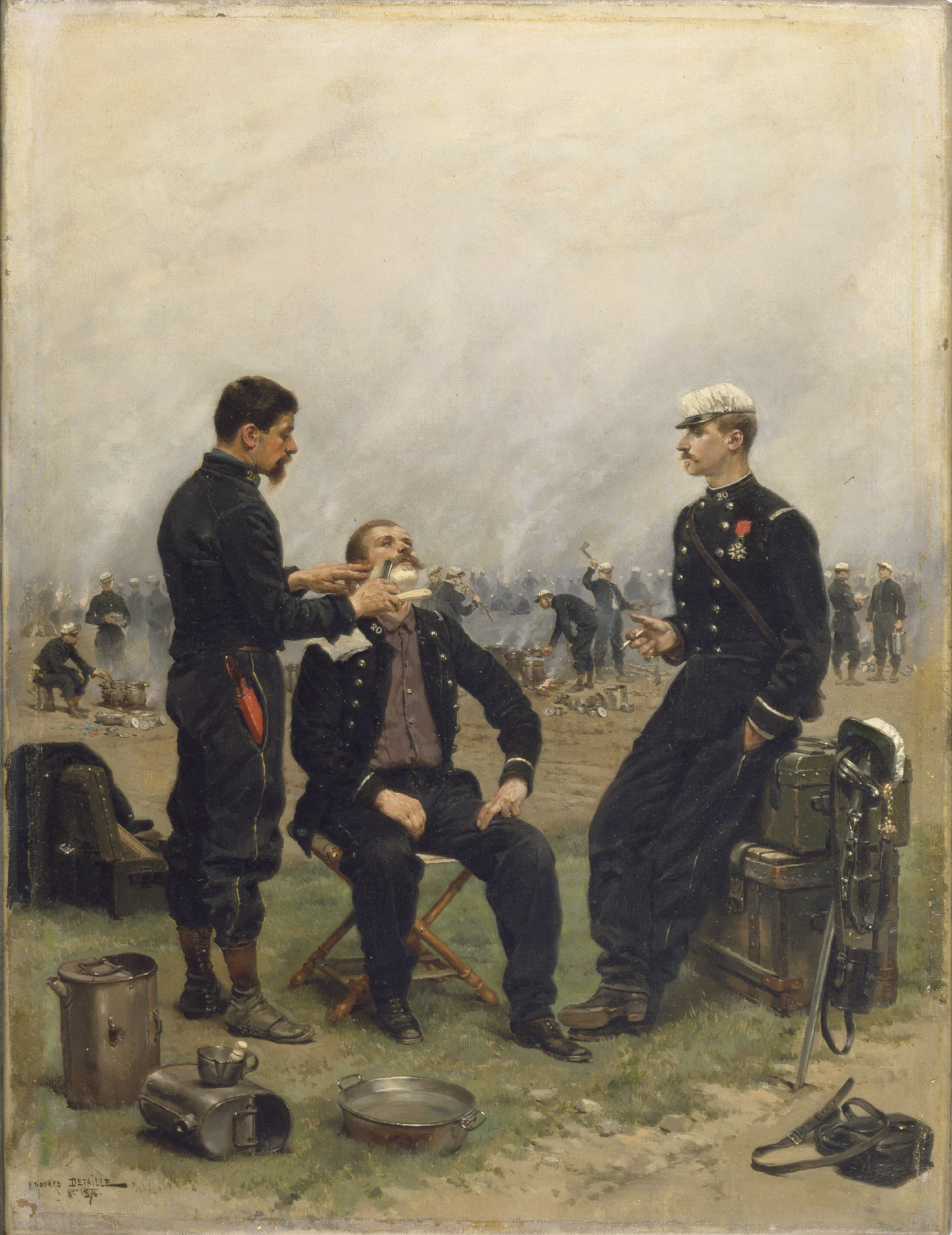 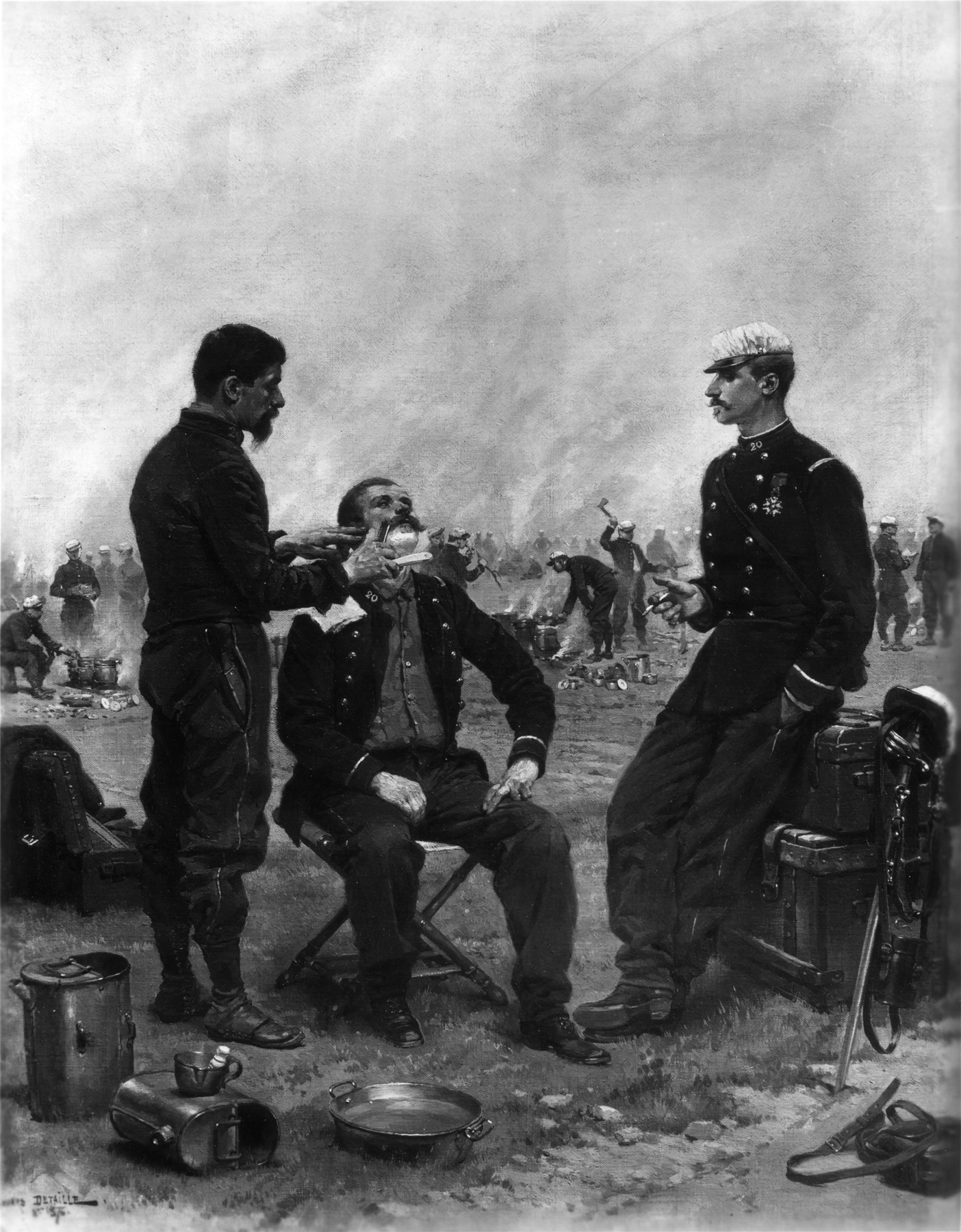 Detaille participated in several major battles during the Franco-Prussian War (1870-1871), and, after France's defeat, he continued to serve in the post-war "new army." In this peacetime scene of camp life, painted in 1876 while he was on maneuvers with the Third Corps of the army on the plains of Eure in northeastern France, he includes himself as the man smoking at the right.