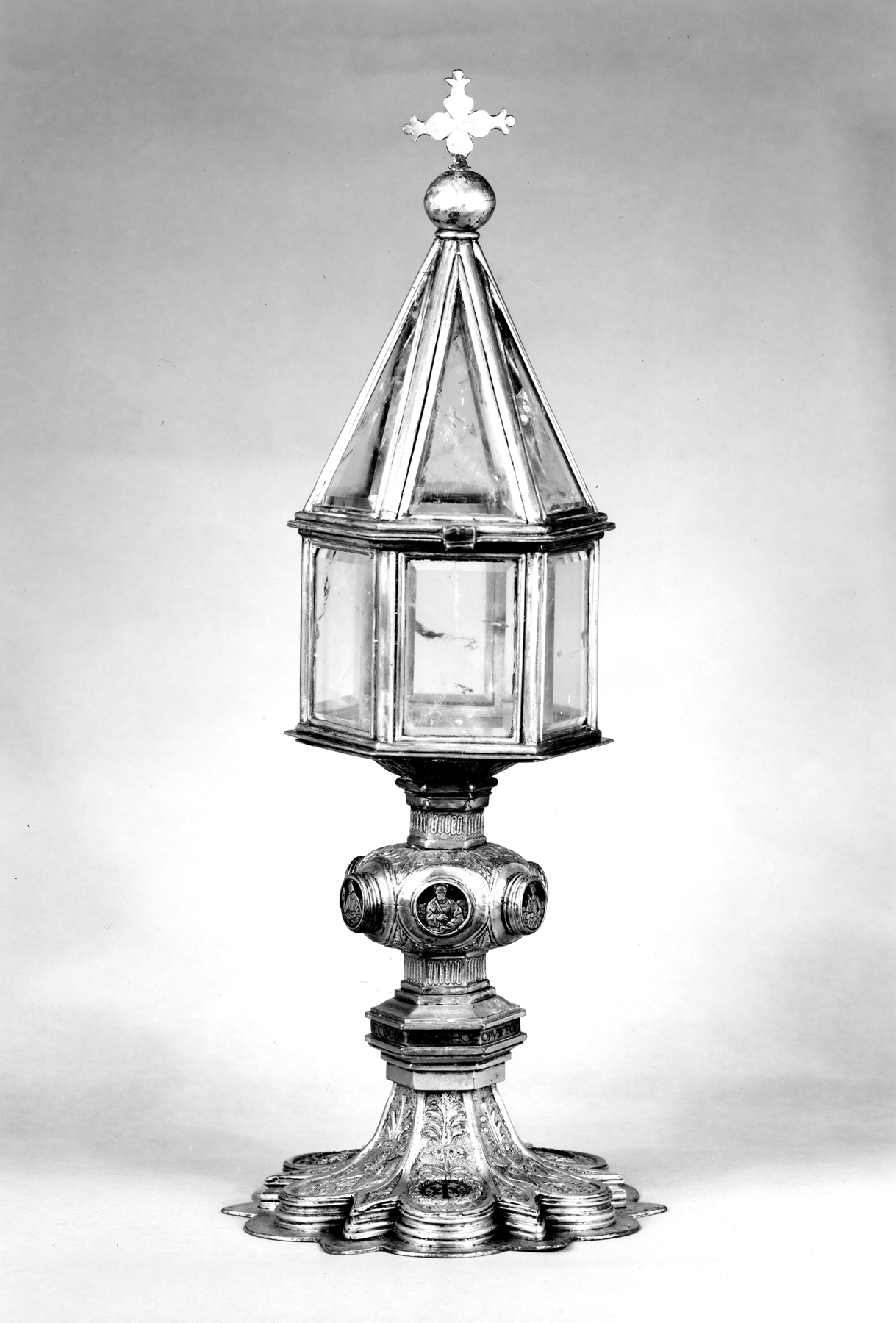 This reliquary was most likely made in Venice during the 15th century, while the foot was crafted and added later, sometime after 1500, probably in Verona. The reliquary (except for the foot) was made for the Monastery of Sts. Marc and Lucy in Coccorano, outside of Perugia, in central Italy. Busts of saints depicted in enamel on the knob include Sts. Peter and Catherine of Alexandria. An inscription placed between the knob and the foot tells that Francesco Bigazini, a knight of Coccorano, had the object made: HOC OPUS FEC (IT) FIE (RI) FRANCISSUS BIGAZINI COMES DE COCORANO.
The commissioning of such a precious object would have both added to the beauty of the church and contributed to the salvation of the knight's soul in the afterlife.