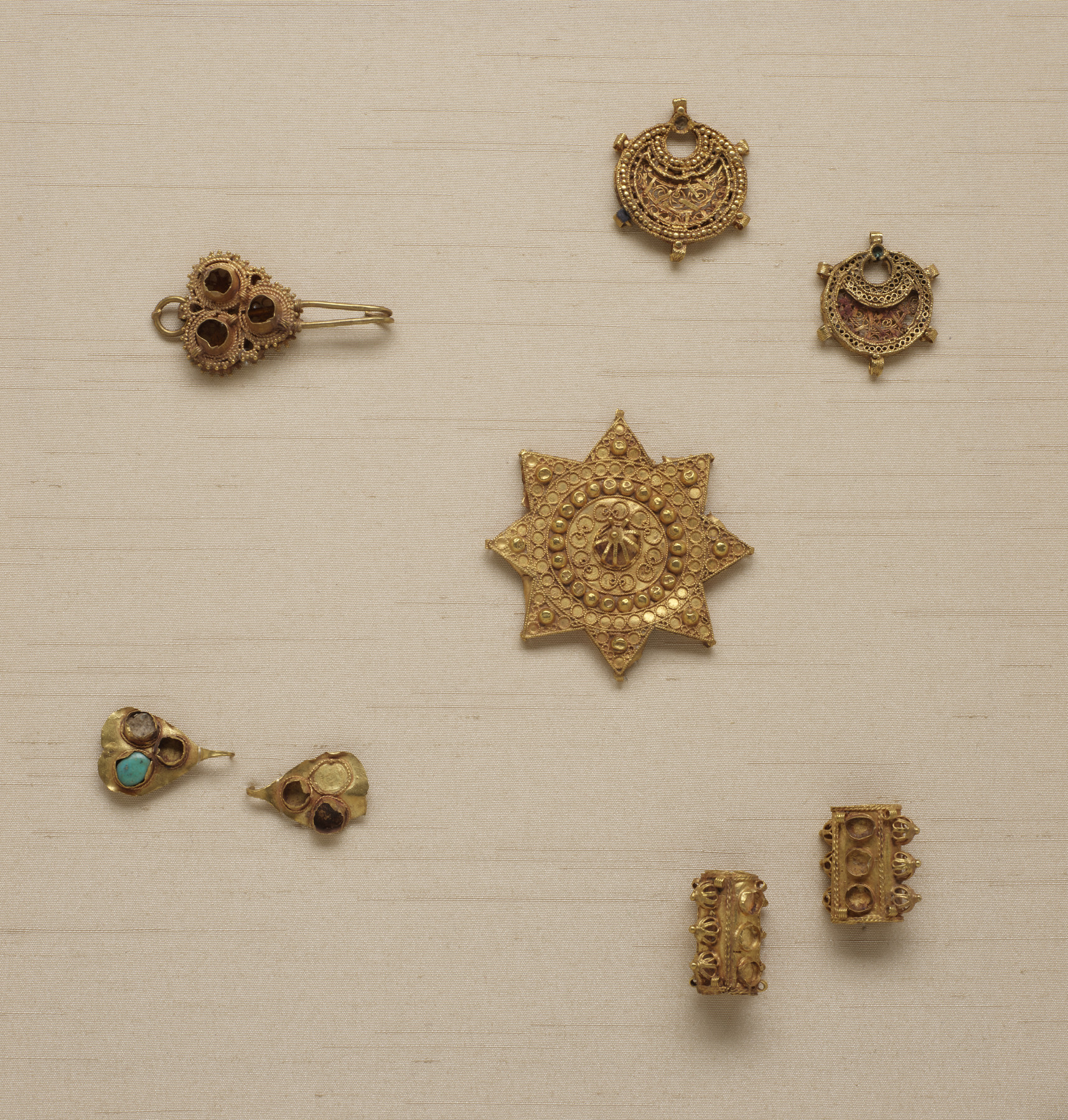 These elements once formed different pieces of jewelry, including earrings, a pendant, hair adornments, a clasp, and possibly a belt. Some of them originally were set with gems and inlaid with colored enamel. They are part of one of the most important groups of jewelry surviving from al-Andalus, or Muslim Spain.

[Said to have been found at Madinat al-Zahra, near Cordova]; Dikran Kelekian, New York and Paris (?) [date and mode of acquisition unknown]; Henry Walters, Baltimore, 1929, by purchase; Walters Art Museum, 1931, by bequest.