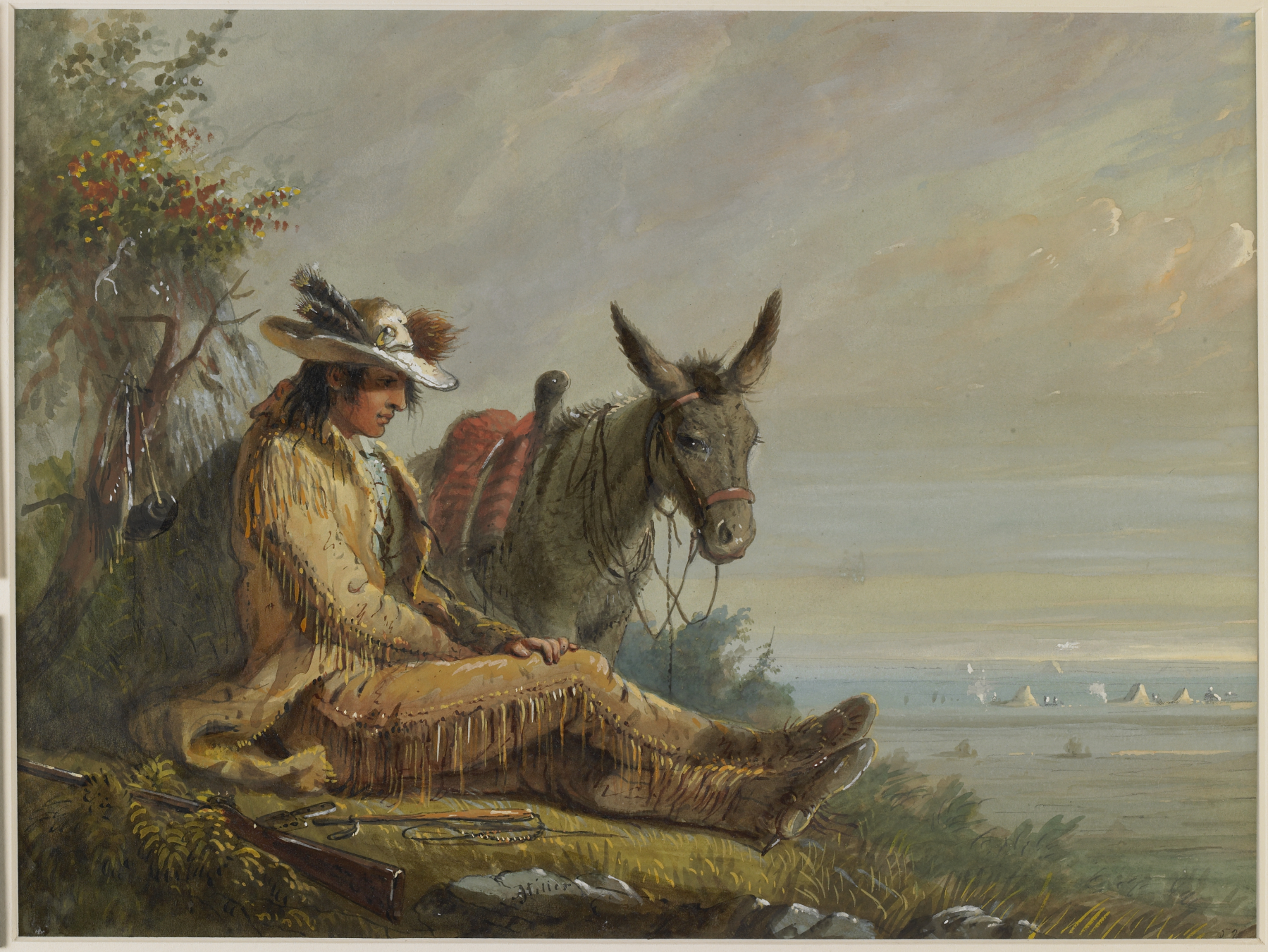 By the time Miller saw the fur trade, several famous personalities were involved, such as Jim Bridger, "Bourgeois" Walker, and Kit Carson. Of that group, it is interesting to note, Miller painted a portrait only of Walker. There are various other portraits of members of Stewart's group, such as Pierre, a seventeen-year old French Canadian and one of Miller's favorites. Dressed here in his buckskin shirt, his hat decorated with turkey feathers and a fox-tail brush, and holding his treasured pipe, Pierre is apparently deep in thought. -Extracted from "The West of Alfred Jacob Miller" (1837).