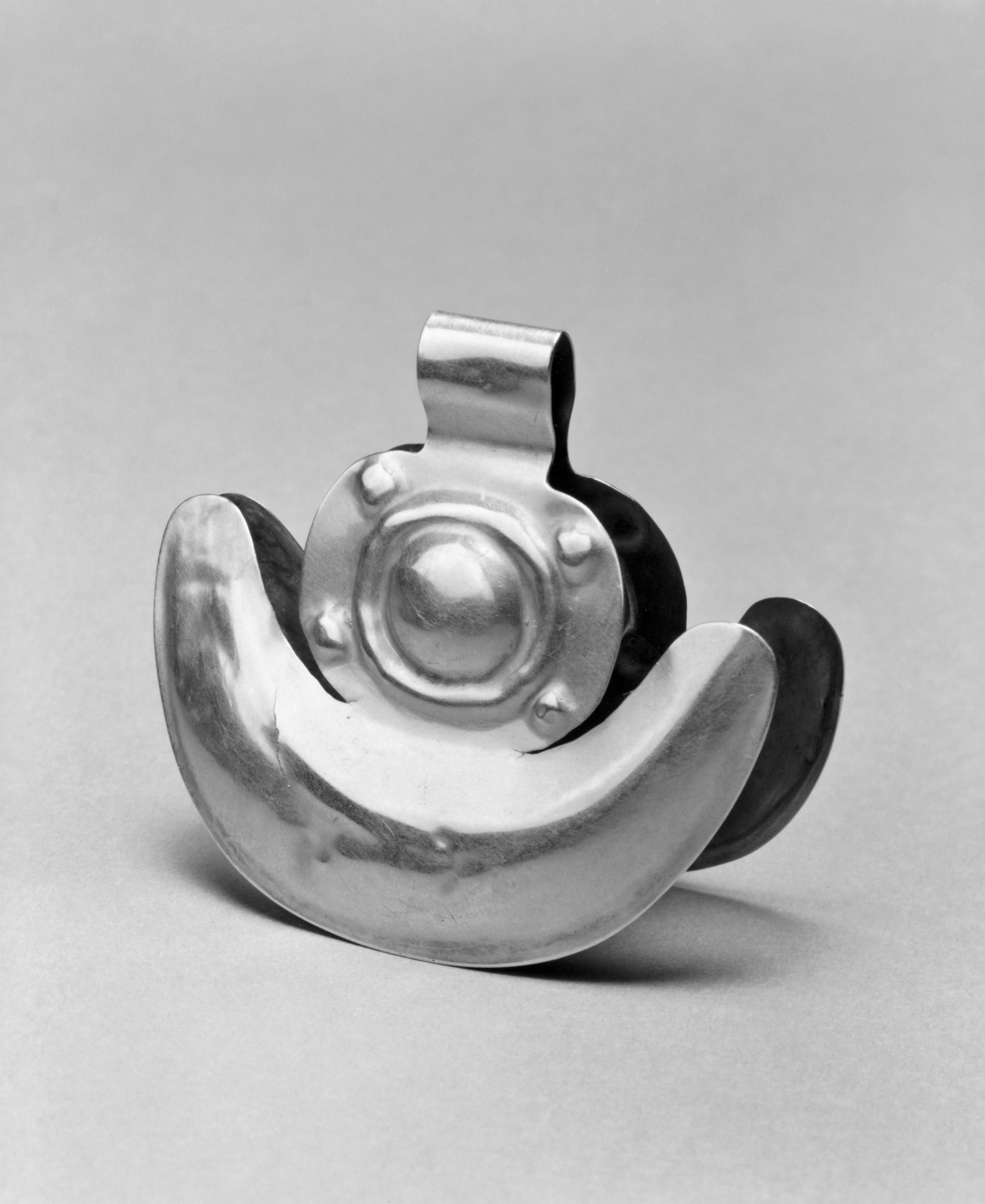 Unlike other functional objects sometimes wrought out of goldーlike needles or fishhooks -- tweezers were created for both a spiritual and utilitarian purpose.
In many ways, these tweezers exhibit symbolism sacred to the Calima people of Southwest Colombia: gold was the chosen material because it glistened like the “sweat of the Gods” and the circle at the center of the object parallels what was known as a symbol of the sun.
In order to make this delicate object, metalsmiths would hammer portions of gold into thin sheets and then cut to attain a desired shape. The clean, raised design added on this tweezer was created by lightly hammering the symbols from the reverse with another tool.