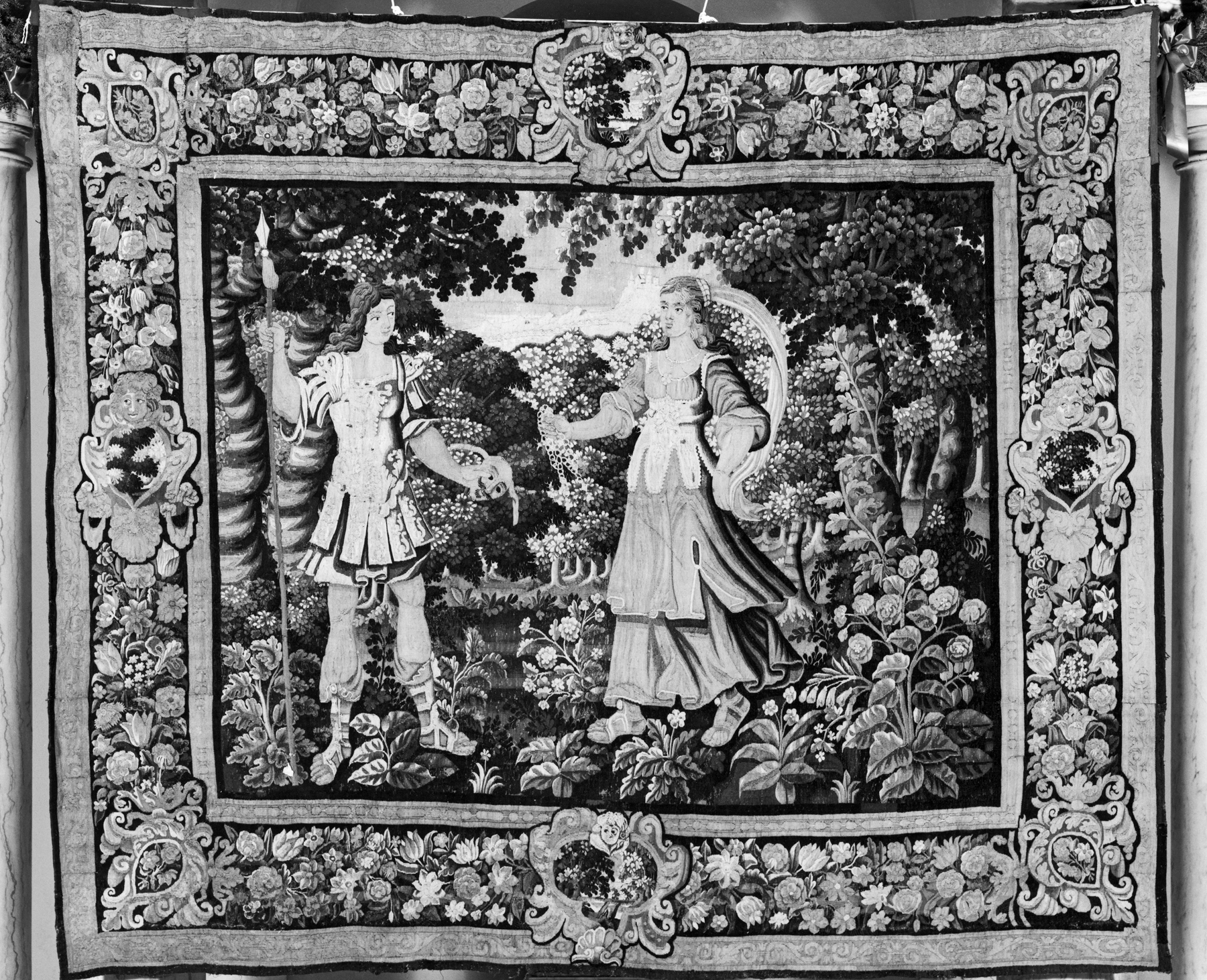 Scene from the Story of Cephalus and Procris: Cephalus meets a Lady

From the Middle Ages to the 18th century, large tapestries were used as decoration and insulation in the homes of the wealthy, especially in northern Europe. Flanders was the center for tapestry weaving in Europe, in part because of the important local wool industry. Greek and Roman myths interpreted as moral lessons were popular subjects. The myth of the huntsman Cephalus and his wife Procris was presented as a parable of the misfortunes caused by a lack of marital trust and fidelity.

According to the Roman poet Ovid (43 BC-AD 17) in "The Metamorphoses," Cephalus is urged by a goddess to test the faithfulness of his wife. He goes to her in disguise and attempts to seduce her. When she begins to yield, he reveals himself by removing his mask. The first tapestry depicts this moment. In the second, the couple reconciles, and Procris gives her husband a magical dog and spear that Artemis (goddess of the hunt) had given to her. In the third scene, Cephalus, accompanied by a nymph, takes the dog and spear with him to hunt a stag. Procris grows suspicious that Cephalus is being unfaithful and follows him into the forest. Hearing her movements in the bushes, Cephalus mistakes her for a wild animal and accidentally kills her with his spear. In the fourth scene, Cephalus cradles the dying Procris in his arms. 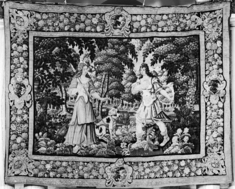 Scene from the Story of Cephalus and Procris: Preparing for the Hunt 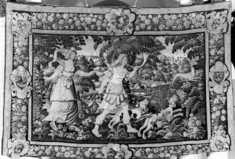 Scene from the Story of Cephalus and Procris: The Hunt 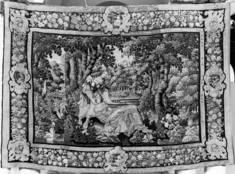 Scene from the Story of Cephalus and Procris: The death of Procris by Cephalus