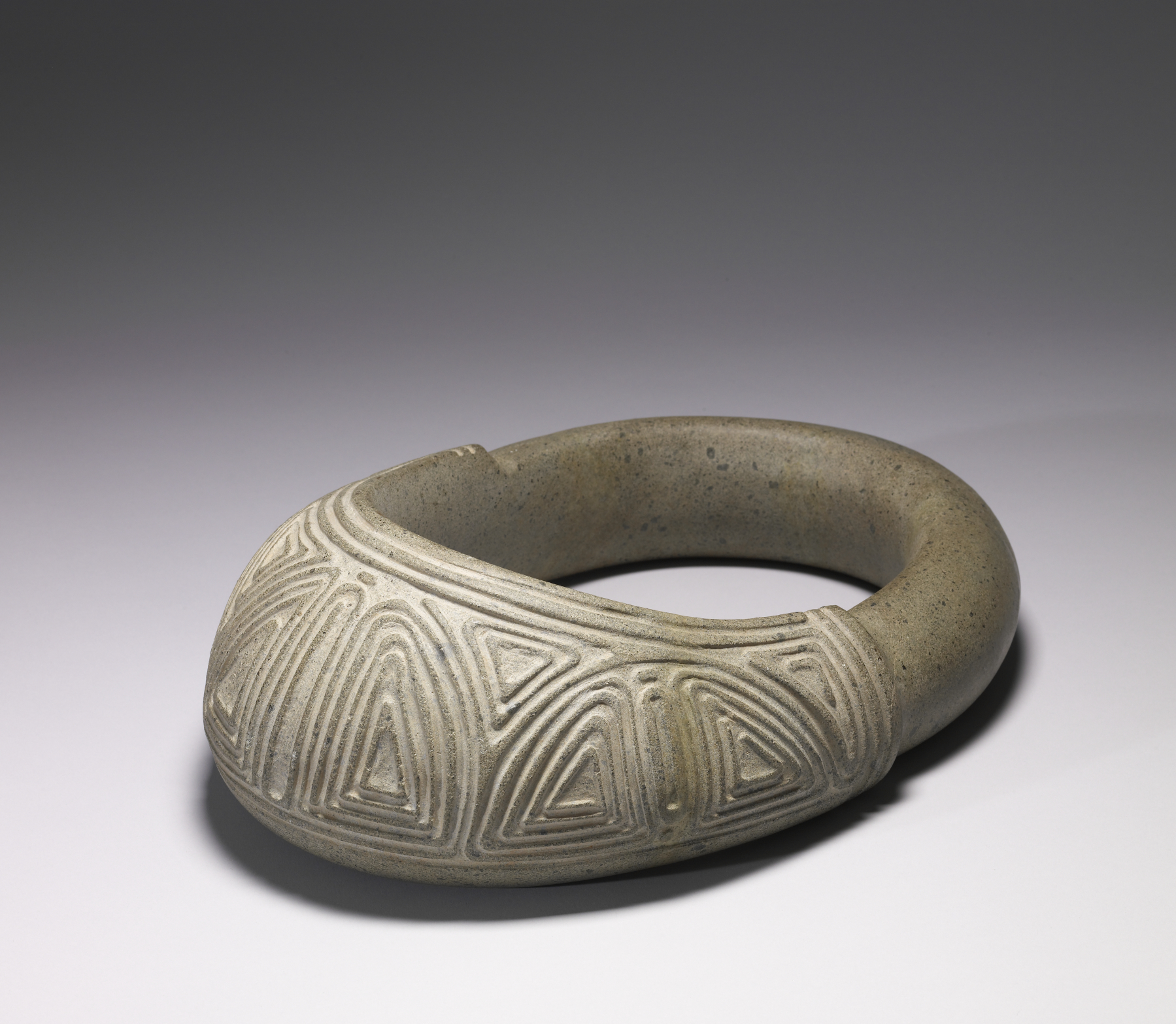 Best known from Mesoamerica, variants of the 'ballgame' were played across a significantly greater geographic range, including the Caribbean. As with Mesoamerican ballcourt tradition, Caribbean cultures, and particularly the Taino, carved stone versions of ballgame equipment. Such copies were too heavy to have actually been used in game and are thus understood to be trophies for the victorious team.

Among the Taino (meaning "men of the good"), ballplayer hip protection (called 'yokes' or 'collars' in scholarly literature) typically consisted of a bent and tied tree branch, occasionally with a carved 'elbow stone' at the point where the two ends met. Versions made completely made of stone typically mimic the resulting form, with a pronounced point at one side of a generally ovoid form. This example is atypical in its lack of such a point and the bulbous section on the end with incised designs. Moreover, the strictly geometric incision is not the norm for Taino yokes, and the quality of the carving is markedly distinct from other versions.