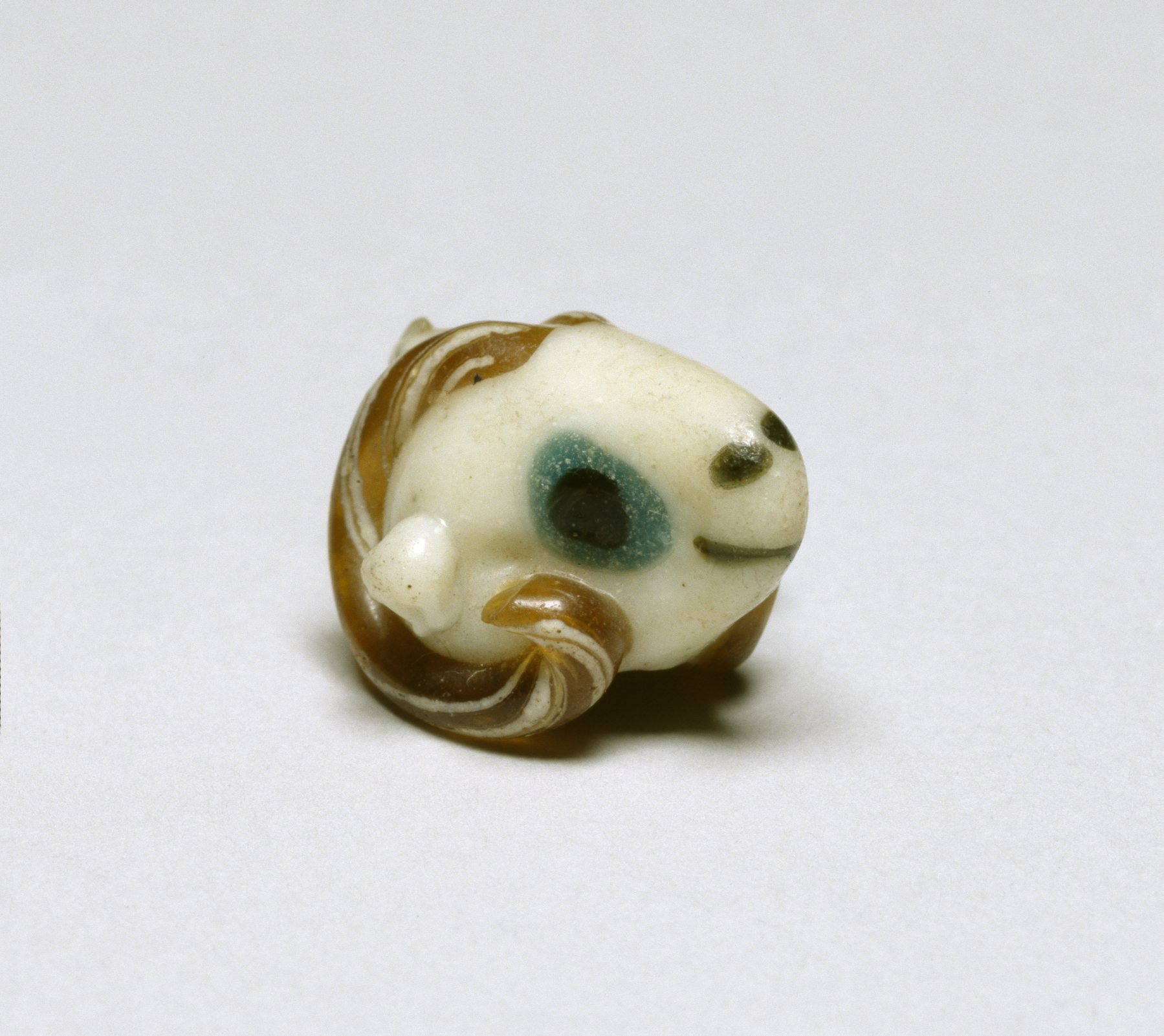 Pendant in the Shape of a Ram Head

Miniature glass pendants in a large variety of colors and shapes can be found all over the Mediterranean world and were probably produced in several glassmaking centers, including Carthage, Iran, and Syria. These objects were distributed through the expansive, widespread trade routes established by the Phoenicians. Rams were considered fertility symbols, and this pendant likely also had a protective function and was intended to ward off evil.