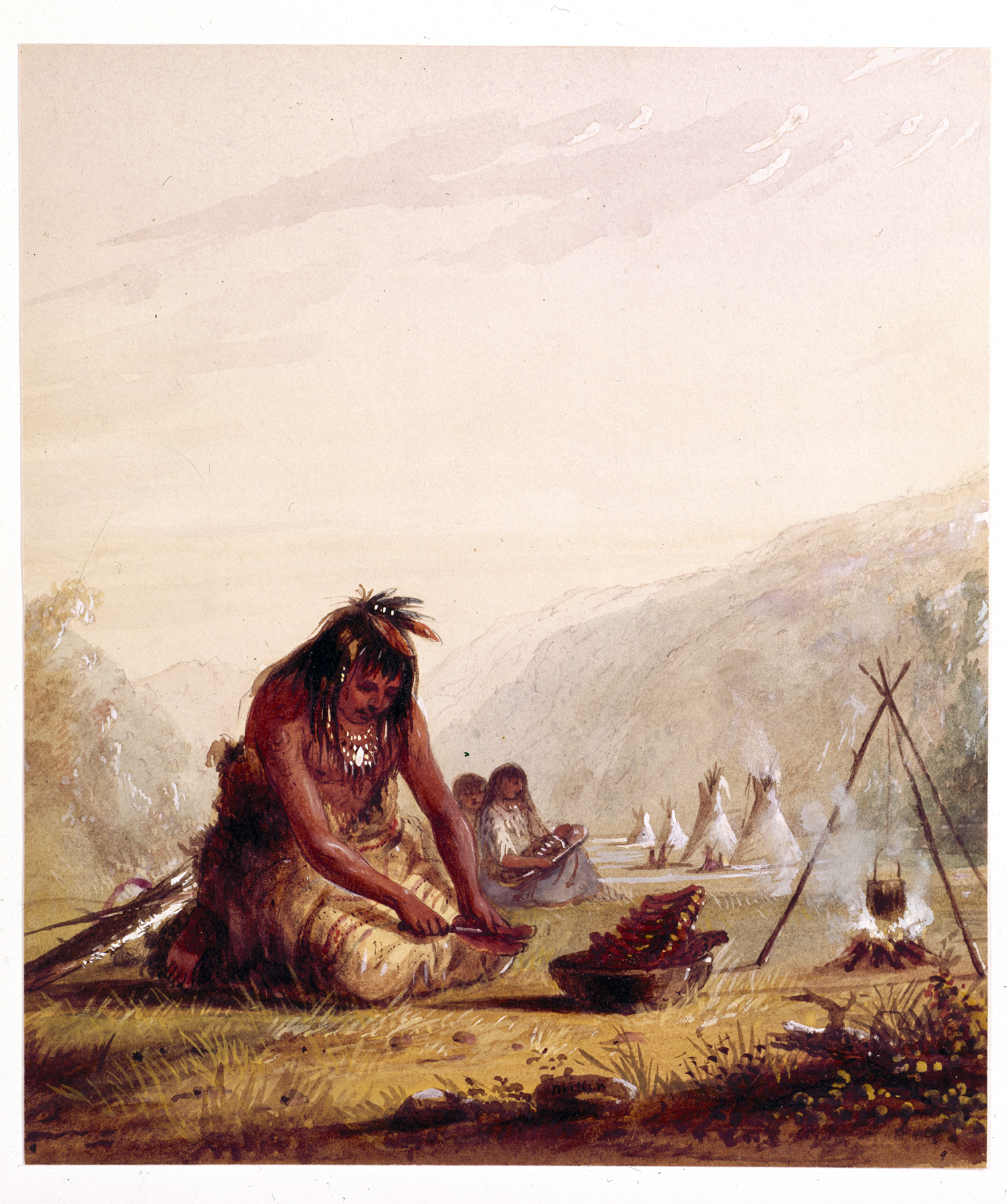 "The subjoined sketch is from a Shoshonee Indian, who was cutting up some meat by laying it against the palm of his hand and slicing it between his fingers." A.J. Miller, extracted from "The West of Alfred Jacob Miller" (1837).