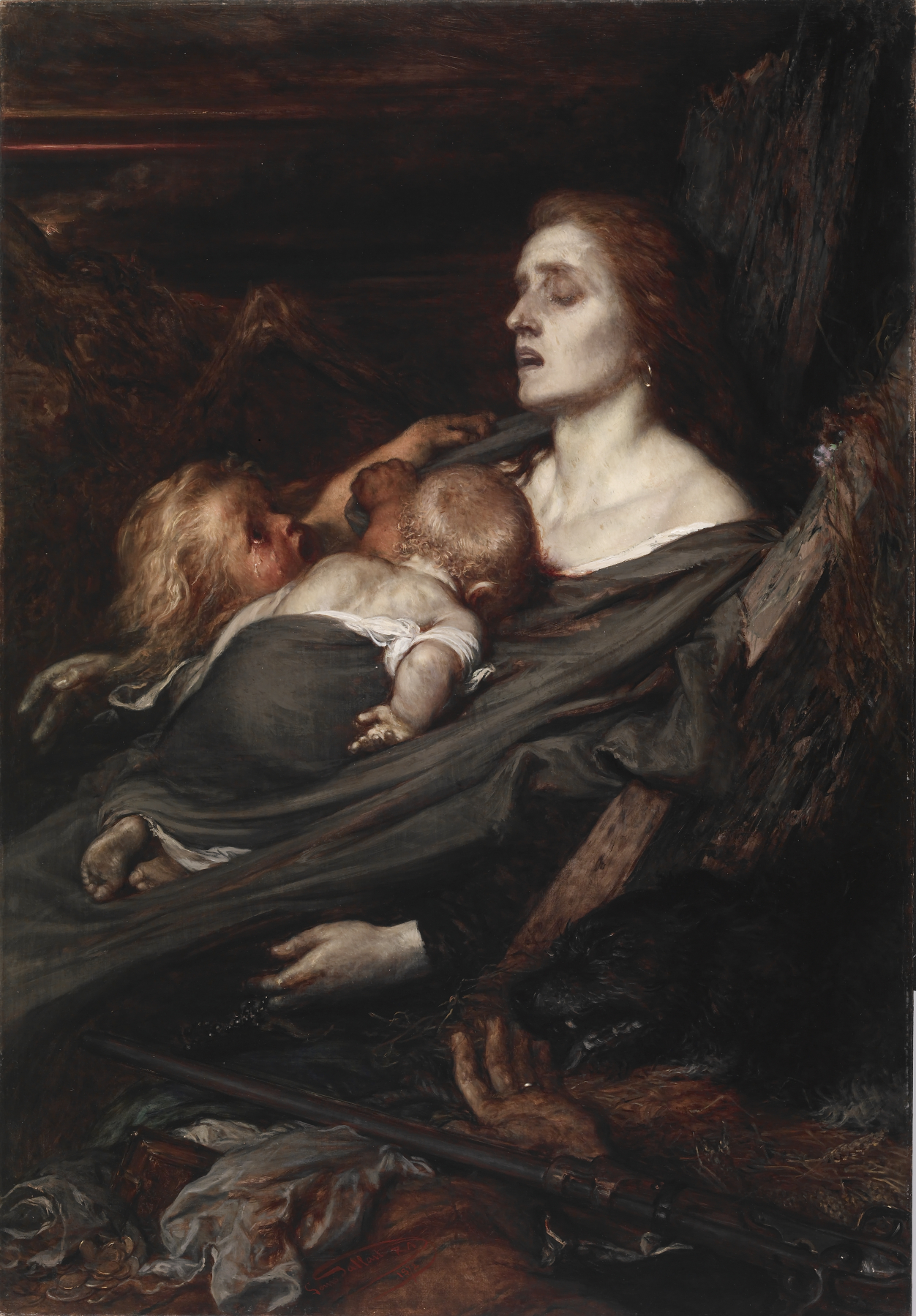 When this pair of allegorical paintings (together with Walters 37.119) was completed in 1872, a Belgian critic wrote:

M. Gallait just finished two paintings forming a pendant pair that rank among the best things he has ever done. They are allegories of peace and war, but allegories conceived in a new order of ideas, substituting living reality for imaginary abstractions. . . .

The critic concluded with this ringing endorsement:

"Peace" and "War" are about to leave for London. Let's hope that after appearing in an academic exhibition, where they are expected, these two compositions will return to Belgium. It is not enough for them to be seen by just a privileged few; they must be seen by everyone. They will astonish even those who have the highest opinion of M. Gallait's talent.
[Feuille de Tournai, April 21, 1872]

An exhaustive catalogue on the artist published in 1987 to accompany an exhibition organized by the Musée des Beaux-Arts in Tournai described these paintings as "whereabouts unknown." Evidently, the pendant pair never returned from London, as the Belgian critic had hoped, but instead made their way to join William Walters' growing collection of contemporary art, where they have remained ever since. 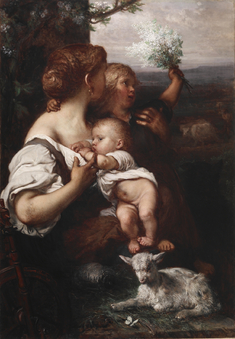