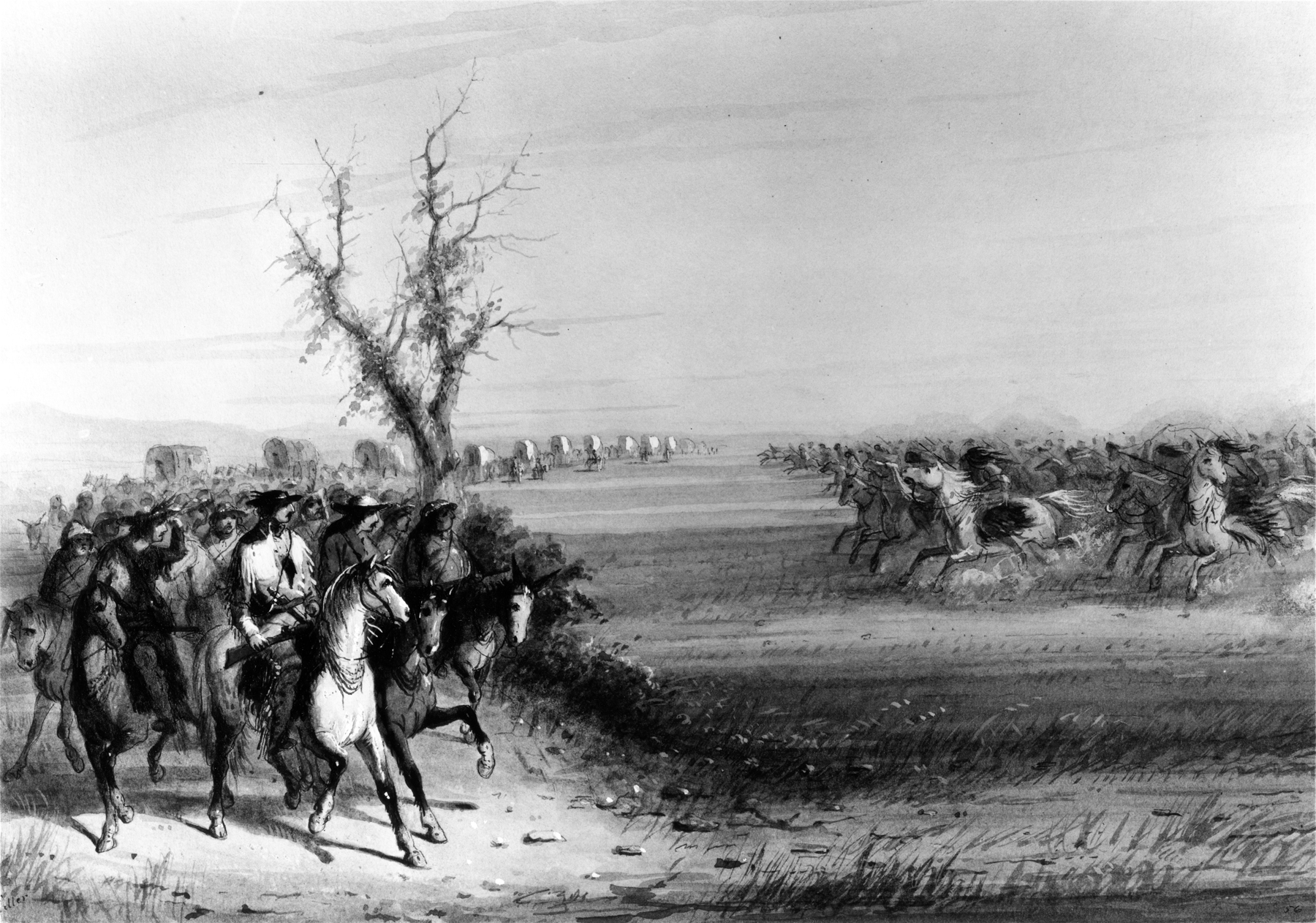 Threatened Attack- Approach of a Large Body of Indians

While leaving camp, Miller and his caravan were met by a group of Indians coming at full gallop towards them. Frightened, they were not sure what to do. When approached, Miller describes the action, "We stopped the camp and held a parley. Their argument was capital. They were on their own grounds, and we were 'interlopers' - winding up with a demand for black-mail on the instant. The great point was to get the chiefs and leaders to smoking as soon as possible, so as to gain diplomatic time. The famous maxim of Larochefoncault [La Rochefoucauld] will apply to the Indians with truth, however we may object to it in civilized life;- 'In the misfortunes of our friends, we always find something not displeasing to us.' At last we got the chiefs seated in the council circle, and the pip circulating, each taking a few whiffs. The first two with much ceremony, and muttering to the sun for the Great Spirit, and the next to the earth." A.J. Miller, extracted from "The West of Alfred Jacob Miller" (1837).