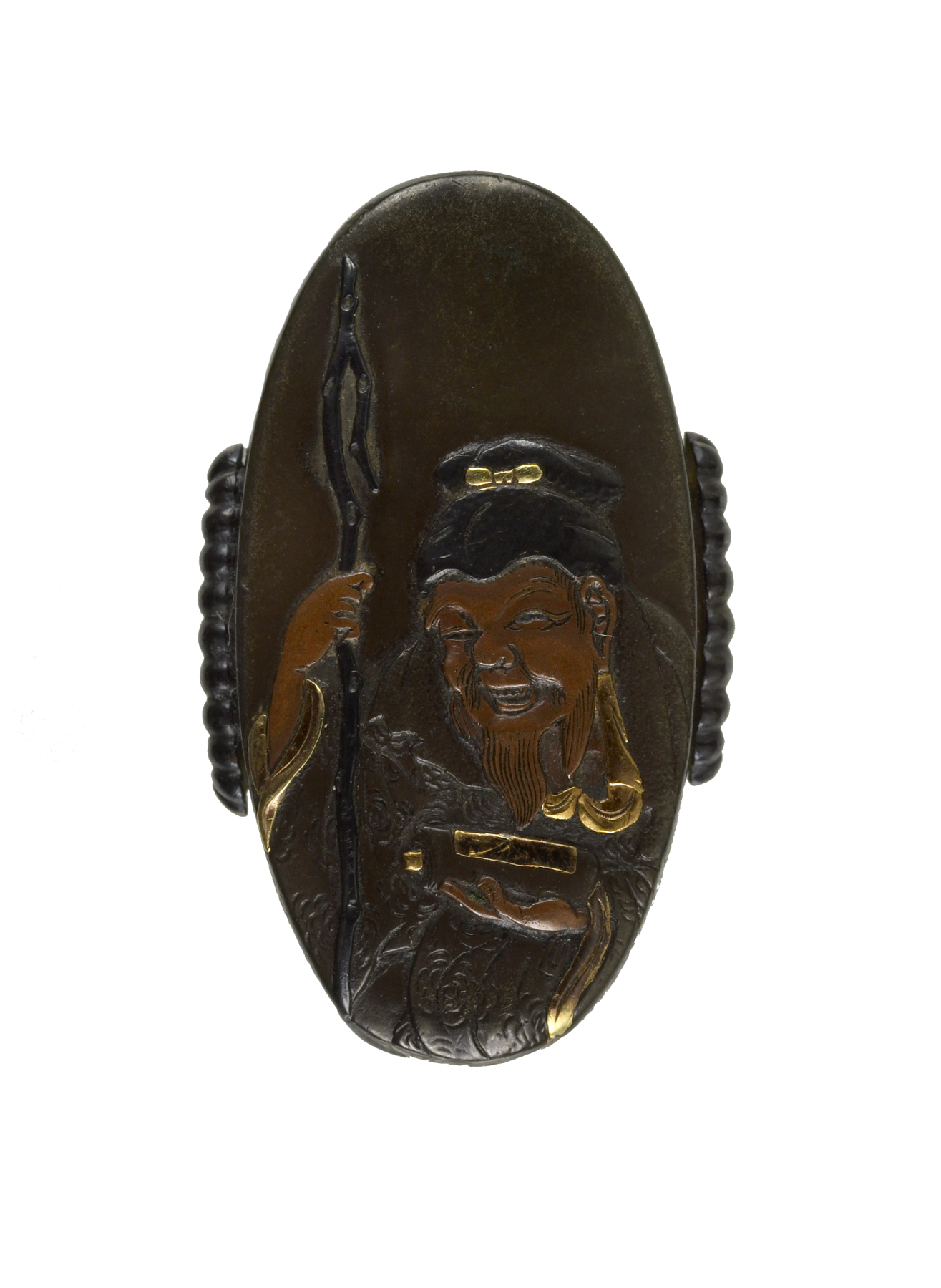 Kashira with Kôsekikô Holding a Scroll

The figure on this kashira is the legendary Chinese elder Kôsekikô (Ch. Huangshi Gong [Hwang Shi Kung]). He holds a staff in his right and a scroll of military strategy in his left. A famous story about him involved his encounter with the 3rd-century BC government minister Chôryô (Ch. Zhang Liang [Chang Liang]). While riding a mule across a bridge, Kôsekikô dropped his sandal. Chôryô returned it to him. As a reward, Kôsekikô gave Chôryô a book of military strategy. Later, Chôryô helped to establish the Han [Han] Dynasty (207 BC-AD 220). This is paired with a depiction of Chôryô holding the shoe on Walters 51.980.