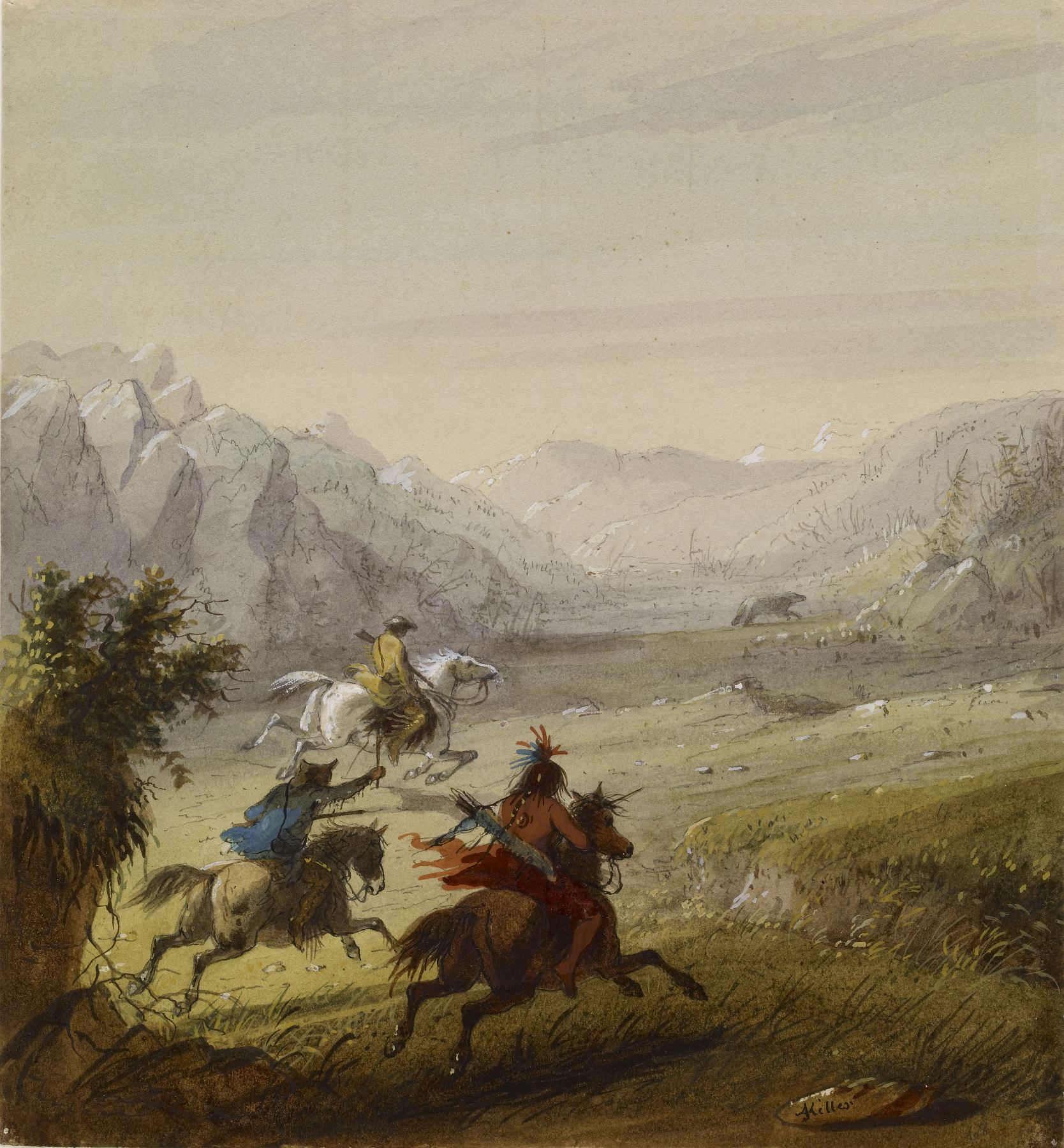 "Hunters are in full tilt after the most formidable of all animals met within the journey [the Grizzly bear]. It is no child's play, but downright dangerous sport. Strange that this should be its greatest charm to the reckless trapper and Indian. To hunt and capture the Grizzly bear is a signal honor, and is considered a great coup - And as we only killed 9 in our journey outward, it would seem that they are not plentiful." A.J. Miller, extracted from "The West of Alfred Jacob Miller" (1837).