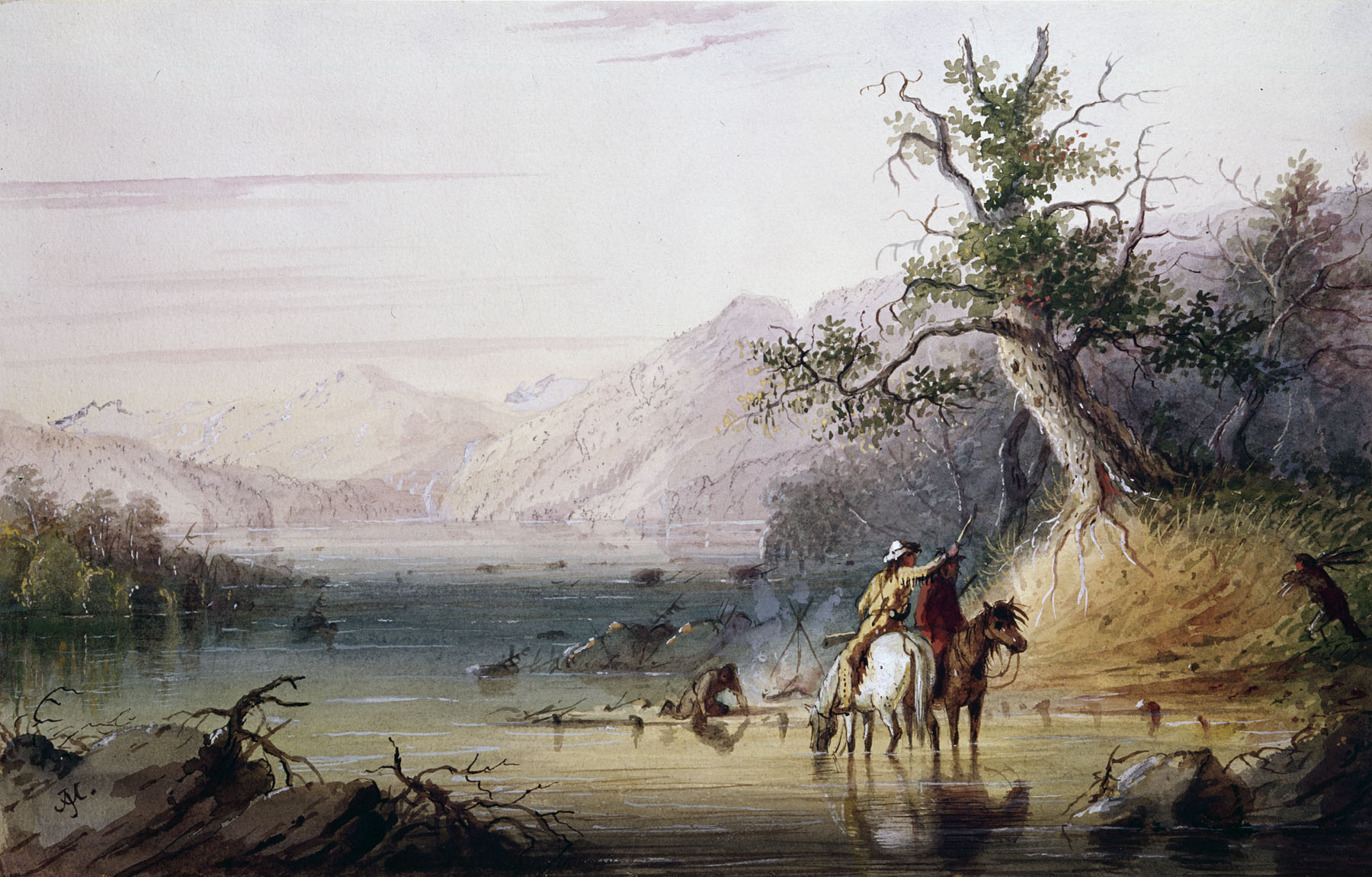 "The scene represented in the sketch is on the "Big Sandy" near Green River, on the Banks of which some Beaver Trappers are about to encamp in pursuit of their game. To show the callousness of these men, a traveller mentions a ludicrous incident of his camp: - One night while a violent storm was raging and the rain pouring with Niagara sluice, he heard one of his men singing at the fire; he had the curiosity to go and see who it was,- it was a man sitting crosslegged in Indian fashion, with his hands over the expiring ashes. His features pinched with cold, and lank and thin, wore a comically serious expression as the electric flashes lighted them up;- the rain streaming from his nose & prominent chin, & his hunting shirt hanging about him in a flabby & soaking embrace;- spite of such a situation which was anything but cheering, he was rapping out at the top of his voice a ditty, the chorus or refrain of which was, & which he gave with peculiar emphasis:- 'How happy am I!/ From care I'm free:/ Oh, why are not all/ Contented like me?'" A.J. Miller, extracted from "The West of Alfred Jacob Miller" (1837).