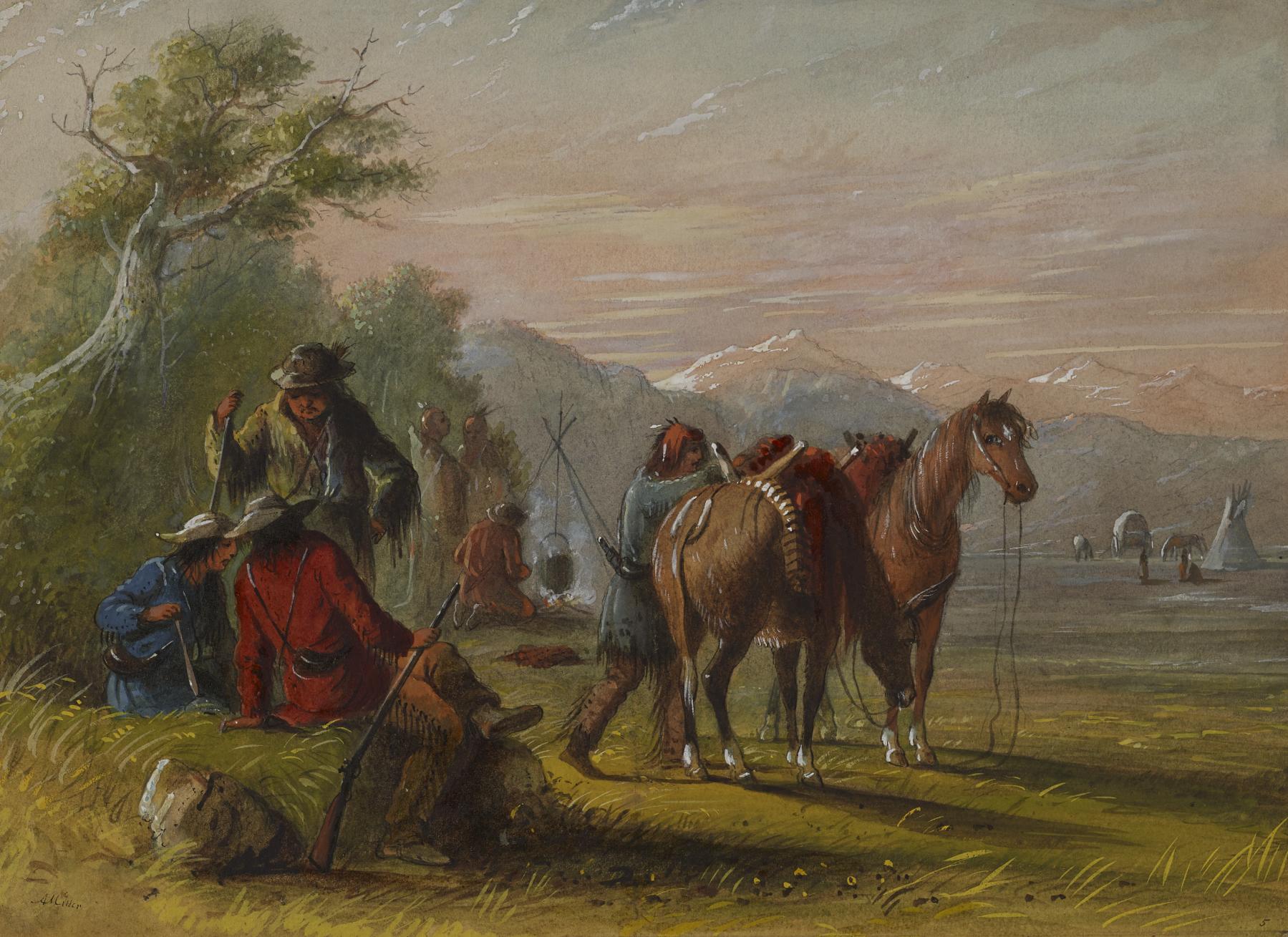 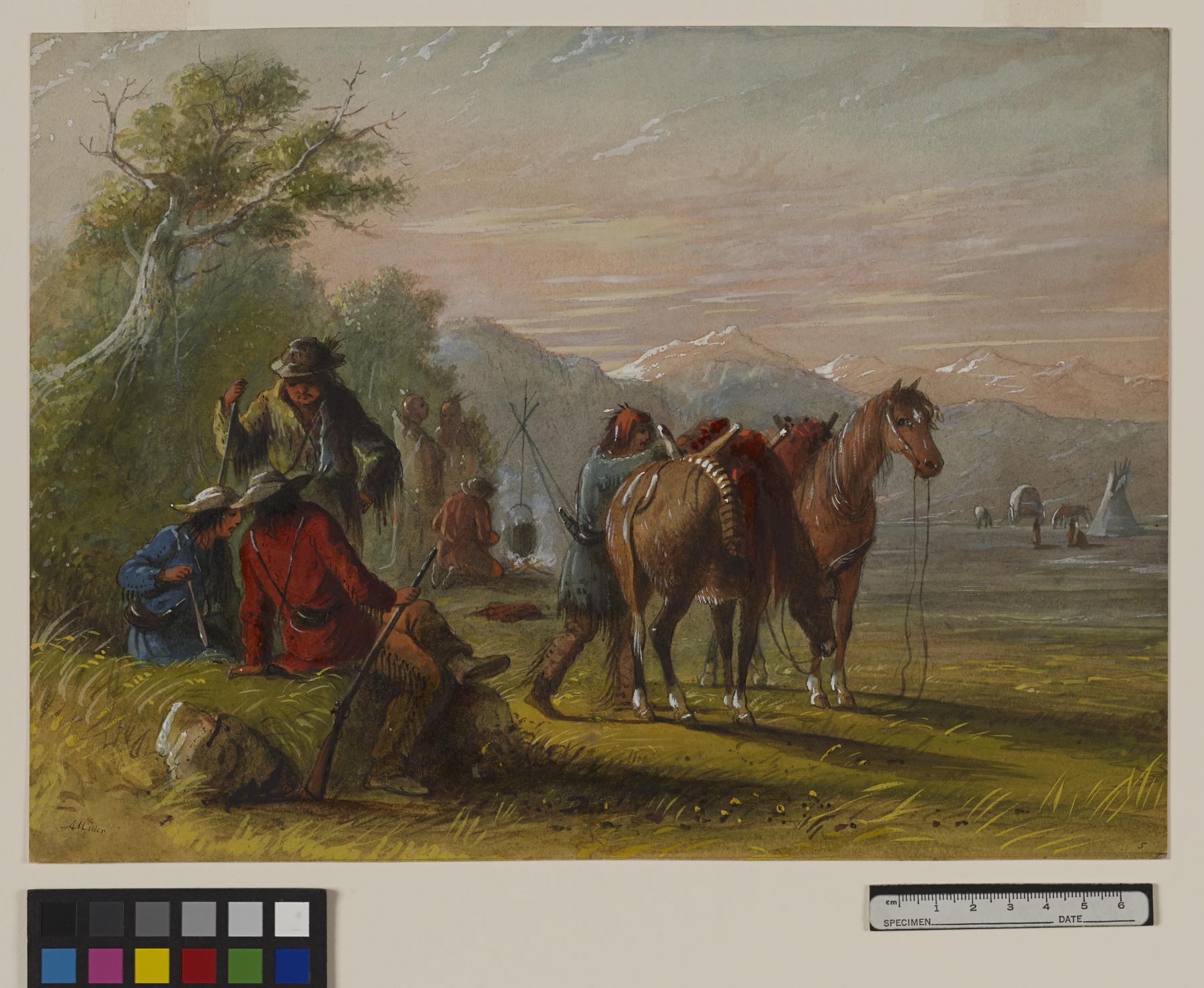 Camp Receiving a Supply of Meat

"As there were about 120 men to be provided for daily in our company, it may readily be conceived that great care was taken in the selecting of hunters to the camp." A.J. Miller, extracted from "The West of Alfred Jacob Miller" (1837).