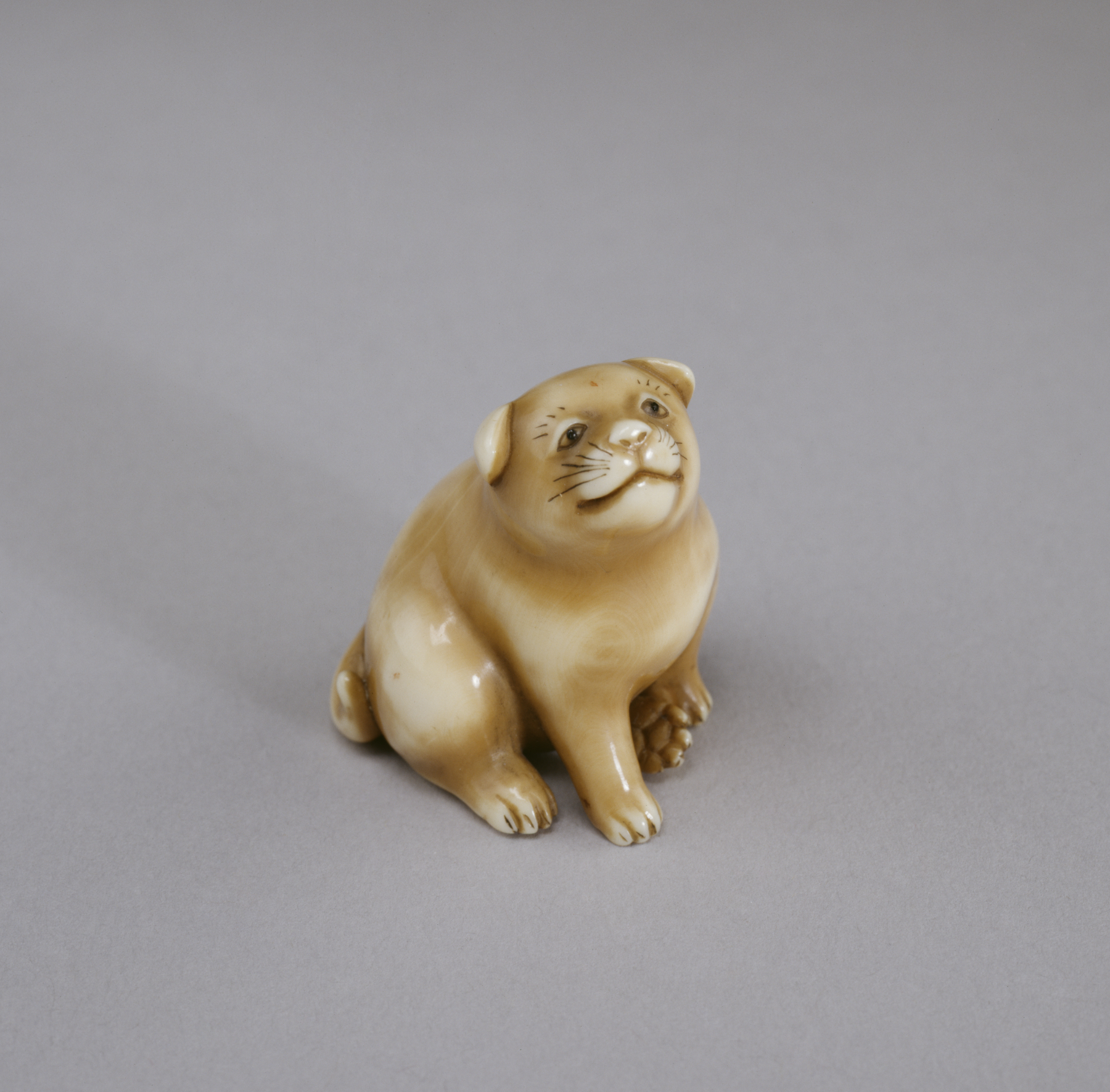 Netsuke in the Form of a Puppy

The dog represented the 11th year in the Chinese and Japanese 12-year cycle and was popularly regarded as a dispeller of evil. It was frequently portrayed as a puppy. Ohara Mitsuhiro, one of the most versatile and highly regarded netsuke artists of the mid-19th century, was born in Onamichi, near Hiroshima, and became an adherent of Zen Buddhism. In this example of his work, the smooth, rounded, subtly stained surface appeals to the viewer's tactile sense.