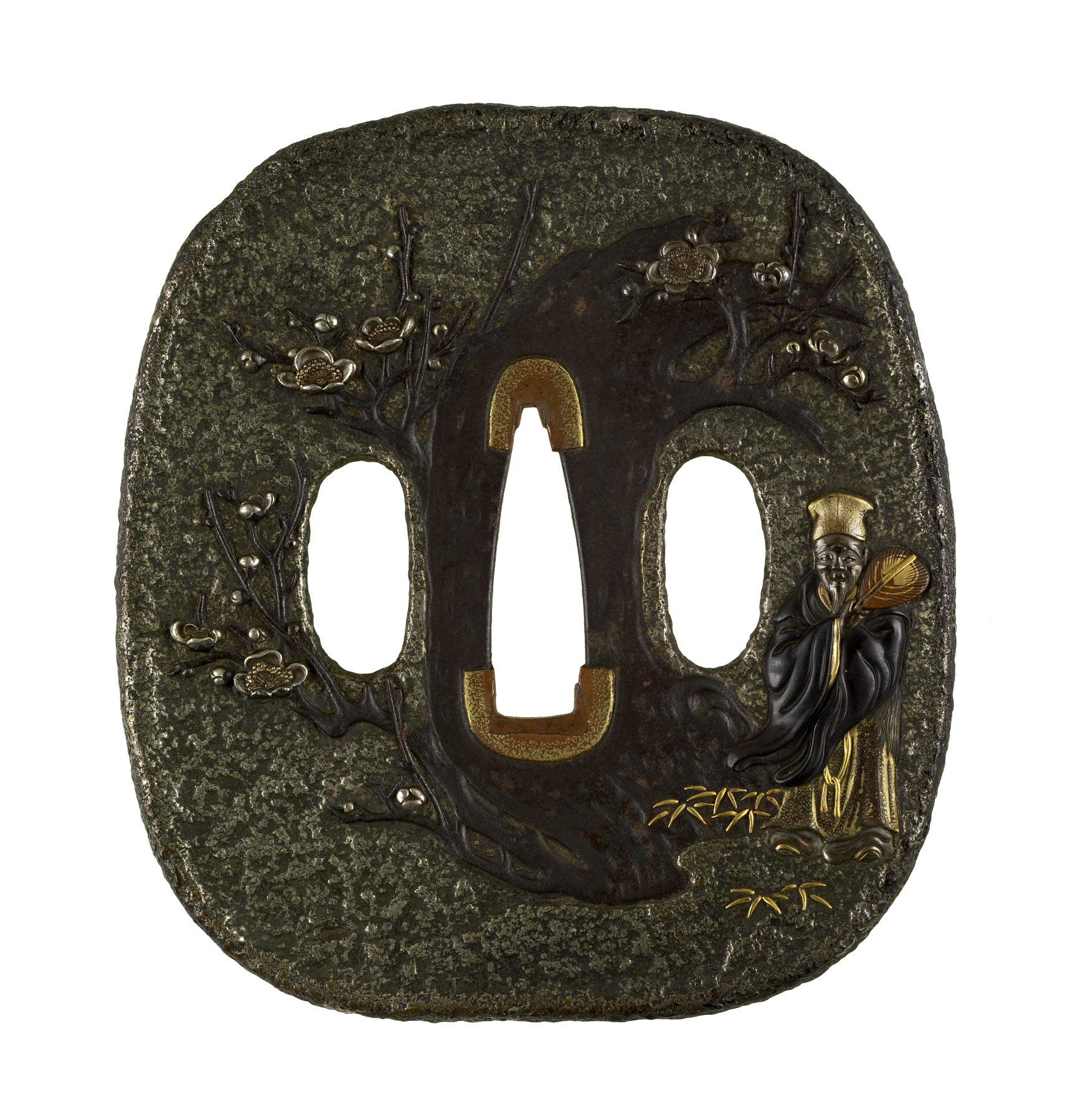 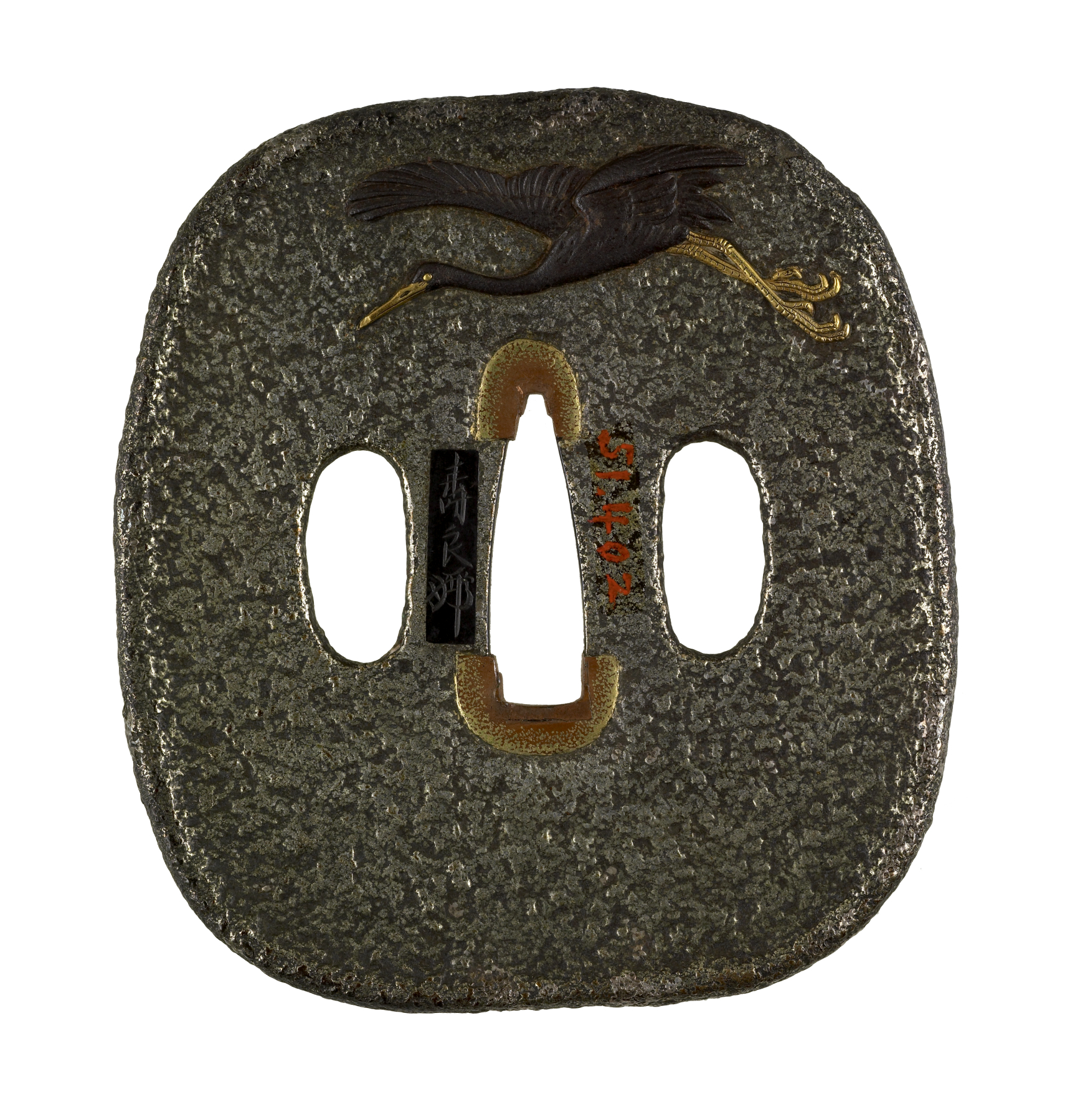 This tsuba depicts the Chinese poet Rinnasei (Ch. Lin Hetsing [Lin Ho Tsing]). None of his poems survive because he did not want to record them. He is always depicted with a plum tree and a crane. He stands on the right side of the tsuba holding a large fan. An aged plum tree spreads its branches and blossoms over the top of the tsuba. On the reverse, a crane is shown in flight.