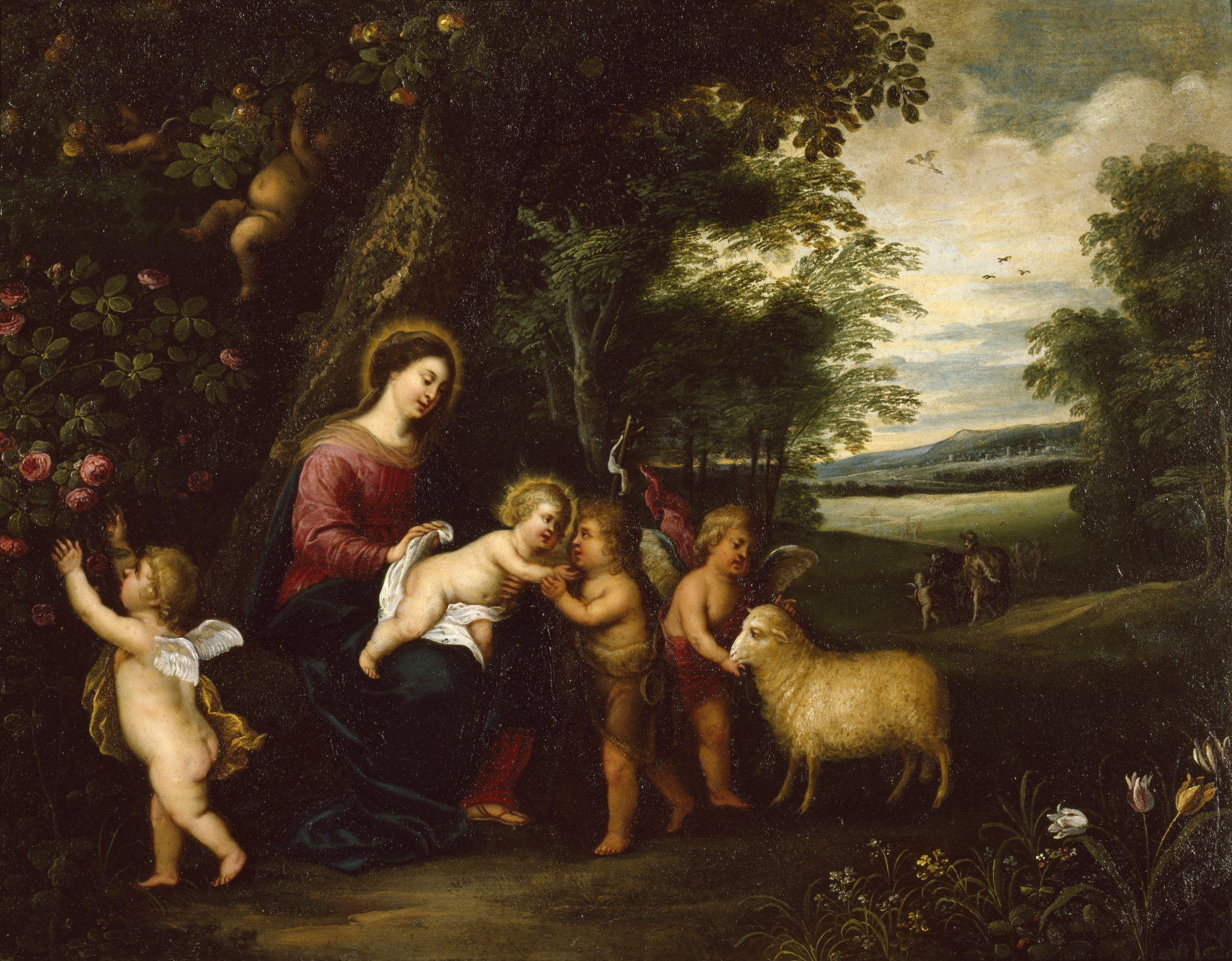 According to the Gospel of Matthew, after the departure of the Wise Men, an angel warned Joseph to flee with Mary and Jesus to Egypt. While Jesus and his cousin John tenderly say goodbye, Joseph, escorted by angels who will guide the family's journey, brings up the donkey for departure. John carries a little cross, is accompanied by a lamb symbolizing Christ's eventual sacrifice that John will later prophecy, and wears the animal skin that will be his clothing as an adult in the wilderness. Years later, Christ came upon John preaching the coming of the Messiah and was baptized by him. The scene gently insists that Christ's life and sacrifice were pre-destined.
The artist was one of the many in Antwerp in these decades who painted small-figure religious scenes, influenced by Peter Paul Rubens, set in luxurious landscapes. Such scenes were very popular with private collectors.