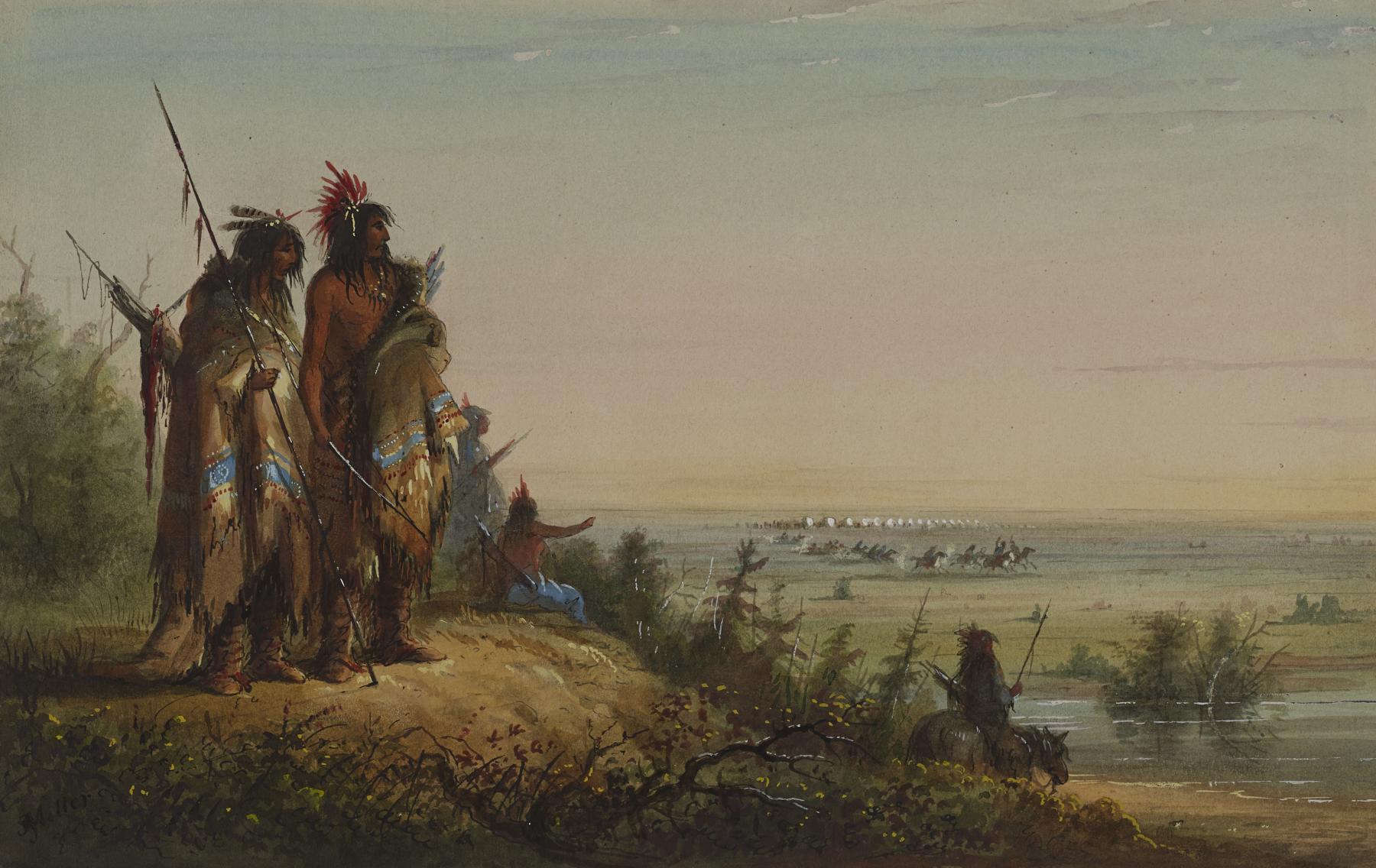 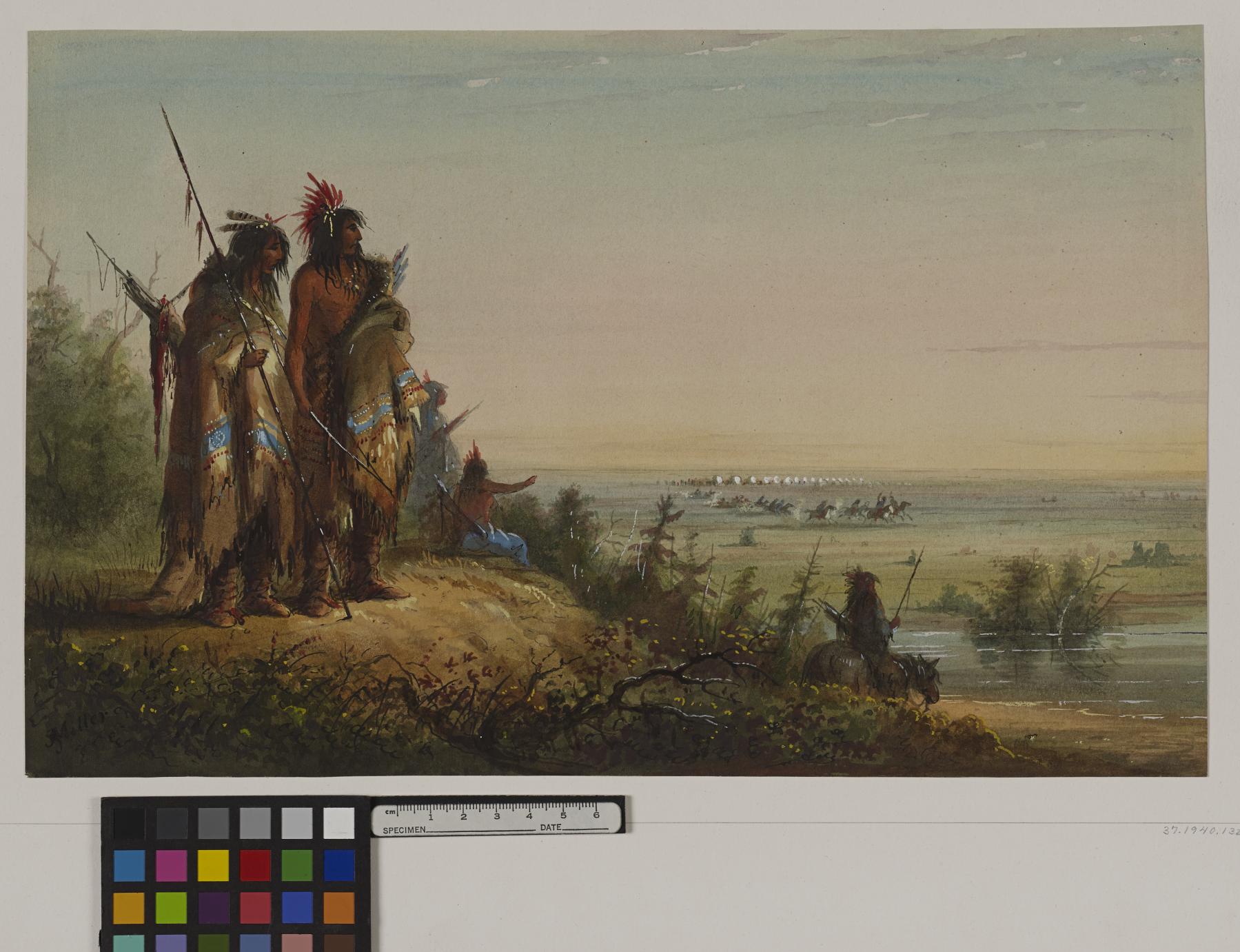 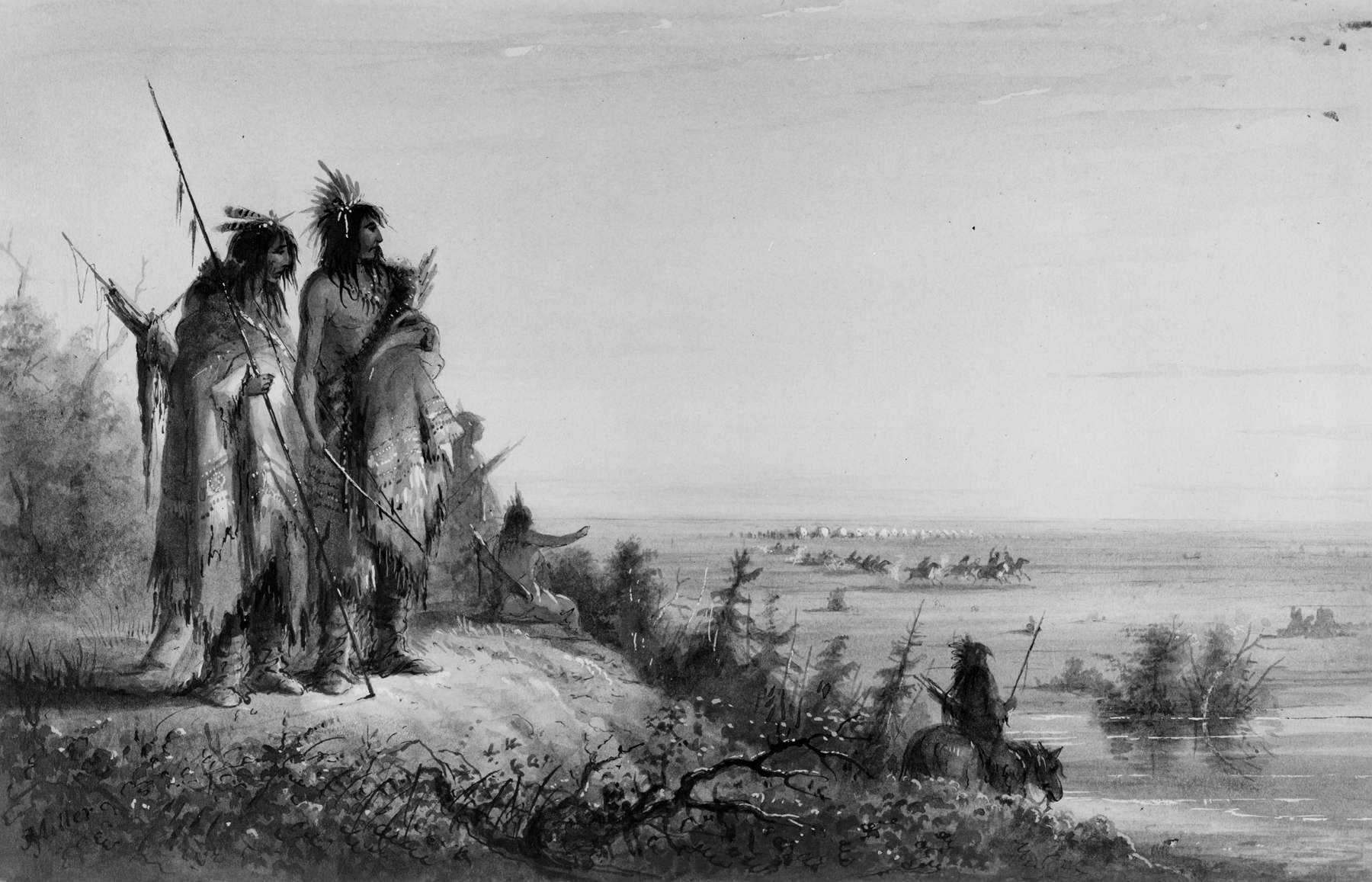 South Pass, or the Continental Divide, was the gateway to Oregon and California. The southwestern desert was not yet as fully explored as the Midwest, and so the trail along the Platte became the favored route. Discovered in 1812, the pass remained unknown to Anglo-Americans until a group of Crow Indians told Jedediah Smith and Thomas Fitzpatrick about it in 1824. After William H. Ashley started the rendezvous system in 1825, Fitzpatrick and others used South Pass as the entrance to the best beaver country in the mountains.

Here Miller pictures the frenzy that possessed the men as they neared the fresh water. The Indians, watching in contempt, Miller suggested, had much the same attitude as did Captain Stewart, who would not run his horse for the water but walked casually along as if he did not feel the same thirst that possessed the men.