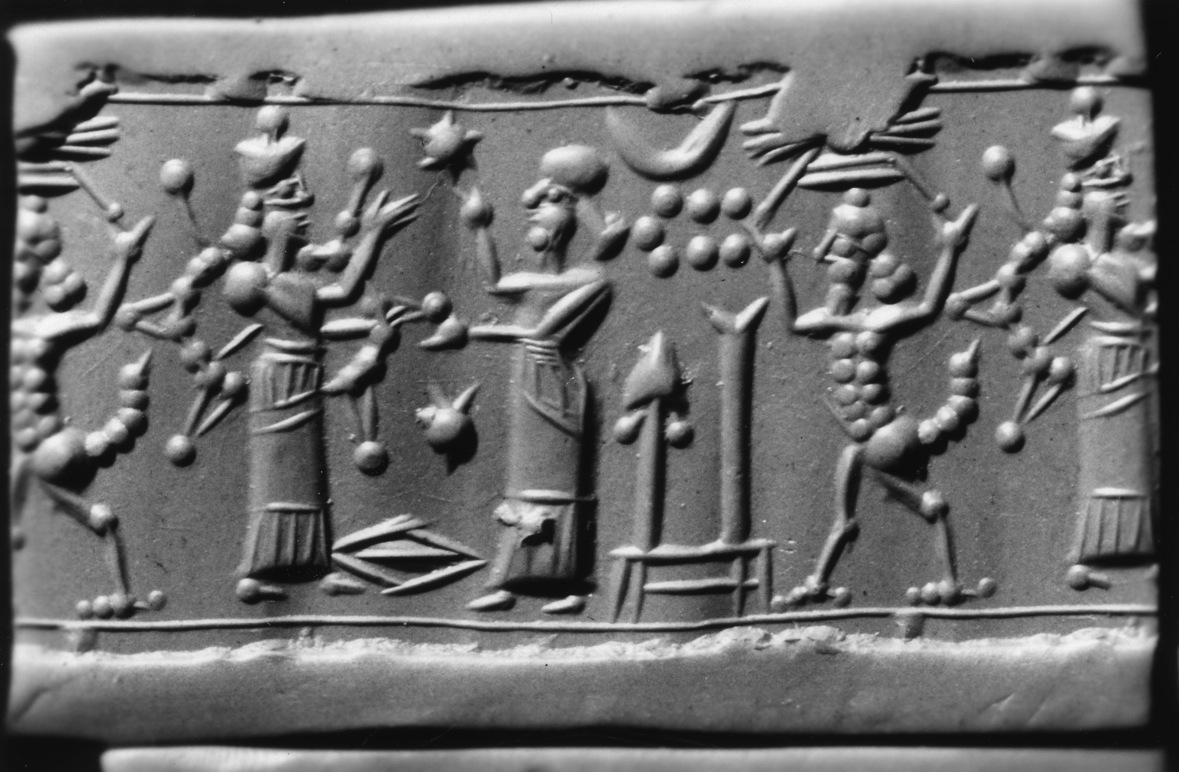 This seal's imagery includes a deity surrounded by a nimbus of stars, probably Ishtar, a worshipper, and human-headed scorpion figure. A rhomb, crescent, and a standard also decorate the scene.