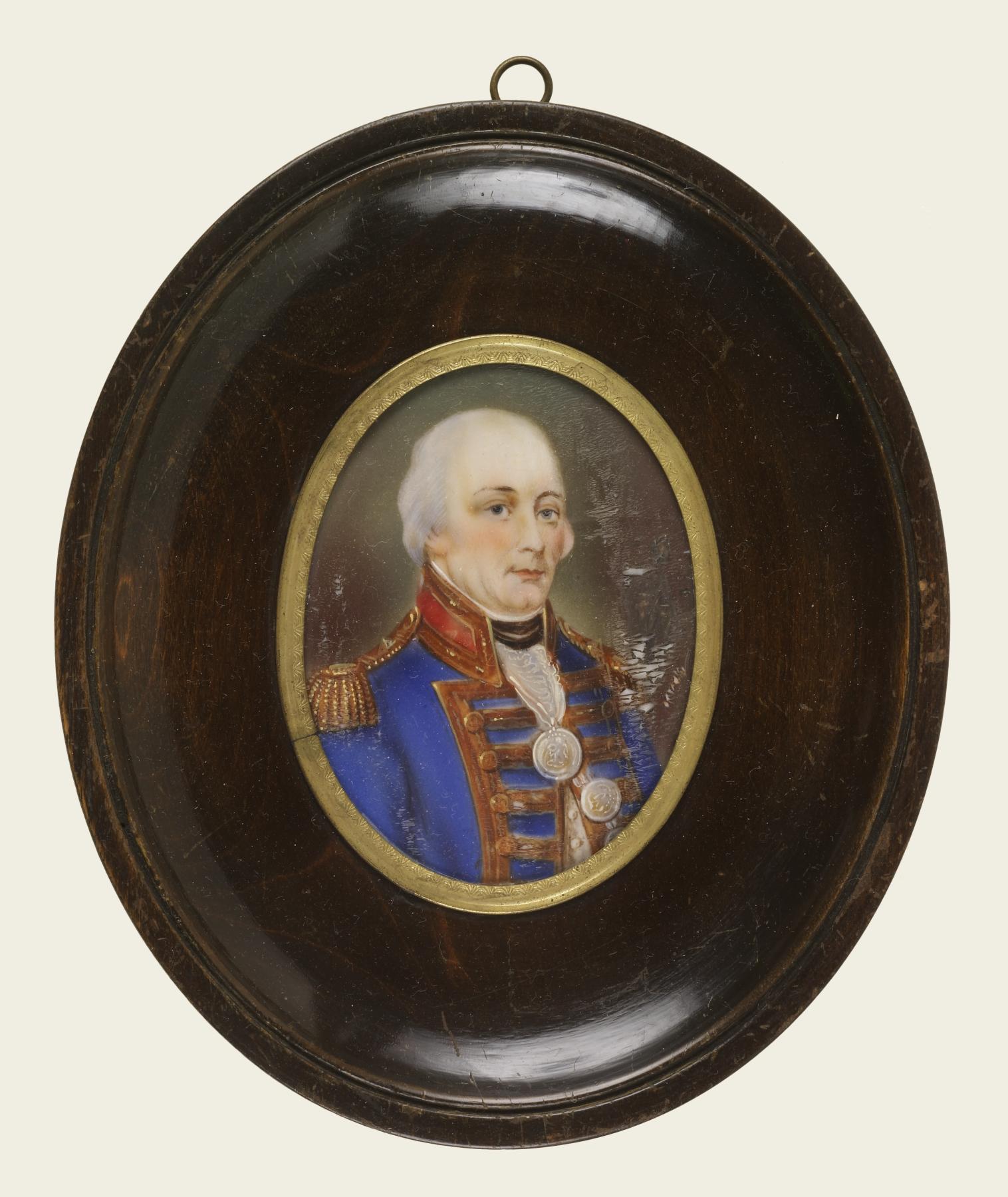 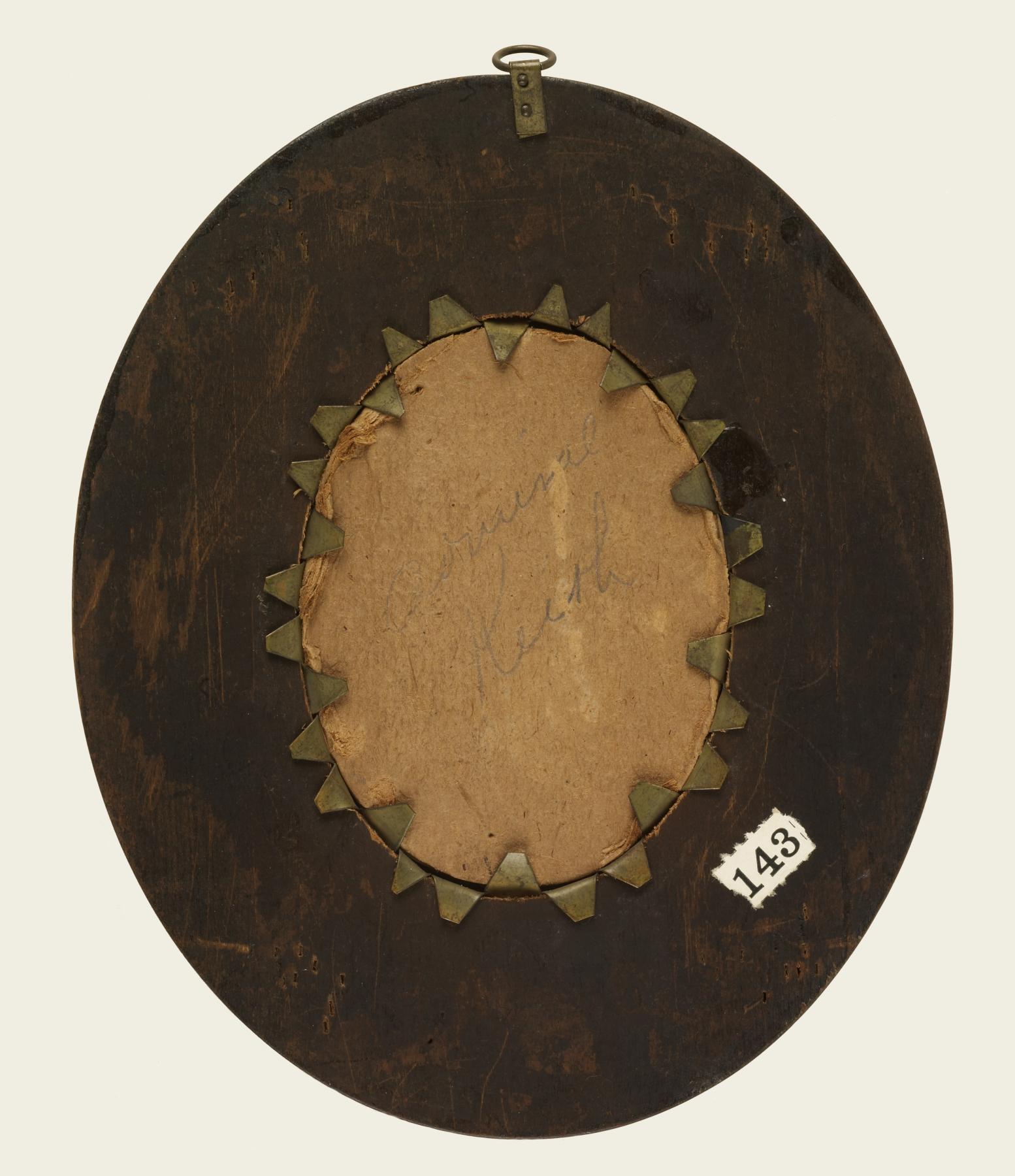 Admiral Lord George Keith (1746-1823) was a British naval hero. His image was disseminated in paintings and prints in the early 19th century. This miniature is an example of such commemorative images. WAM 38.641 is a companion piece depicting Admiral Collingwood.