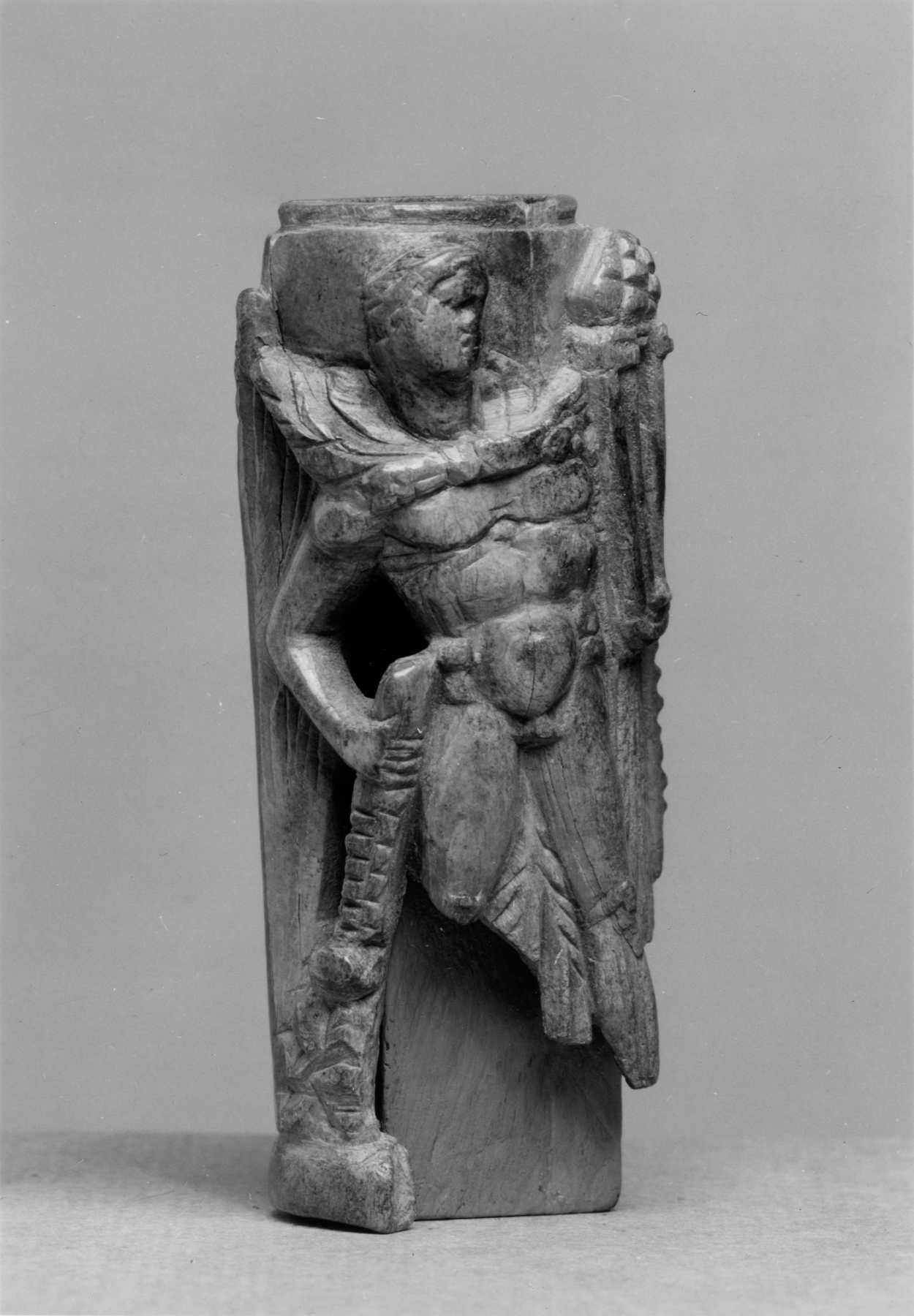 Herakles and the Delphic Tripod

The upper edge of the handle is carefully recessed to fit into a socket of the missing utensil. A section of the lower end has broken away; otherwise the handle is in good condition. On one side the bold relief shows Herakles carrying off the Delphic tripod. He also holds his club and has a lion's skin knotted across his shoulder. On the other side is an ithyphallic herm of Apollo, rather than the complete figure of Apollo himself, whith whom Herakles struggled for possession of the tripod. A tree, probably a laurel, indicative of the site of Delphi, completes the relief.

Five other bone handles of similar design are known, all, however, showing Egyptian deities of the Ptolemaic period and not scenes from Greek mythology. Whether the Walters example was made in Egypt cannot be determined.