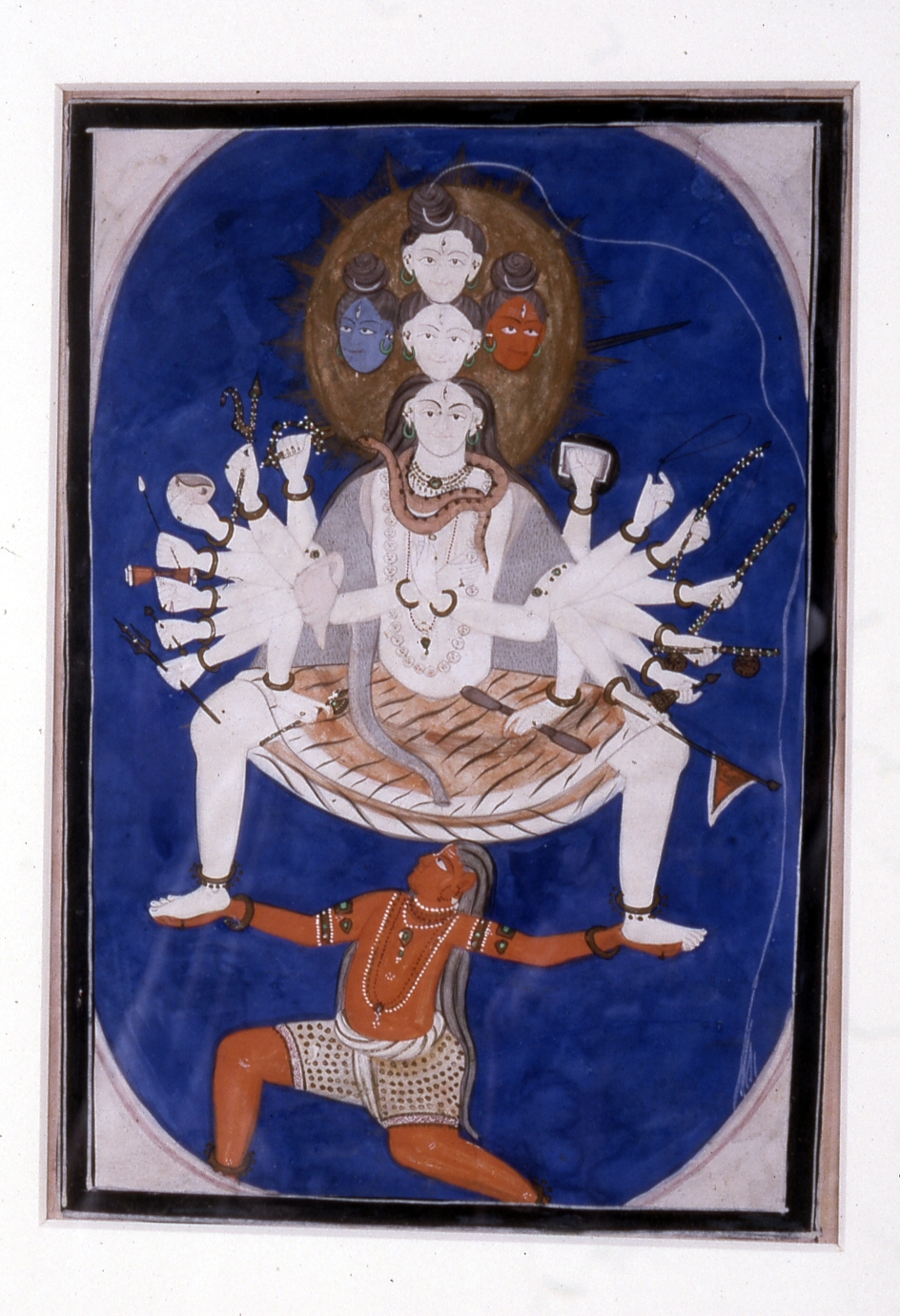 The god Shiva is shown in a dancing pose with five heads and eighteen arms that bear weapons and ritual instruments. His hair is piled up like a hermit’s on his upper heads, in front of which a crescent moon appears. The wavy white line at the right is the Ganges River, which descends from Shiva’s hair when he is residing in his mountain hideaway.