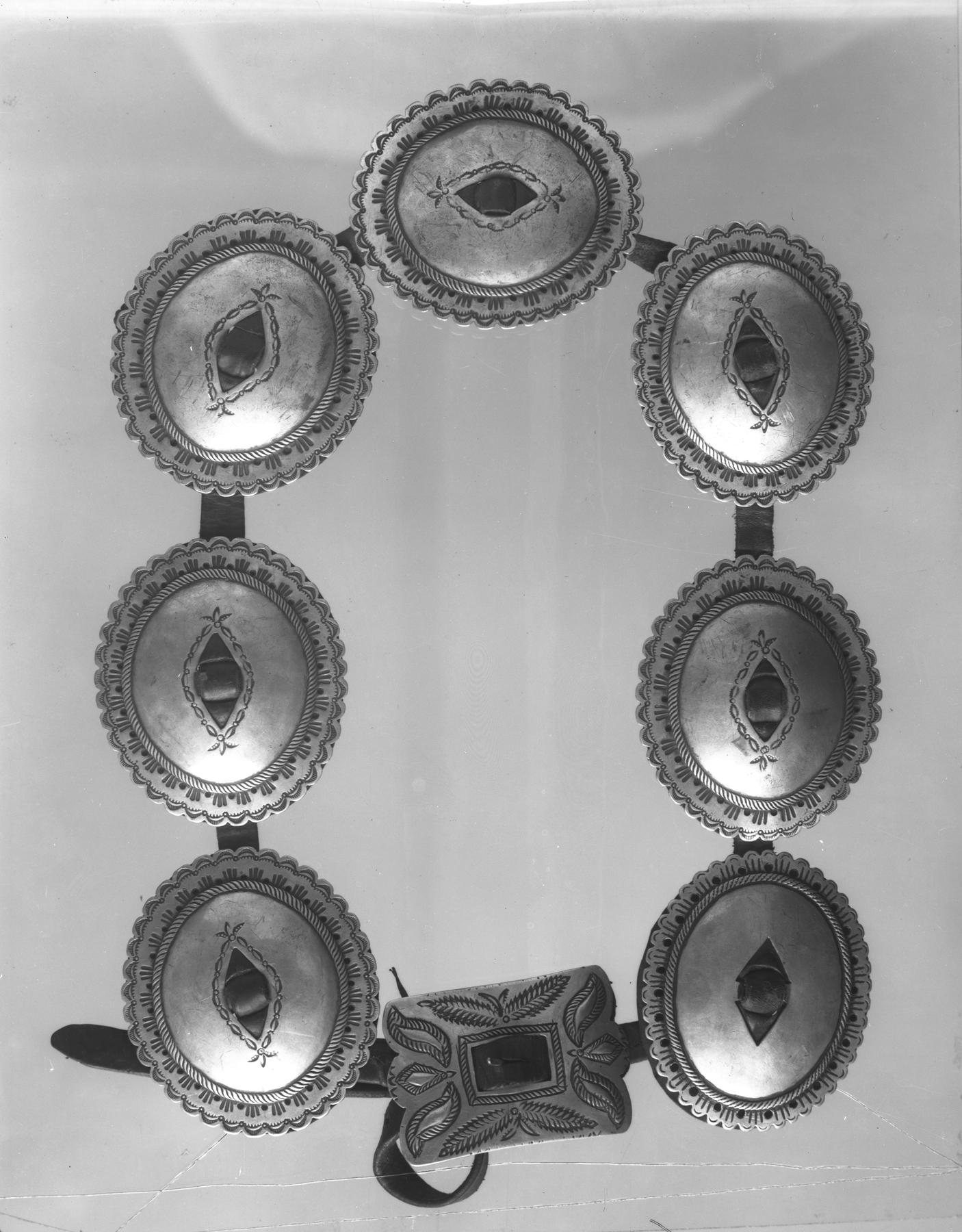 Navajo (Diné) peoples made this belt, with decorations called conchas (Spanish for shell) arranged on a leather strap. The inspiration for these kinds of belts was probably the similar plaques used as hair ornaments by members of tribes from the Southern Plains. Those conchas were usually round and undecorated. However, the Navajo were also familiar with the decorations of Spanish or Mexican harness buckles and other equestrian paraphernalia, which were frequently highly decorated with silveraccessories. At the end of the 1860s, Navajo peoples began making belts like this, in which conchas were pierced by diamond-shaped slots with a center bar, through which the leather was laced. (In later phases of concha belts, copper loops were soldered to the back of the conchas.) The conchas themselves became progressively more decorative, with scalloped edges, and punched designs picked out around the center slots and around the edges of the conchas. Due to its manufacture, with a center bar and without turquoise decoration, this example was likely made in the first phase of these belts, from about 1870-1880.