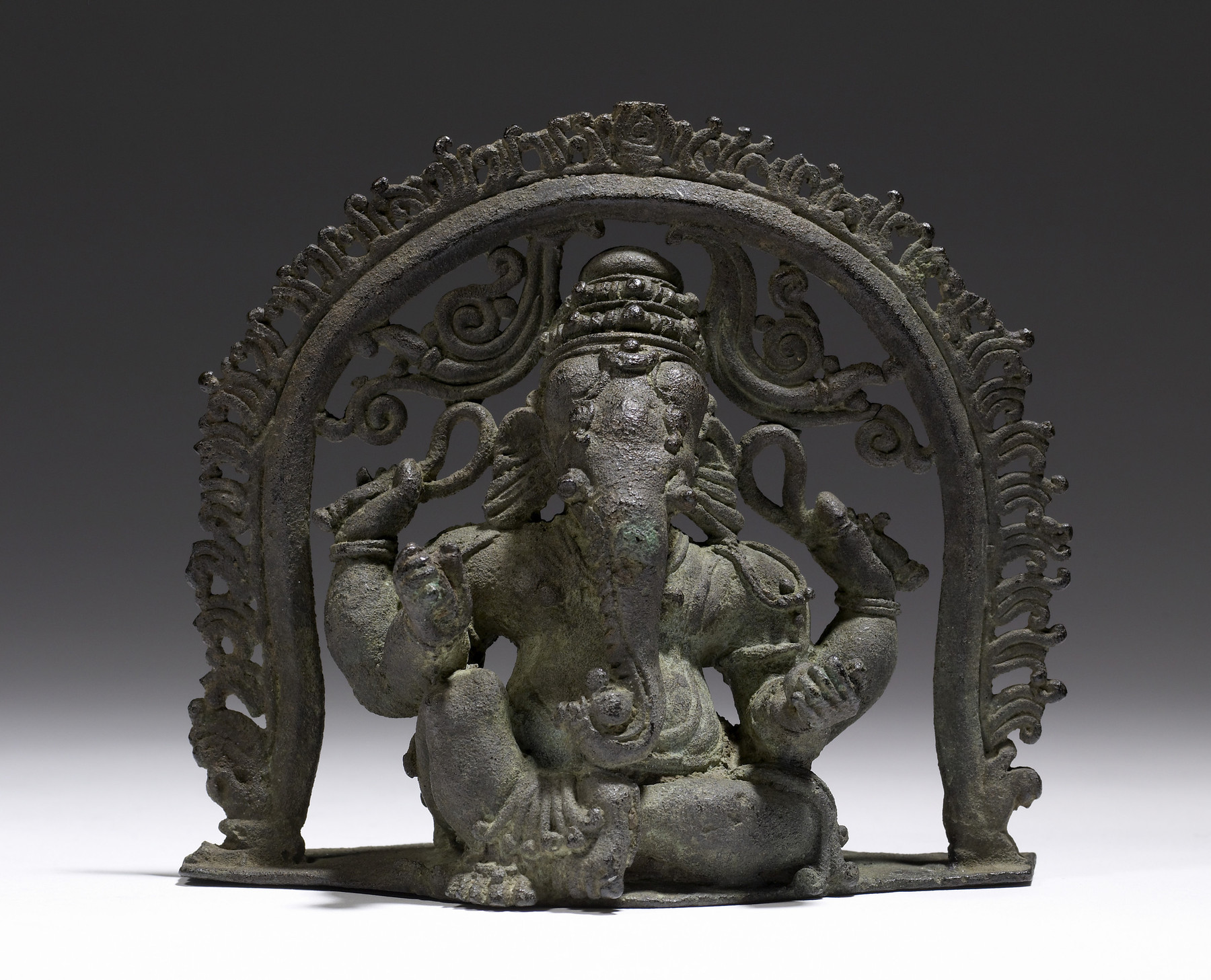 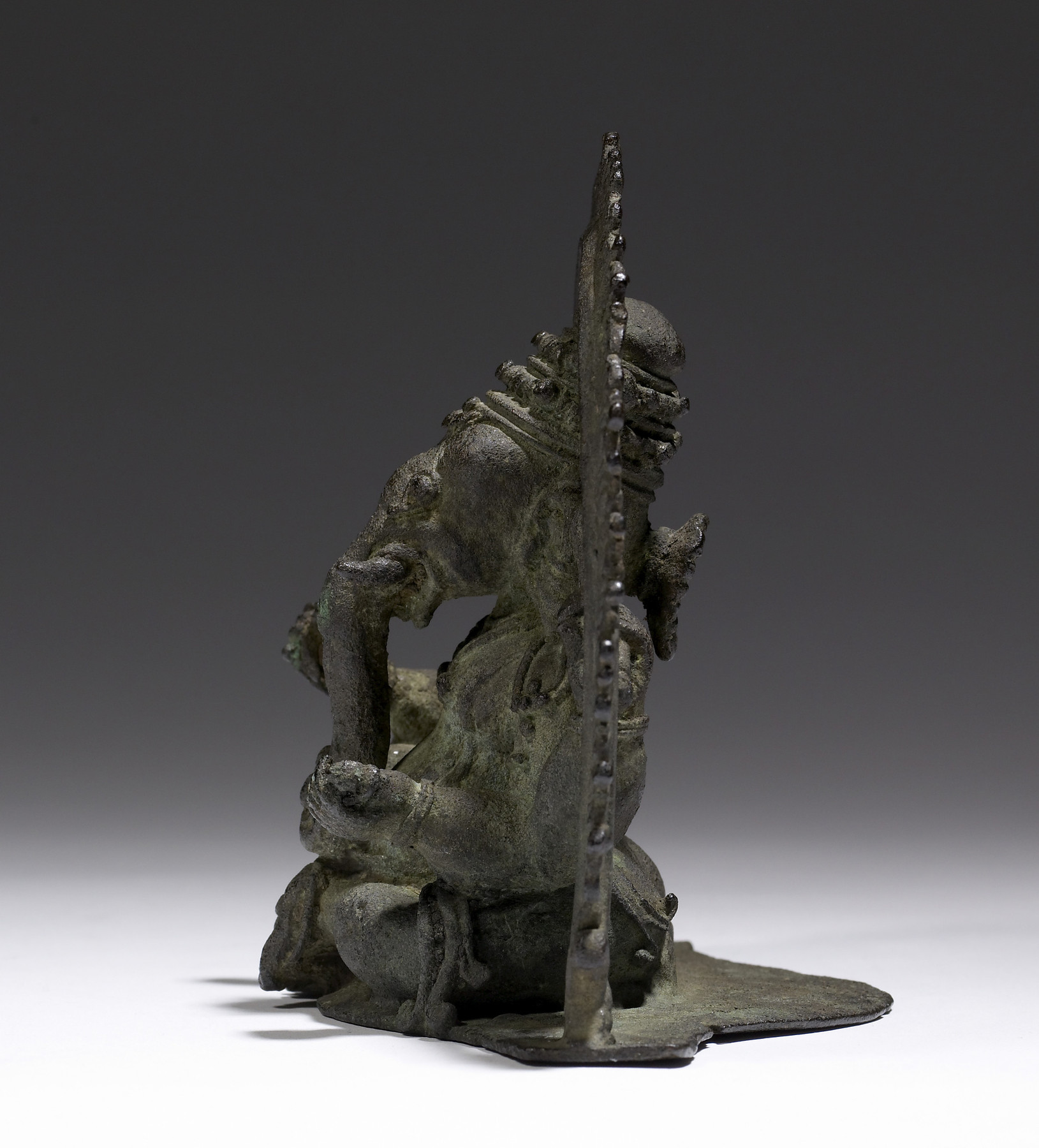 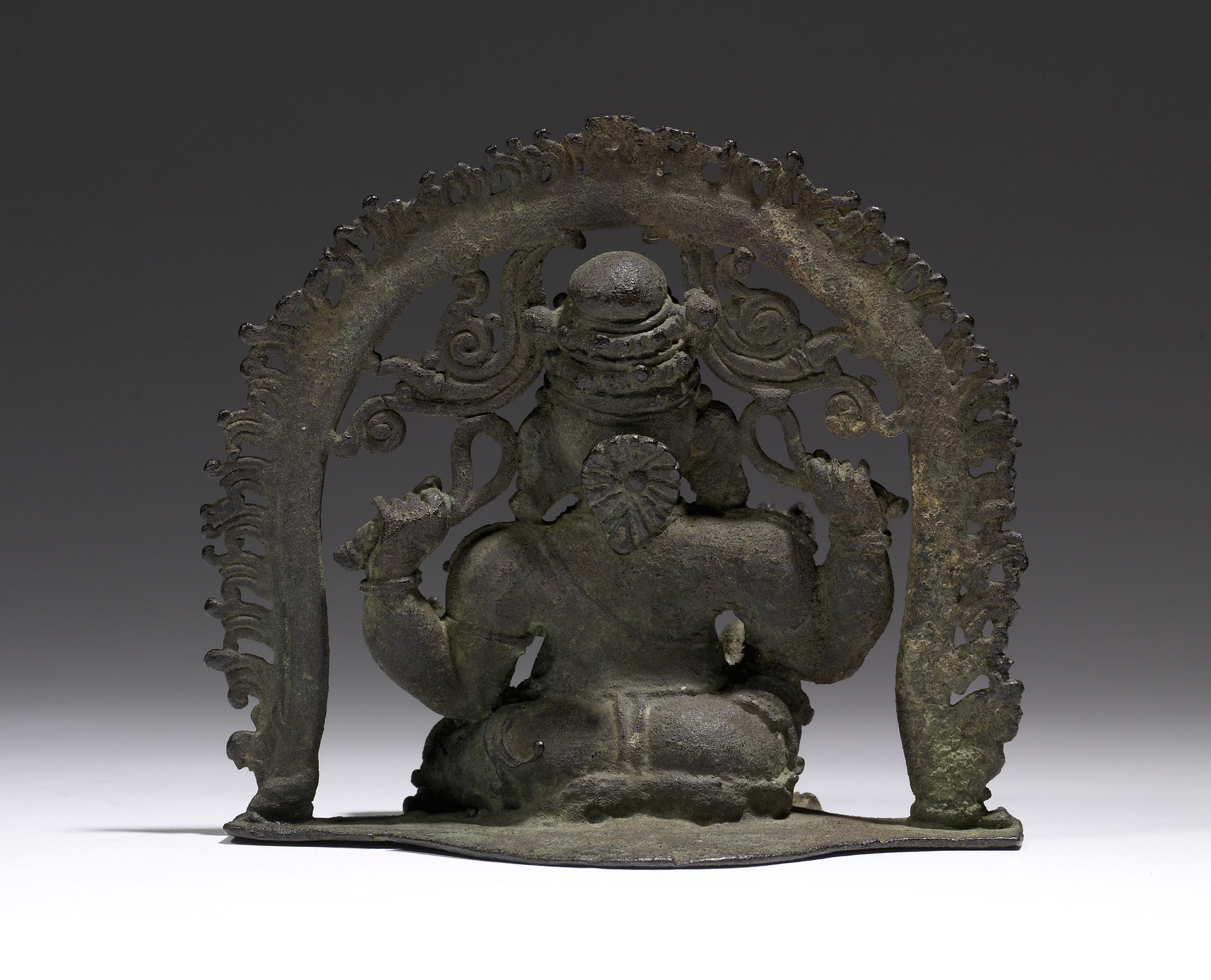 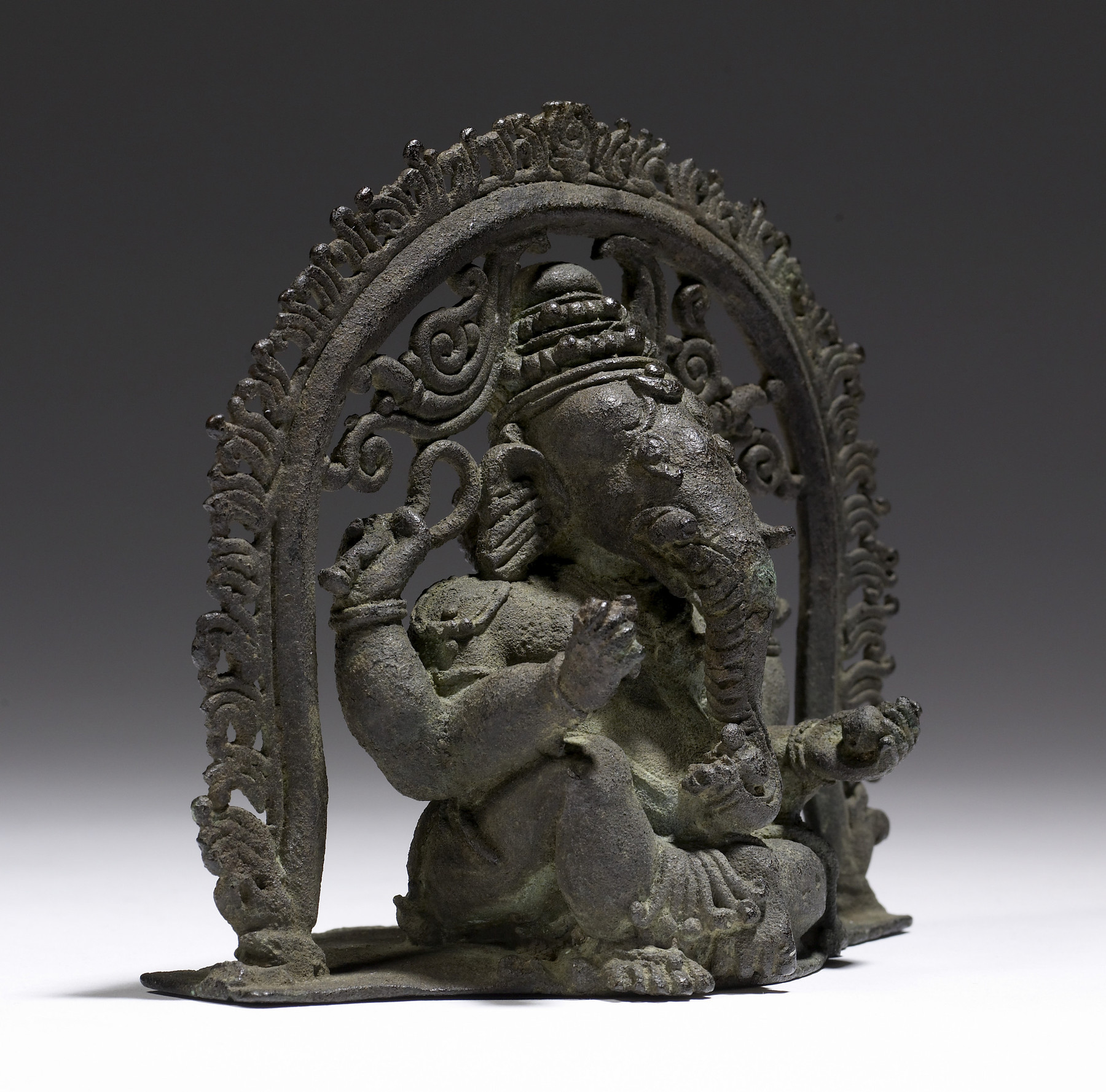 The Hindu god Ganesha, best known as a remover of obstacles, is easily recognized by his elephant head. Europeans, even scholars of Asian religions, had little real understanding of Hinduism until at least the late 1600s and tended to represent Ganesha in a way similar to the ancient Egyptian animal-headed gods they were more familiar with. Europeans scholars of the 1500s viewed Asian cultures as growing out of that of ancient Egypt; today we know that they developed completely independently.

According to one story as to how Ganesha obtained the head of an elephant, the goddess Parvati, wife of the god Shiva, created a boy to guard her door while Shiva was away. Upon returning, Shiva was prevented from entering Parvati’s room and became so enraged that he decapitated the boy. At Parvati’s insistence, Shiva sent servants to find the child a new head. They came back with the head of an elephant, and with it, Ganesha was restored to life.

Mr. and Mrs. John G.Ford, Baltimore, Maryland; given to the Walters Art Museum, 1988.