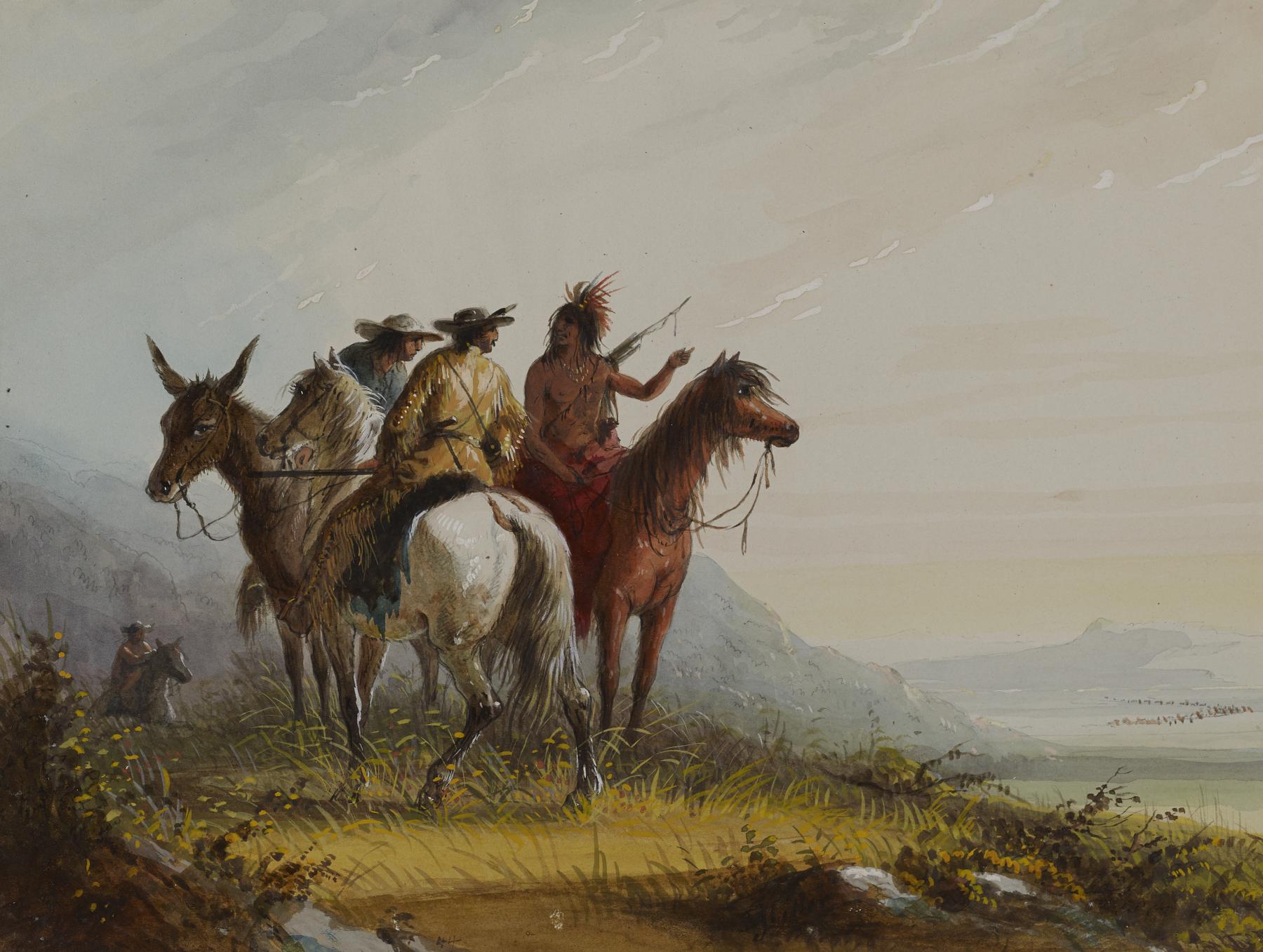 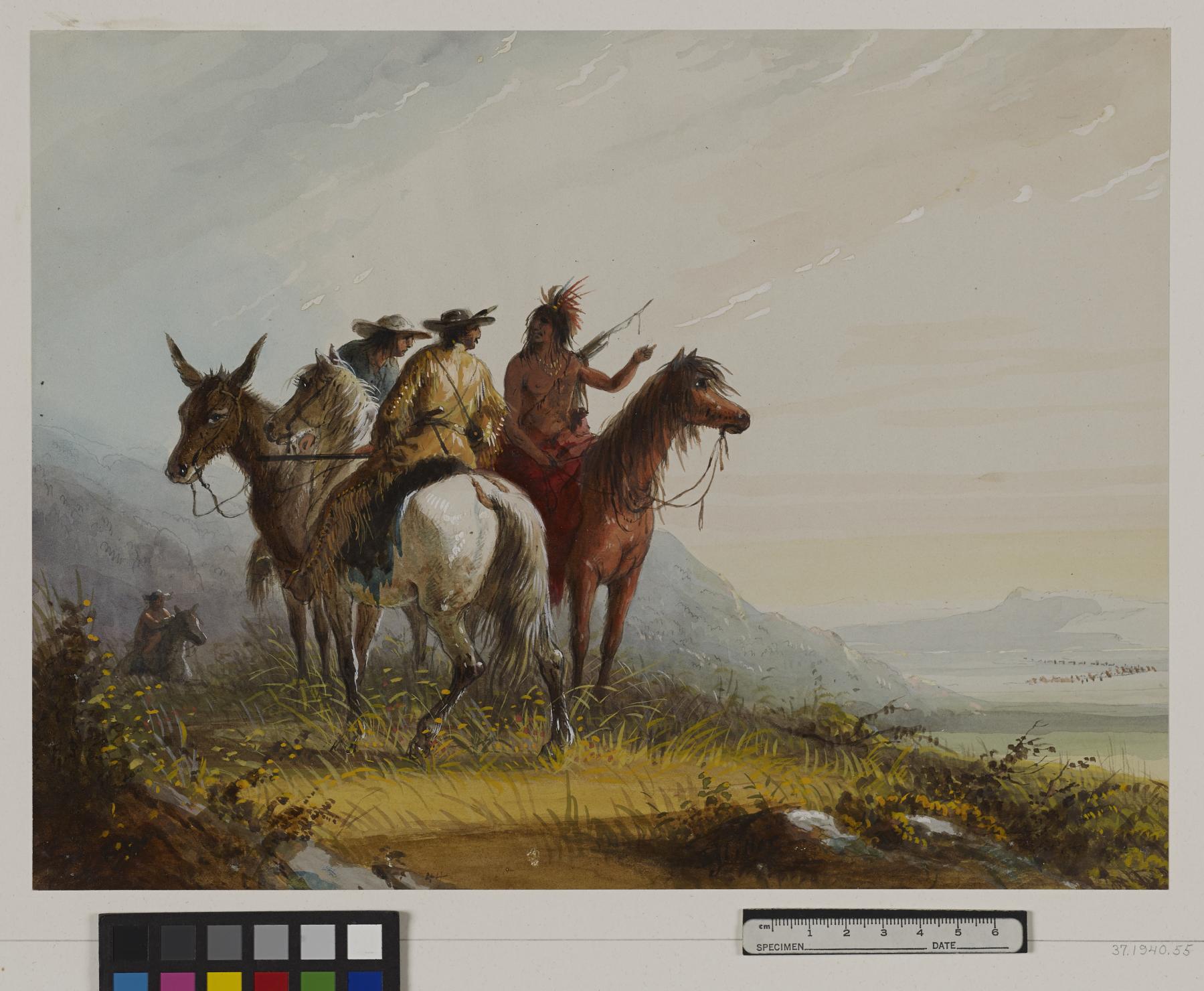 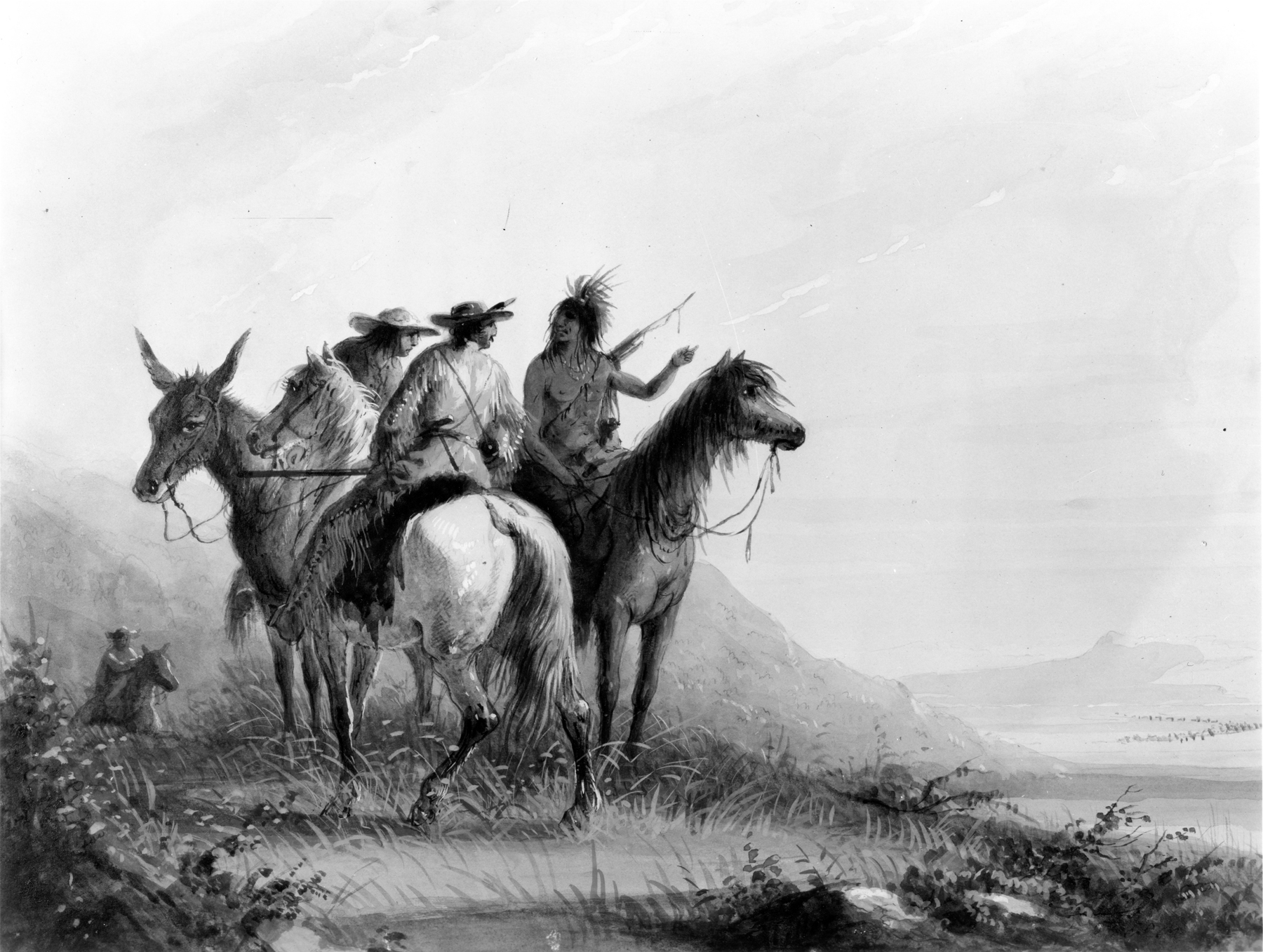 "The Commander, with his Indian guide and interpreter, has left the caravan on the plain and advanced to a 'butte' or bluff to reconnoiter, to see how the land lies, and interrogate the guide. These guides are often picked up haphazard on the prairie, having sometimes their own projects in view. From these elevated bluffs an extended view is had in all directions over the prairie, so that, with the aid of the compass, the hills and river courses, a pretty accurate testing of the guide's knowledge of the locality and his ability as pilot may be reached. The conversation is carried on by signs when the interpreter is at fault, comprehensible enough for all useful purposes and readily understood." A.J. Miller, extracted from "The West of Alfred Jacob Miller" (1837).