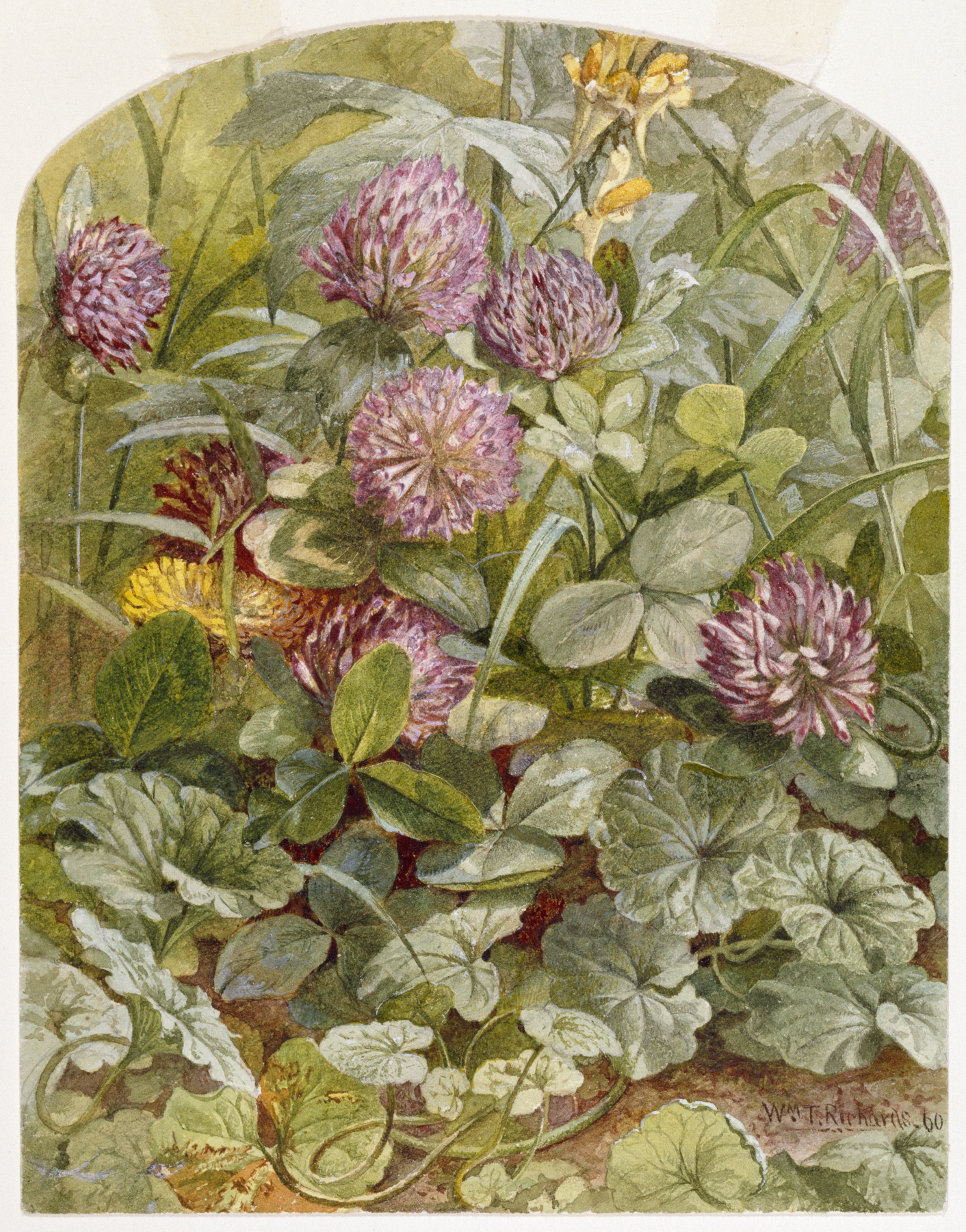 The influential English author and critic John Ruskin profoundly influenced the Pre-Raphaelite painters in England as well as their contemporaries in America. He once wrote that the duty of the artist was "neither to choose, nor compose, nor imagine, nor experimentalize; but to be humble and earnest in following the steps of nature, and tracing the figure of God." At the beginning of the 1860s, a number of American artist responded by producing views of plants growing in their natural state.

Richards' first attempts at working from nature in the Ruskinian manner date from 1858 and this phase lasts until 1865. This watercolor, which is dated 1860, portrays nature at closer quarters than his initial attempts. It also shows his growing control of the medium, although he did not come to specialize in watercolor until a decade later. This work is an interesting comparison to WAM 37.2642 which was painted from studies in the studio. In this work Richards' handling of watercolor is much broader and his subject matter wild and romantic, recalling the work of J.M.W. Turner.

Acquired by William T. Walters, before 1862