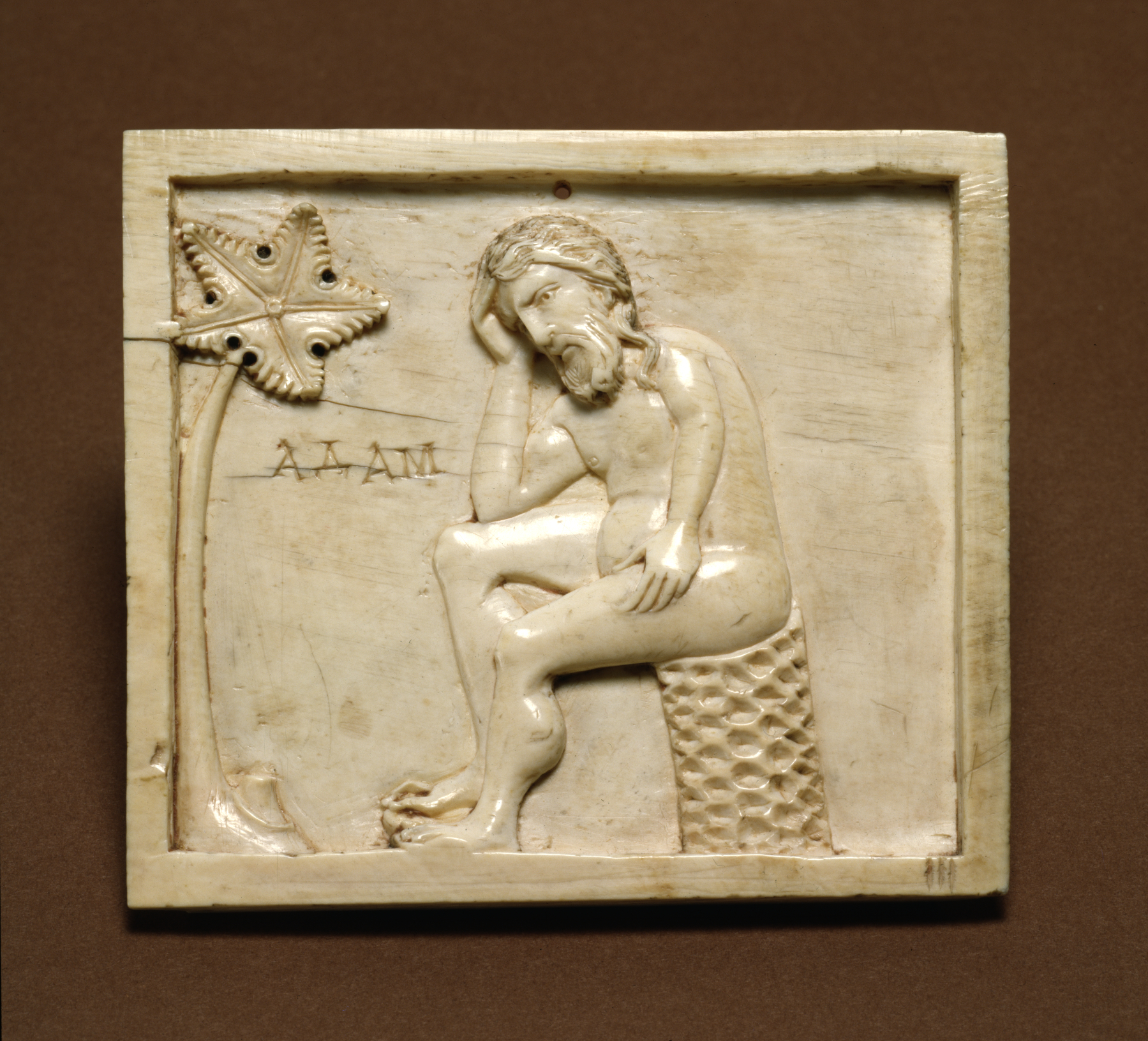 This finely carved plaque comes from a casket or box similar to WAM 71.295. Adam, identified by an inscription, grieves over his expulsion from paradise. The pose of the figure, a traditional expression of sorrow, seems to echo the pose of a classical statue of Herakles (the Greek form of Hercules) that was still to be seen in the Hippodrome of Constantinople at the time when this plaque was carved. The image of Adam therefore illustrates how artists in Byzantium at times re-interpreted older, Classical models.