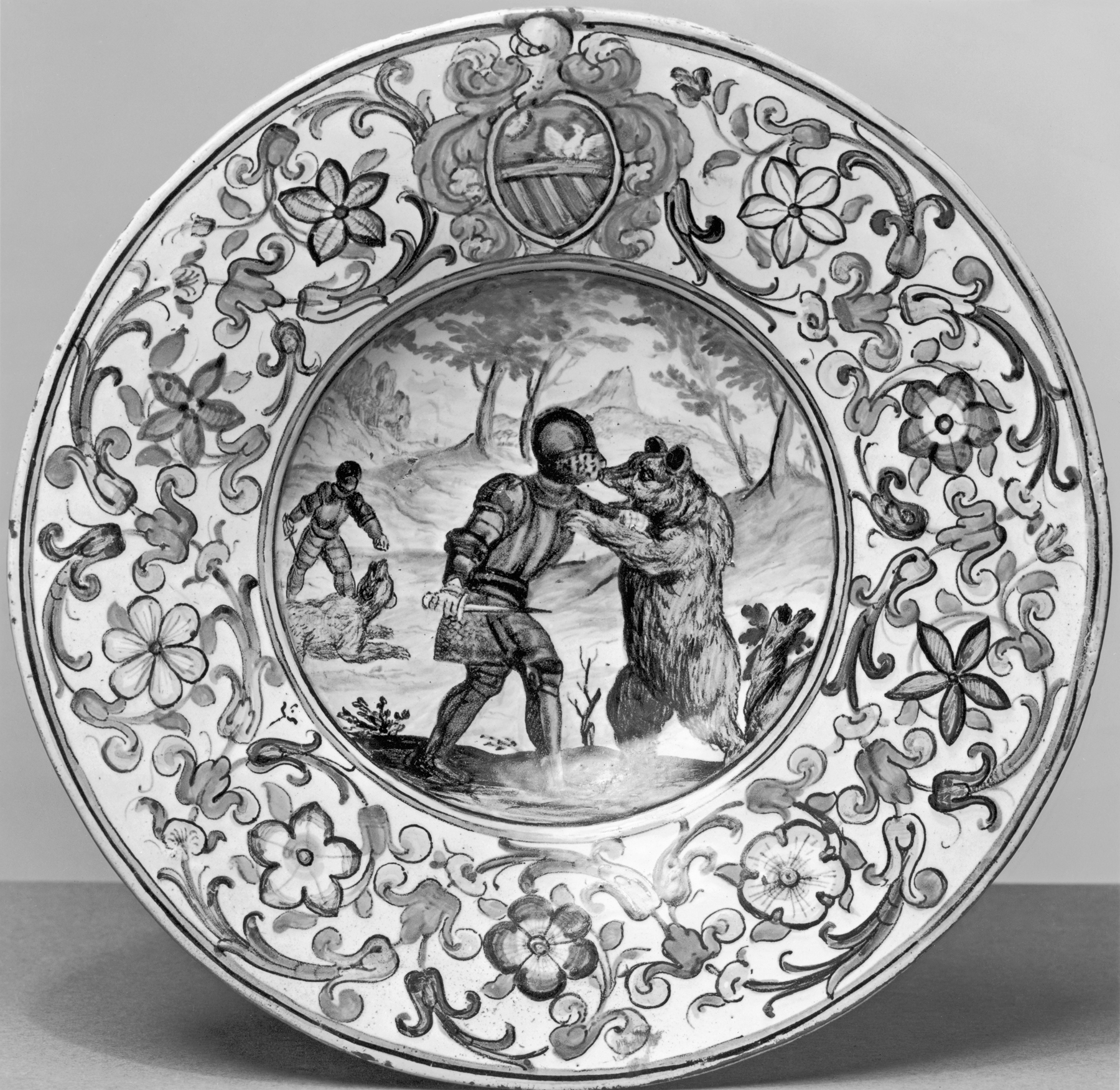 This plate with a broad, decorative border defined by floral scrolling surrounding a narrative or landscape scene is typical of the kind produced by the workshop of Carlo Antonio Grue—a maiolica painter from the town of Castelli—in the late 17th century. The scene in the center of two fully armored knights fighting with bears is puzzling and one wonders if the contemporary viewer found it so as well. The early 16th-century armor and the character of the composition, as well as the floral scrolling border suggest that the scene is derived from a German Renaissance print and was possibly meant as a romantic fantasy of medieval chivalry. The plate is painted in grey-blue, grey-green, yellow, ochre, and manganese. For the Grue family of maiolica artists, see no. 48.1755; for other works by Carlo Antonio, click on the artist’s name in the “creator” field; for additional information on "maiolica," see 48.1336.