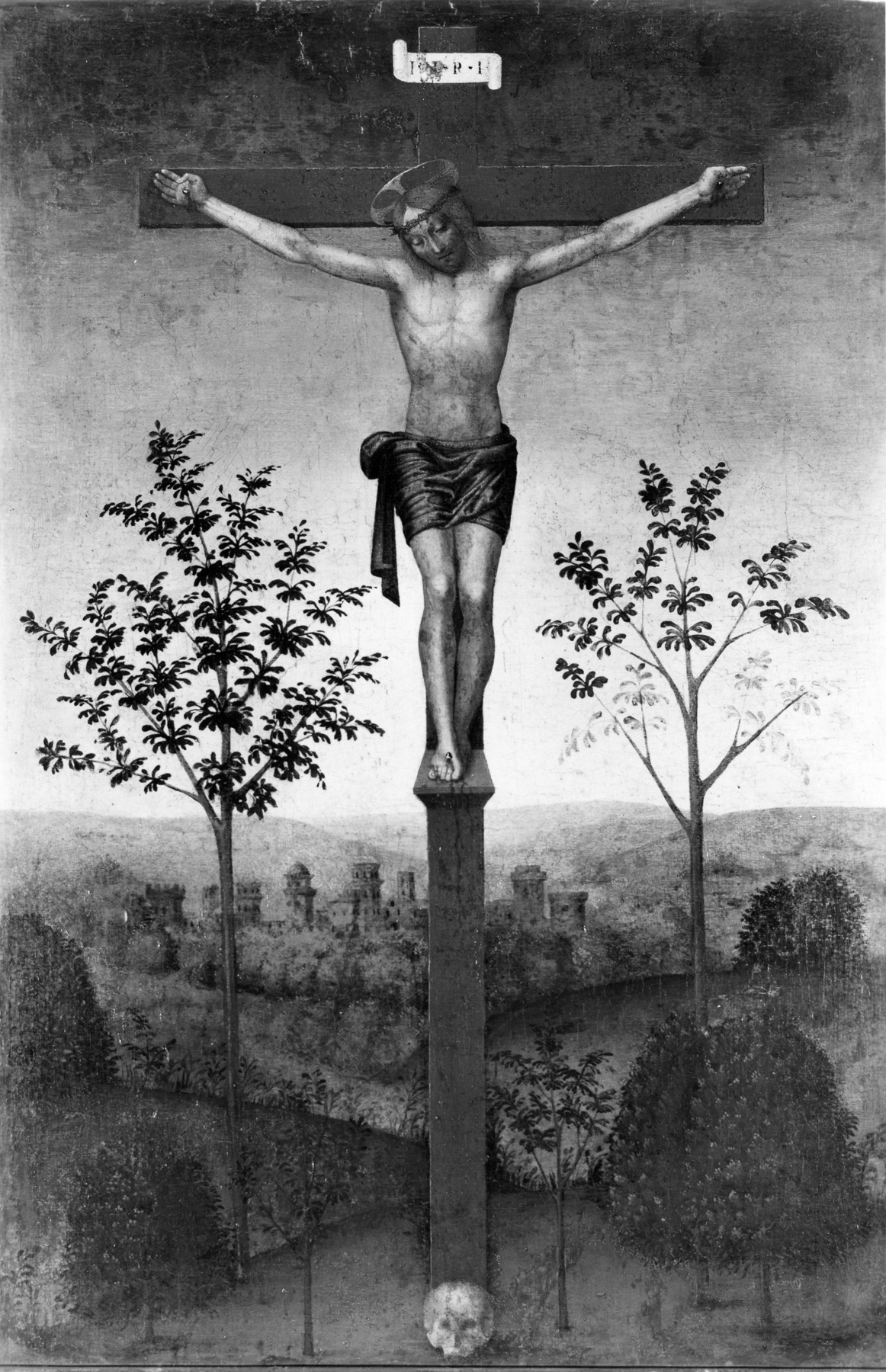 As suggested by its small size, this simple image of Christ nailed to the cross was likely intended for private devotion. By eliminating the subsidiary figures typically found in a Crucifixion scene, and instead focusing on Christ’s solemn composure at the time of his execution, the image encourages a quiet and sustained reflection on Christ's death. The skull beneath the cross is a reference to a popular legend claiming that at the moment of Christ's death, the earth was struck by a powerful earthquake that split the ground and brought forth the skull of Adam, the first man, who was believed to have buried at the very same spot where the cross was erected.

A nearly identical version of this painting, also by Gerino da Pistoia, the foremost painter in the Italian city of Pistoia (northwest of Florence) during the 16th century, is in the collection of Wawel Royal Castle in Krakow. The spindly trees flanking the cross are a motif derived from contemporary Netherlandish painting.