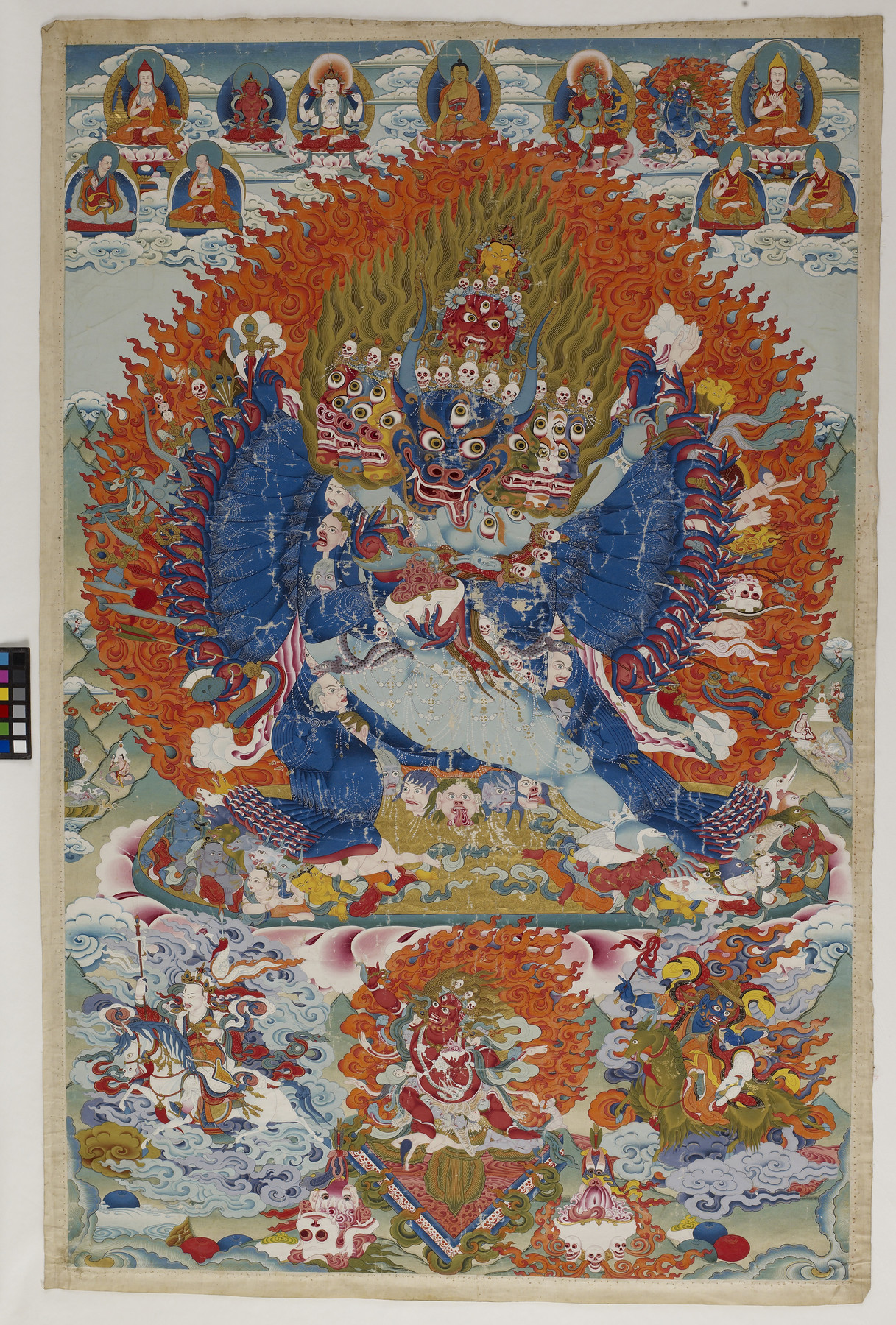 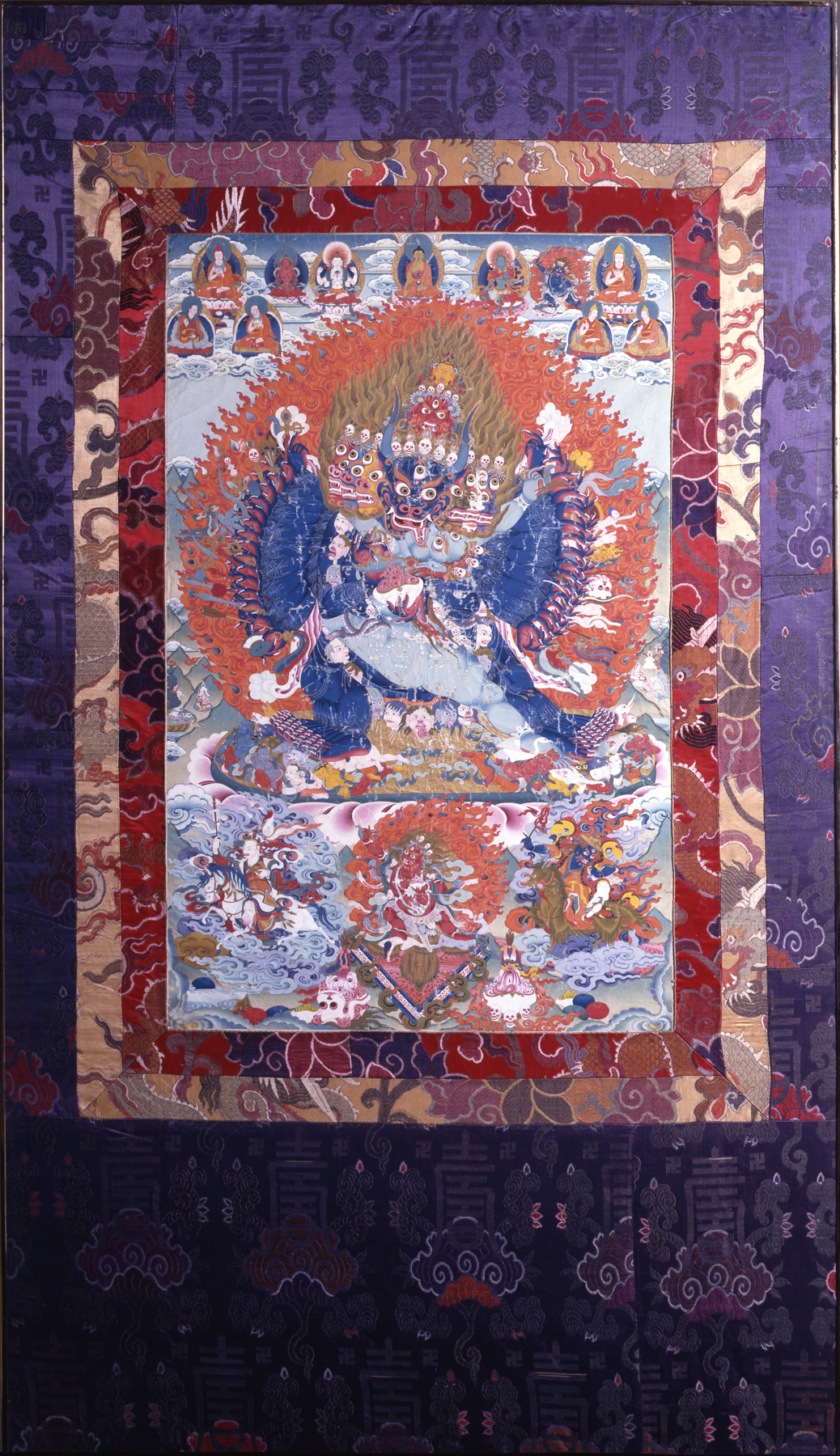 The enlightened wrathful deity Vajrabhairava, Buddhist conqueror of death, embraces his female partner, Vajravetali. His nine heads include that of a buffalo, the animal associated with the defeated god of death, and the crowning yellow face of Manjushri, bodhisattva of wisdom, with whom Vajrabhairava is associated. Vajrabhairava’s central crown of skulls is topped with images of five peaceful Buddhas, a reminder that his gruesome imagery, by forcing us to confront what we fear, ultimately supports the goal of enlightenment.