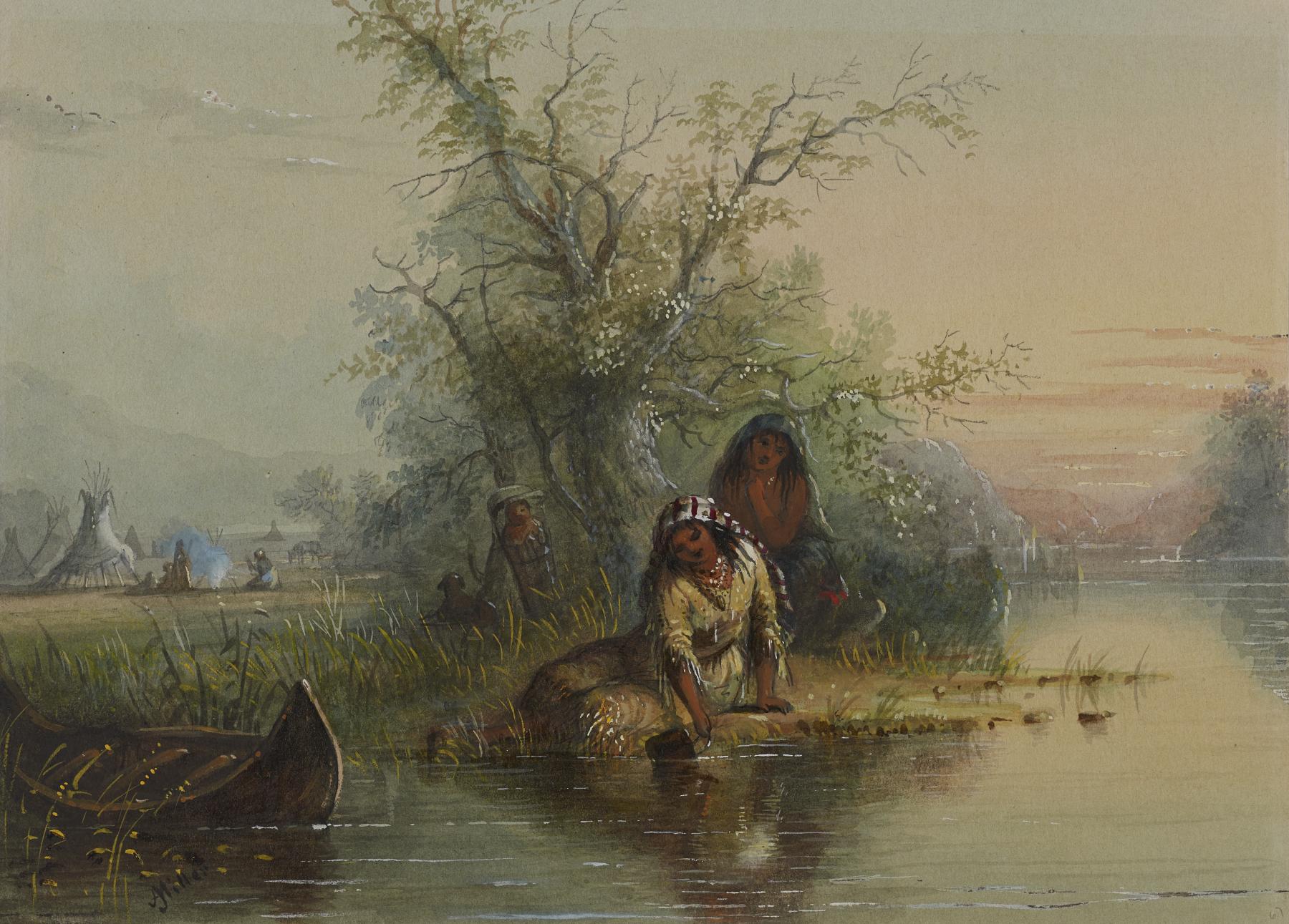 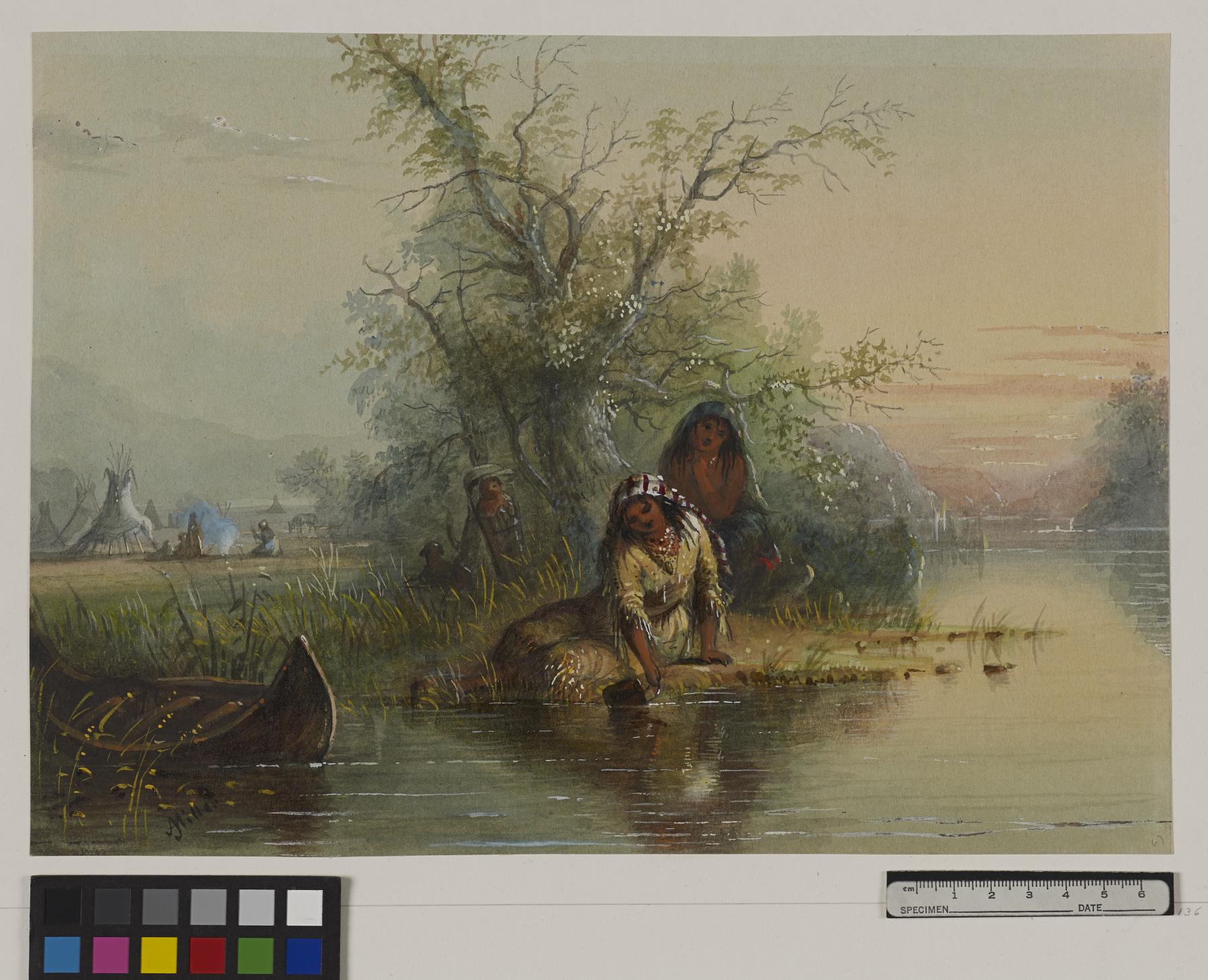 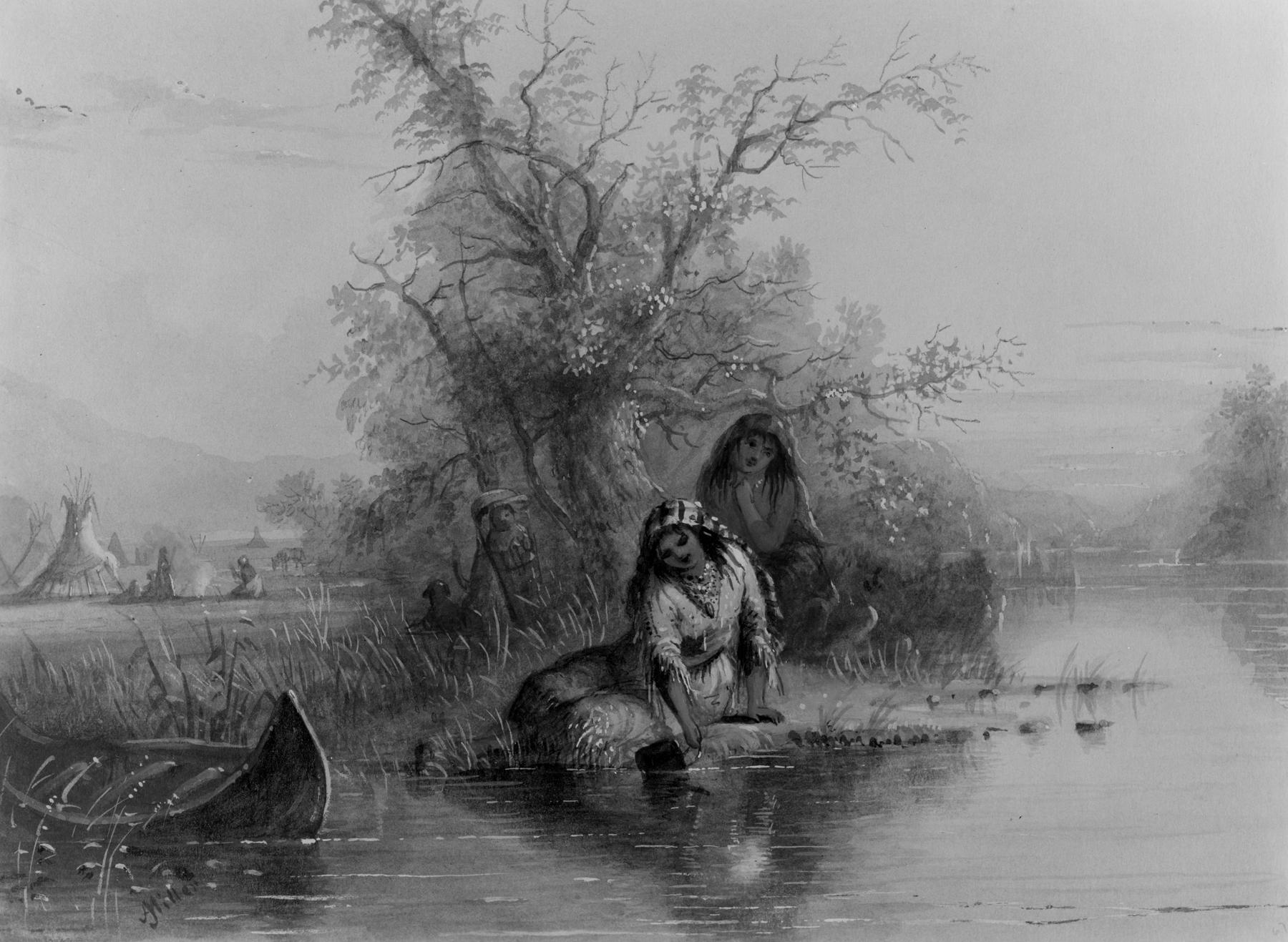 "The sketch presents an almost Arcadian scene, the simple minds of the savages gives them no brighter heaven hereafter. Their paradise is constructed with (at least) as much facility as a Persian... It is a question whether, with all our boasted civilization, we enjoy more real happiness than these children of the prairie, on whom we exhausted a deal of superfluous sympathy. They would certainly not be willing or in a hurry to exchange with us; and are at least contented with their lot. We (generally speaking) never are;- so that after toiling through pain and suffering for a life time, withough (rarely if ever) being able to accomplish the work before us, we go out of the world in about the same sort of stupid astonishment with which we came into it. The scene is on the River Eau Sucre, two Indian women are seated on its borders, and in the distance an encampment. In the immediate foreground is an Indian canoe, made of Birch-wood bark. These boats are light and swift, are beautifully modelled; and reminded one much of the Gondolas of Venice." A.J. Miller, extracted from "The West of Alfred Jacob Miller" (1837).