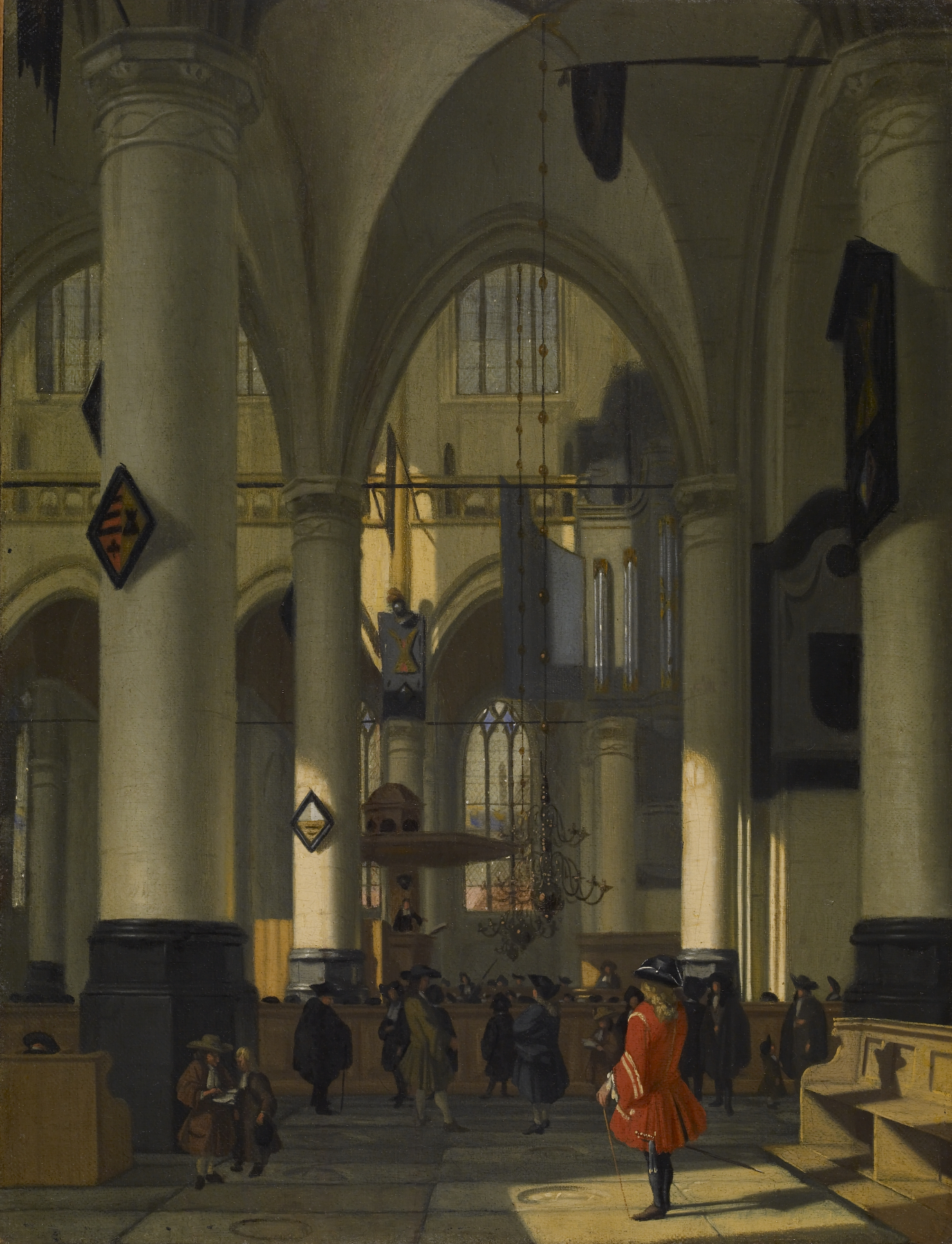 Imaginary Interior of a Protestant Church

After 1581, when the northern Netherlandish provinces declared their independence from Catholic Spain, most Dutch Catholic churches were whitewashed for the use of Protestants, especially the followers of John Calvin. In covering the frescoes of biblical subjects that Catholic worshipers had treasured for their beauty and as aids to devotion, these Protestants strictly interpreted the biblical injunction against images of the divine that could lead to idolatry. They focused on God's word, and preaching, depicted here, was central to their worship.

The white, light-filled spaces have an abstract beauty that Van Streek has enhanced by a brilliant splotch of crimson in the coat of the fashionable man in the foreground and by his shadow sliding over the pew. This imaginary interior is based on the Old Church (Oude Kerk) in Amsterdam.