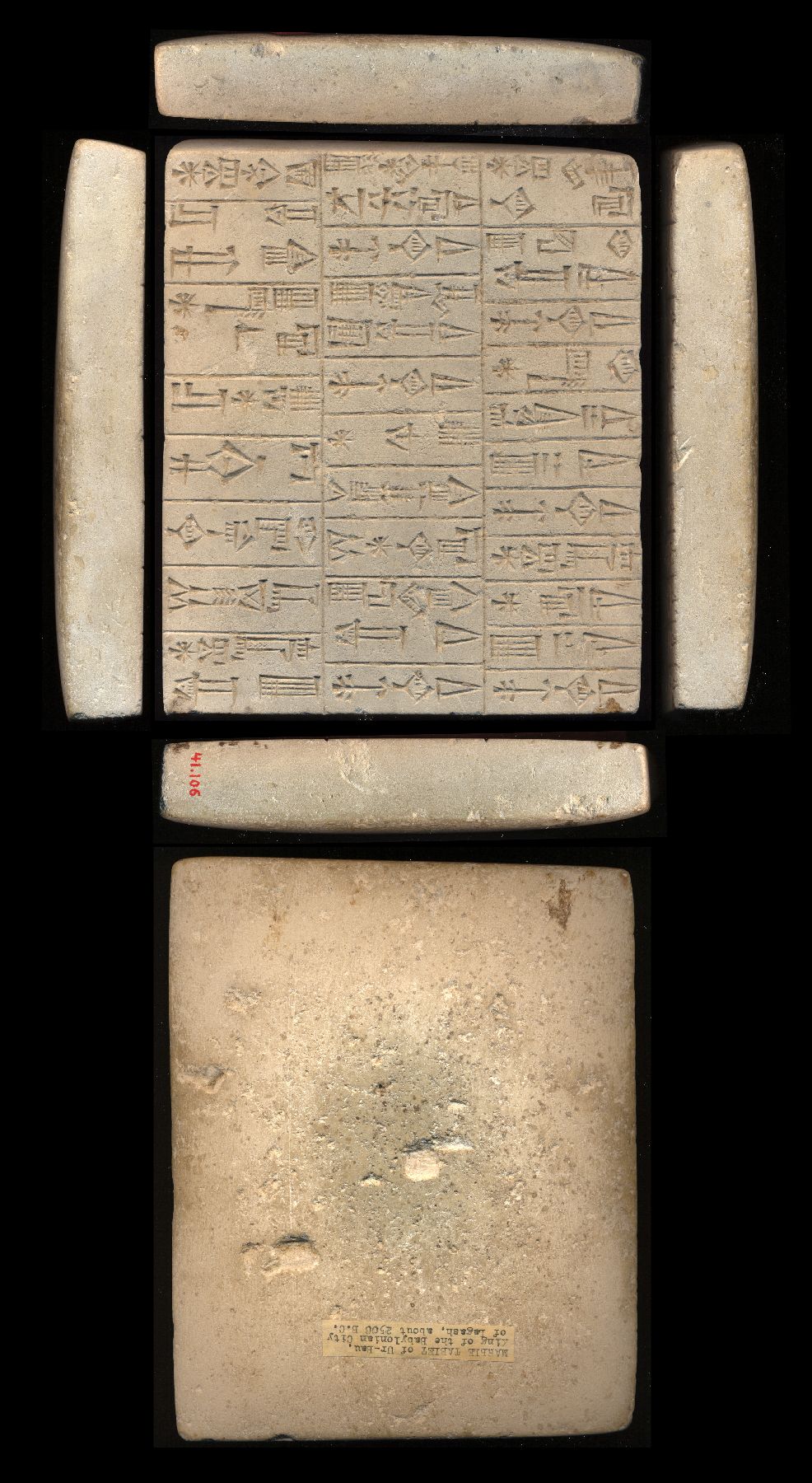 The cuneiform script records the order of King Ur-Bau of Lagash to rebuild the temple of its main god, Ningirsu. Ur-Bau was the predecessor of the famous King Gudea. The tablet also mentions that Ur-Bau built temples for other deities to demonstrate his political influence and power.