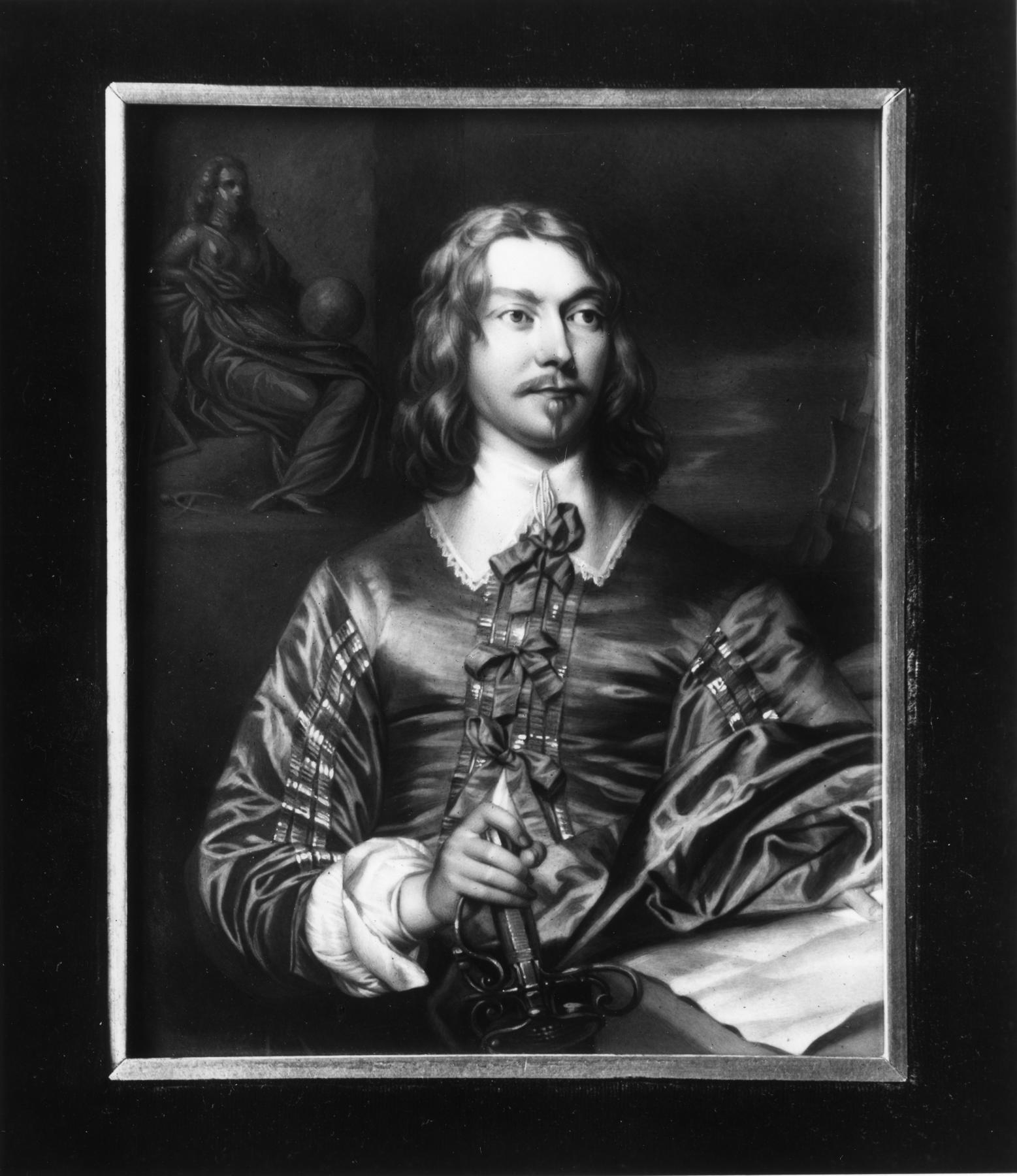 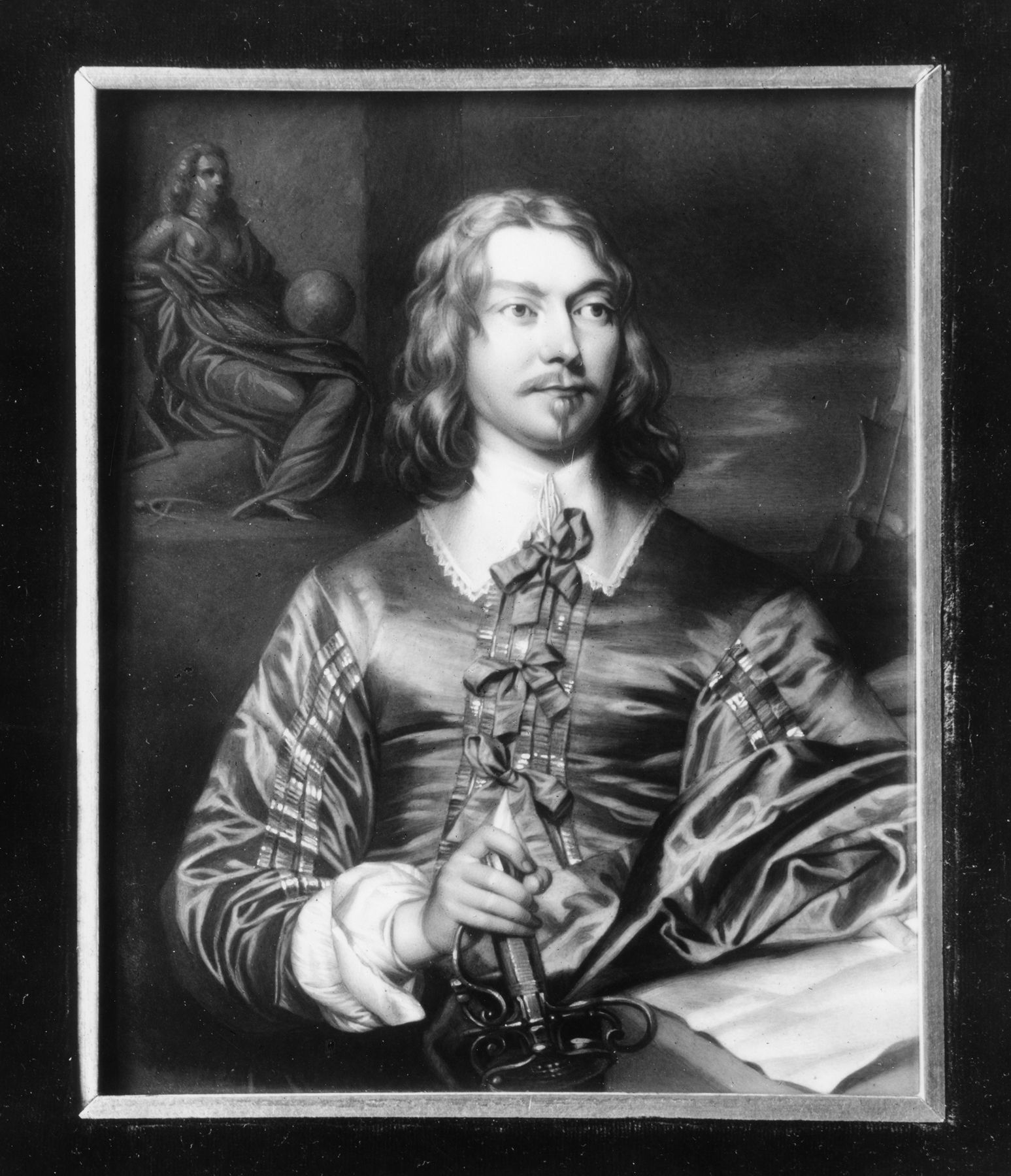 Sir Charles Lucas after a painting by William Dobson

Henry Pierce Bone's father, was the noted enamel painter Henry Bone (1755-1834) and his mother was also decended from an artistic family. Henry turned to enamels after first painting mostly in oils. He was appointed successively enamel painter to Queen Adelaide, and to Queen Victoria and the Prince Consort. Several works by the artist can be found in the Royal Collection. He typically copied other paintings for his emanels, such as with this example and his series of British monarchs.

The original painting Bone is copying here is by William Dobson, who became painter to King Charles I after the death of Anthony Van Dyck in 1641. The sitter was a cavalry leader who was court martialled during the second civil war in England, and was regarded as a royalist martyr after the restoration of Charles II.

[Inscription] On reverse (?): Sir Charles Lucas. London, Feby 1843. Painted by Henry Pierce Bone Enamel Painter to her Majesty and H.R.H. Prince Albert, the Queen Dowager and H.R.H. the Duchess of Kent. From the original by Dobson in the possession of F.R. Saye Esq. Formerly in the collection of Lord Methuen, Corsham House, Wilts.