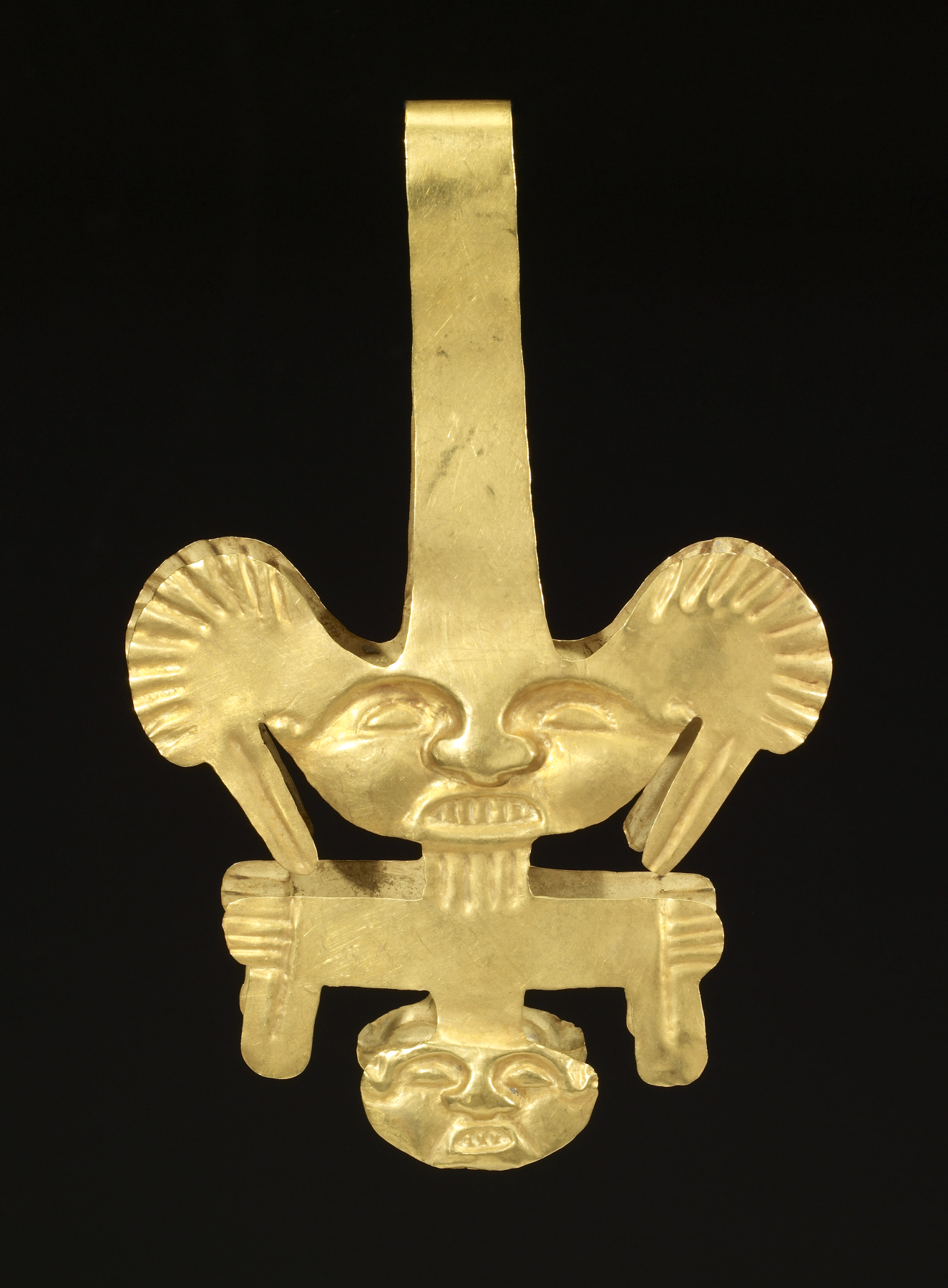 Before undertaking a ritual to invoke the sacred, a holy person or ruler had to purify themself, inside and out. He or she might purge himself with laxatives, take saunas and ritual baths, and in some cultures, would remove hair from their faces or bodies. In Colombia, the contemporary Kogi people (who trace their ancestry to ancient peoples such as the Calima) frequently tweeze off their eyebrows before rituals. This may symbolize rebirth, recalling the scanty brows of infants. This golden object was likely both a decorative ornament and a functional tweezer, although probably it was used only in ritual performances.