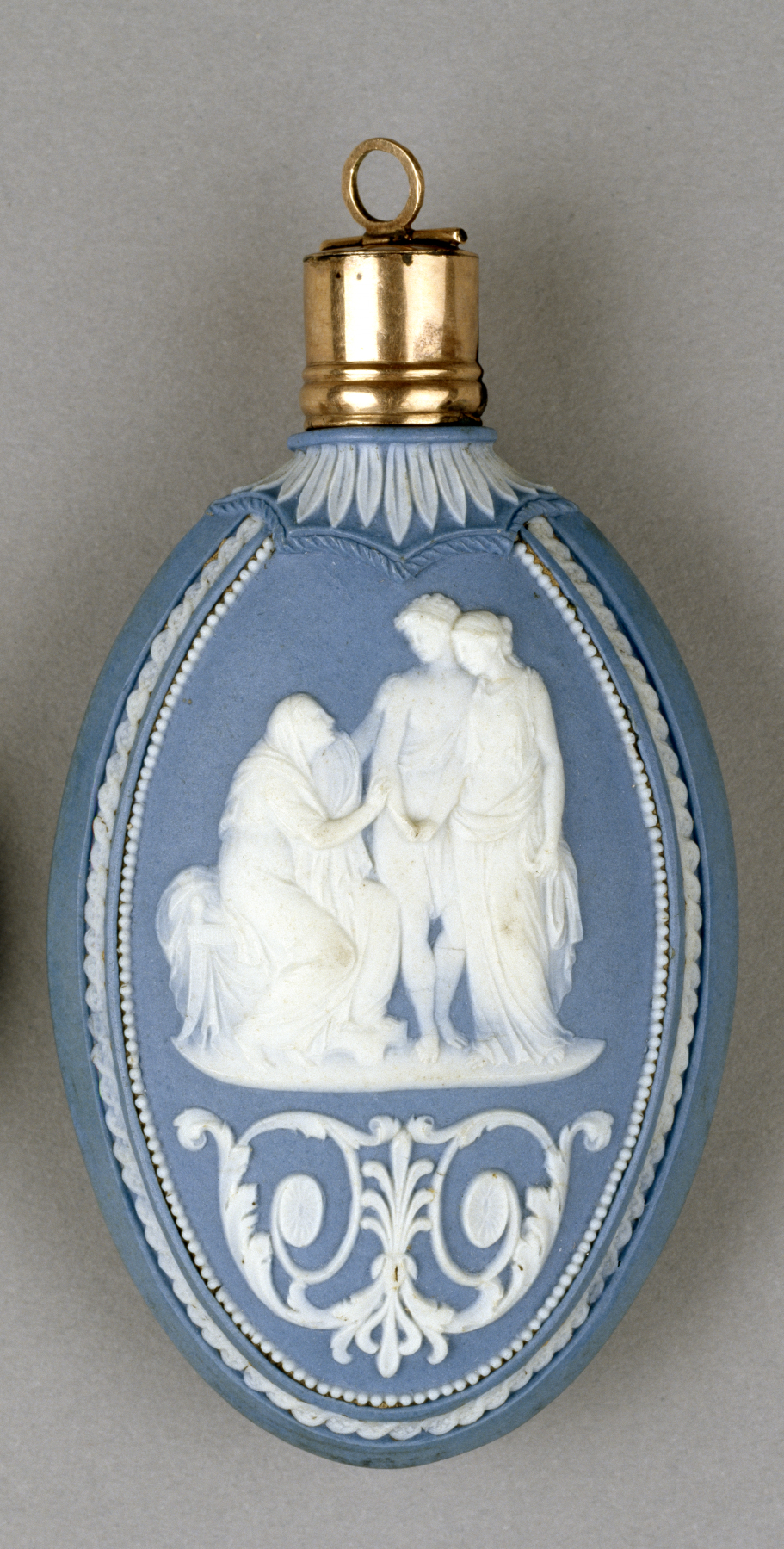 In 1774, Josiah Wedgwood (1730-95) introduced the unglazed jasperware with white relief decoration on pastel or black backgrounds for which the firm became famous. The technique was used for ornamental cameos that appealed to the late 18th-century passion for ancient cameos and intaglios. This scent bottle is decorated with a young couple in front of an elderly seated woman, and on the other side, with two women making an offering on an alter of Love. Eros is hiding behind a mask on the alter and stretches out his hand to receive the offerings. The metal cap of the scent bottle has a loop so it could be worn.