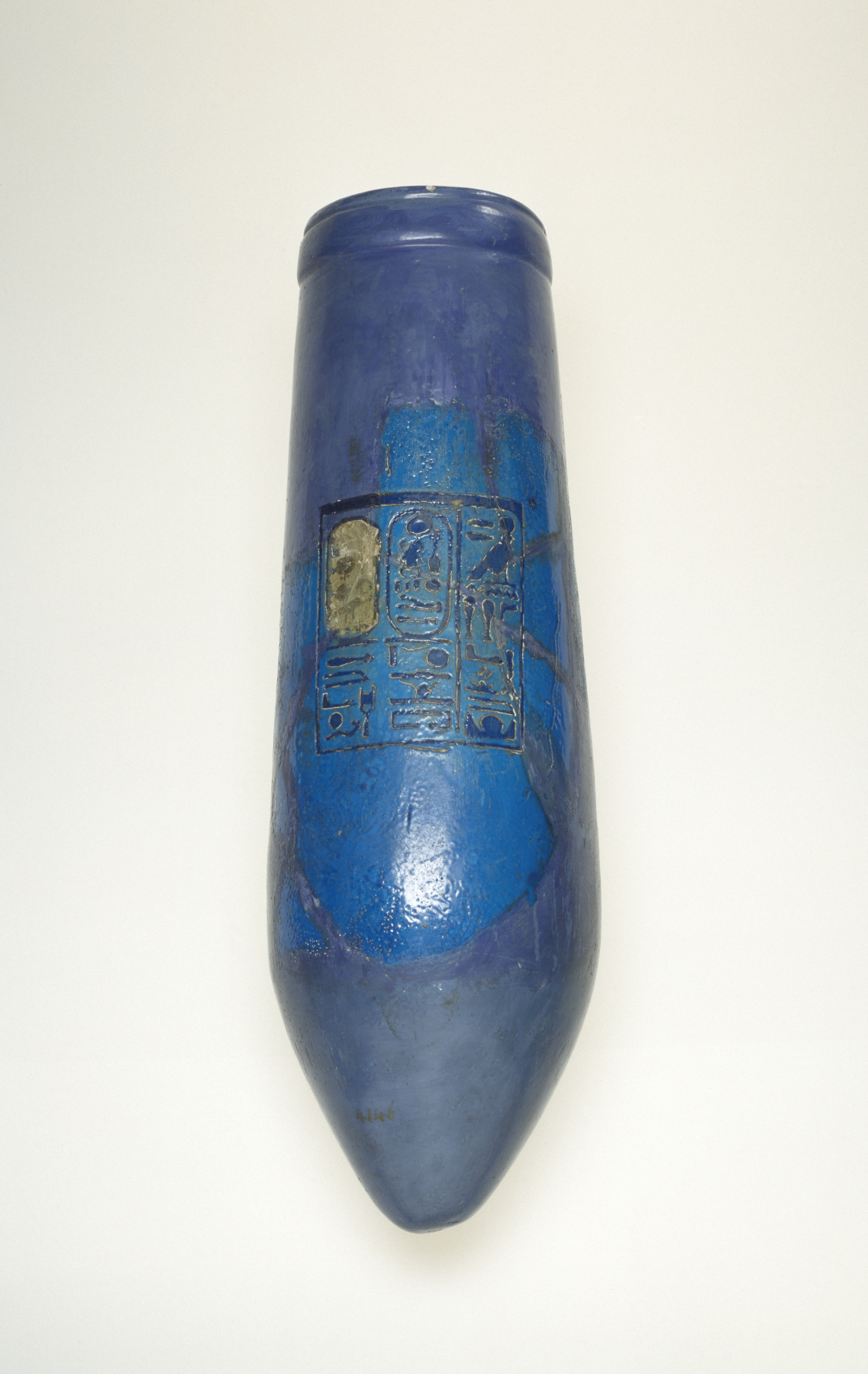 Situla with Erased Cartouche of Akhenaten

Situlae were vessels used to pour offerings of milk or water in purification rituals. They take the form of a human breast and were associated with the goddess Isis. Situlae were found in temple treasuries at Amarna, the city built by the pharaoh Akhenaten to honor Aten, the sun-disk deity.

This vessel continued to be used after the demise of Akhenaten and the king's birth name has been erased. It has a central field containing three columns of inscription executed in dark blue glaze.

[Translation] "High priest of Re-Harakhty, who rejoices on the horizon: Nefer-kheperu-Re Wa-en-Re, who satisfies Re (in his) temple, [Akh-en-jth], whose lifetime is long."